“The Duck” – Exhibition by Belgian Artist Michaël Borremans at Rudolfinum

Three new paintings, along with twenty-five other works (paintings, film & video) from the Belgian artist Michaël Borremans are being exhibited for the first time at the Galerie Rudolfinum. While this exhibition, titled The Duck, has been closed due to COVID-19, artwork from The Duck and interviews with Borremans can still be viewed on the gallery’s website.

The Duck began with a video and a film, bringing visitors onto Borremans’ stage as if he sets up the actors on the screen. There were two videos positioned on the left-side wall and one large vintage film projector at the entrance. The two “paintings” on the left were Borremans’ figures that moved like “moving pictures.”

The larger projected image showed a black and white film of three men with blurred faces sitting in chairs each slightly apart from each other. This loops for one minute, with no movement from the men and only a change of lighting.

Nothing is static in the almost empty room as the figures move within the frame and alert the viewer to Borremans’ affection for cinema, daring us to forget where we are and tune in to the moving images. The videos loop slowly, stirring up a physiological response and bringing about the question of what will occur next. Borremans builds the anticipation even higher in the next room with his silent painted works.

His lifelike stills are not really “still” though. Borremans bases his paintings off of real-life photographs, making the transition between real-life, video and the painted world appear seamless. This somehow continues the theme of movement throughout his work, and blurs the lines of what is real and what is imagined by Borremans as the images move on.

Each subject in his paintings contains a story, locked by time and space and frozen on canvas. Each painting also captivates the viewer by what is not seen, whether it is a face turned away, an unnatural pose, or something more sinister. For instance, in his painting Amy, a person is stitched in by a garment covering their full-body so they cannot be seen. All of his works share a similar discomfort, veiling the subject in some way, physically or emotionally.

Borremans’ artworks are similar to films by Darren Aronofsky, who made Hereditary (2018) and The Lighthouse (2019), sharing this nuance of psychological horror that asks viewers to question if everything is alright within the subject matter, and if one should stay to find out. If one sticks around, one sees that Borremans is not afraid to scare; he leans into the aggressive silence of his paintings and says, “wait.”

The Duck by Michaël Borremans and curated by Petr Nedoma was supposed to have closed April 12th. 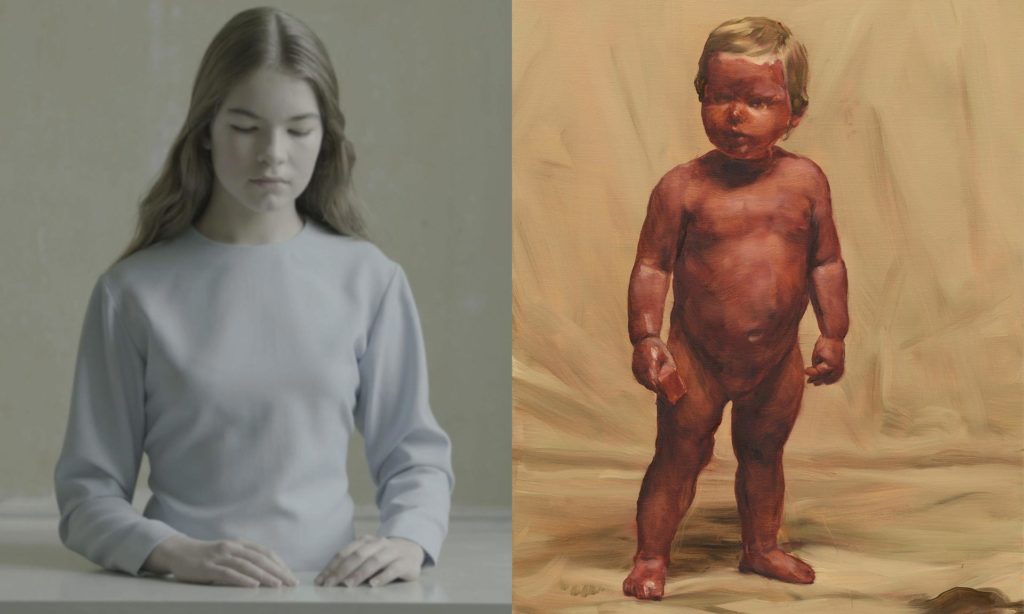 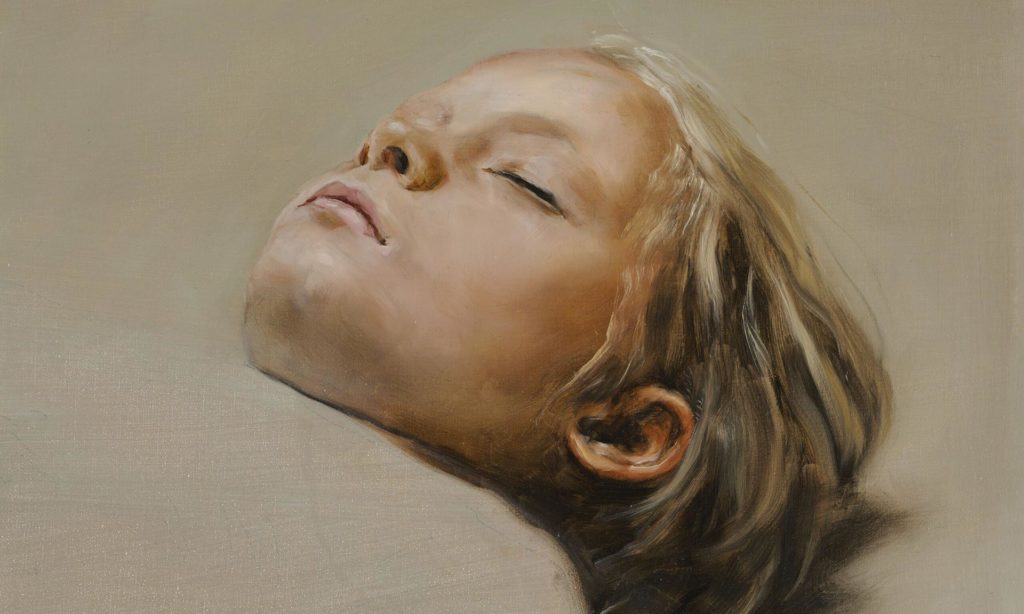 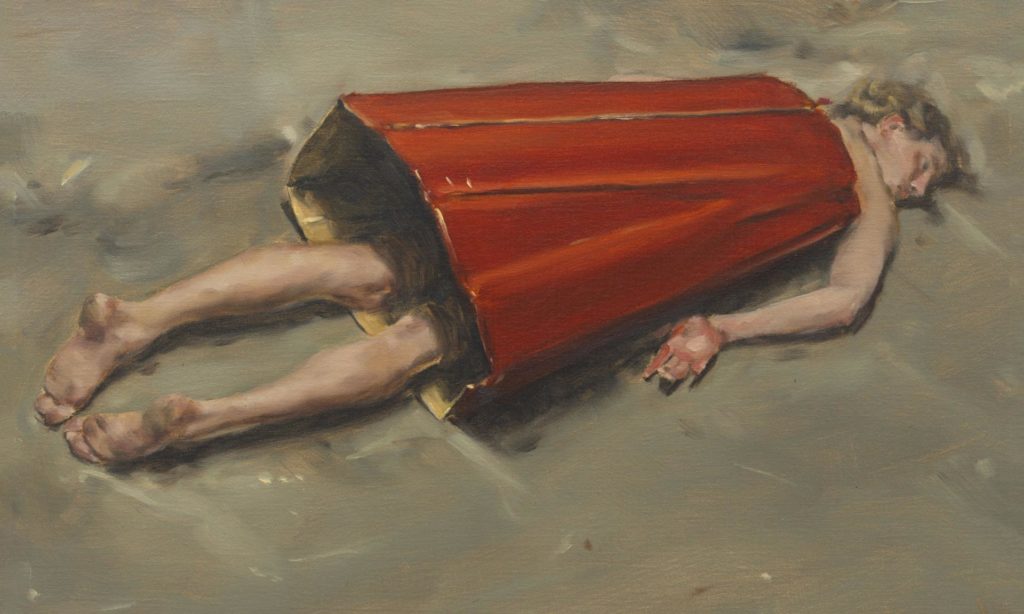