T2 Trams Are Coming Back to Prague After 56 Years

Tram enthusiasts rejoice: DPP ceremonially christened two T2 cars in the courtyard of the Střešovice depot on February 21. These historical trams will now be put back into commission after 56 years.

The trams were given registration numbers 6003 and 6004, and they were seen in the streets last weekend with camouflage during test drives. Before returning to operation, however, the historic appearance of the trams were restored by employees of Ekova Electric. Their repair cost 10.4 million CZK.

DPP expects to deploy the trams mainly on the nostalgic line 23. The public will be able to take the T2 trams for the first time on the first weekend in March (Saturday 7-Sunday 8) on line 2.

The trams will be on display in the streets of Prague in the coming days. DPP is currently training the drivers for another two weeks. DPP will also equip the cars with contactless terminals for the purchase of tickets, so those interested in the first ride on line 2 on the weekend of March 7 – 8 can buy their tickets directly in the car. DPP is also preparing a series of promotional items featuring the T2 trams, which will be available for sale at the Public Transport Museum or via the DPP website on the first weekend in March.

After their removal from the local fleet in 1996, they were purchased by a transport company in Liberec, where they remained in operation for another 22 years. Until 2018, the cities of Liberec and Jablonec nad Nisou were the last operators of these trams.

The Liberec car No. 18 was in operation with passengers from January 1959 to November 2018 – almost 60 years, which is an unprecedented record in the history of Tatra trams.

The T2R trams are a modernization of the legendary T2 trams produced by Tatra Smíchov and ČKD Stalingrad in the mid-1950s and early 1960s. The designer of these trams is František Kardaus, who is also responsible for the designs of Tatra 603 or Škoda RTO.

A total of 771 cars were produced between 1955 and 1962 and delivered to Czechoslovakia and the Soviet Union. From the beginning, the trams were developed as unified four-axle wagons, which were intended to unify and streamline the previously fragmented fleet of all Czechoslovak cities operating trams at 1000 and 1435 mm gauge.

The last run of a T2 tram on the regular Prague Public Transport line was made in November 1964, on line 21.

Until now, the only monument to the T2 in Prague was the second prototype No. 6002, which has been part of the company’s museum collection since 1977 and underwent extensive renovations in the 1990s.

However, this car may have technical limitations and be operated only under extraordinary measures. “Knowing the historical significance of T2 and the existence of the last two regularly operated vehicles in Liberec, the project of deploying two T2 vehicles on nostalgic line no. 23 was launched,” DPP said in a press release.

“Within the public transport, we are not only concerned with the reconstruction of tram tracks, expanding the tram network, modernizing the fleet or increasing passenger comfort. I also fully support leisure activities related to public transport. That is why we have launched two repaired T2 trams today, which will return to the rails after almost 56 years and will be running on nostalgic line 23 in Prague,” said Adam Scheinherr, Deputy Mayor for Transport and Chairman of the Supervisory Board of DPP.

“After the T3 Coupé project, it is another interesting piece in the colorful mosaic of Prague public transport,” said Jan Šurovský, member of the DPP board. 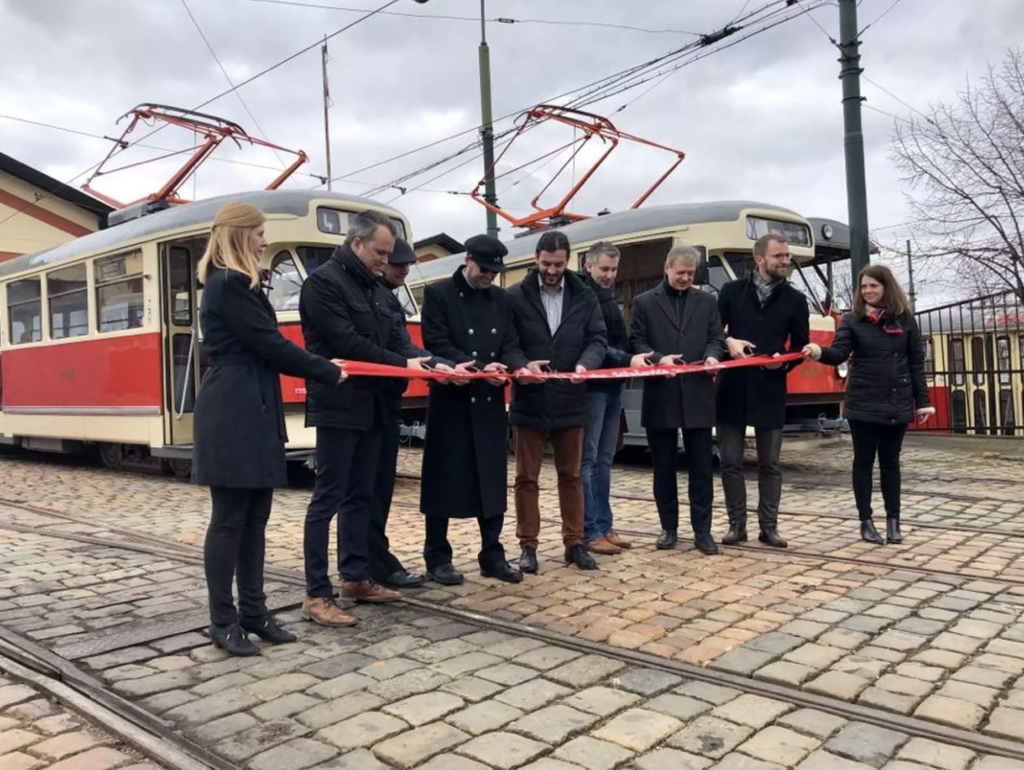 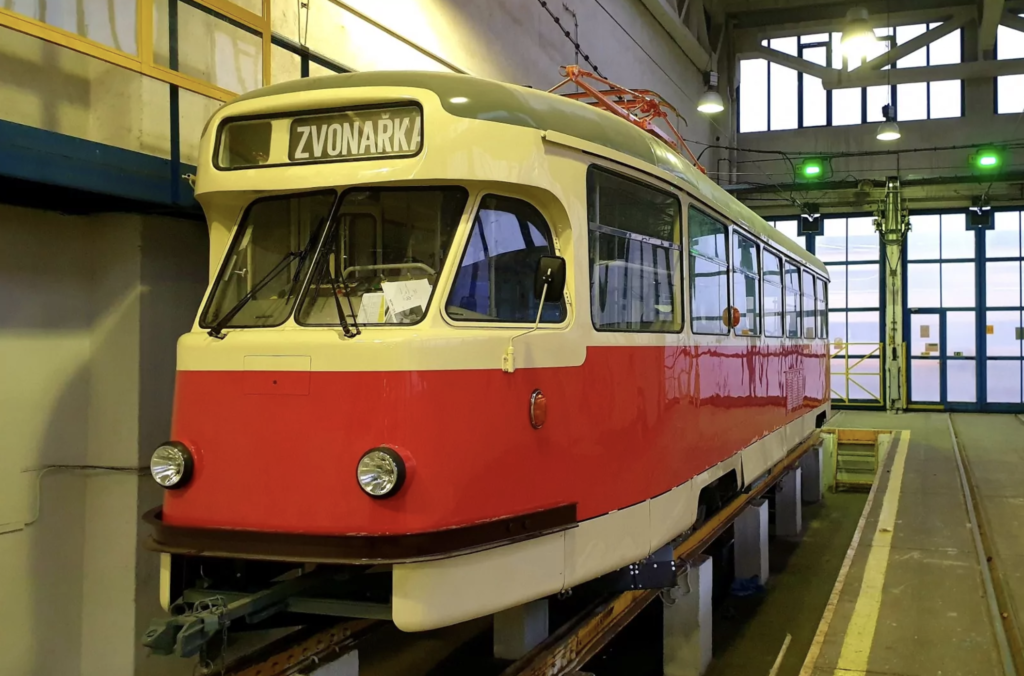