What’s On in Prague This Weekend

In 2002, while sorting through the basement at the Basilica of Saints Paul and Peter in Vyšehrad, members of the church stumbled upon several relics, one of which was labeled as the shoulder blade of St. Valentine.

It is believed to have been brought to Prague in the 1300s by Holy Roman Emperor Charles IV, who lived in Vyšehrad, the castle that houses the church. St. Valentine’s bone is now on permanent display and celebrated with a mass every February 14th.

But is it authentic?

Jan Kotous – director of the Royal Collegiate Chapter of SS Peter and Paul – admits the church could try and do DNA testing today and compare the relic with remains in Italy, where St Valentine is believed to have died in 269. That, however, would be difficult and time-consuming. Furthermore, they consider their documentation more than sufficient.

In other words, as befits any religion, the truth behind this relic is simply a matter of faith.
St Valentine’s shoulder is now on permanent display at the Church and a special mass is celebrated on Valentine’s Day.

Today, there are no fewer than 10 places claiming to house relics of St. Valentine around the world, including the Basilica of Santa Maria in Rome, Roquemaure Church in France, and Whitefriar Street Church in Dublin. 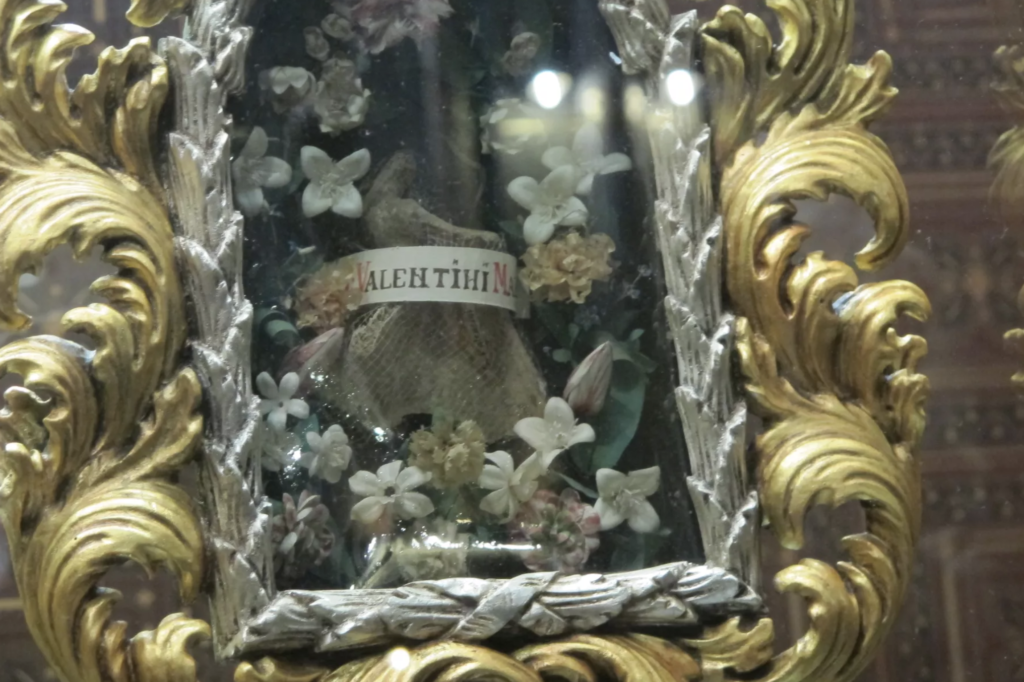 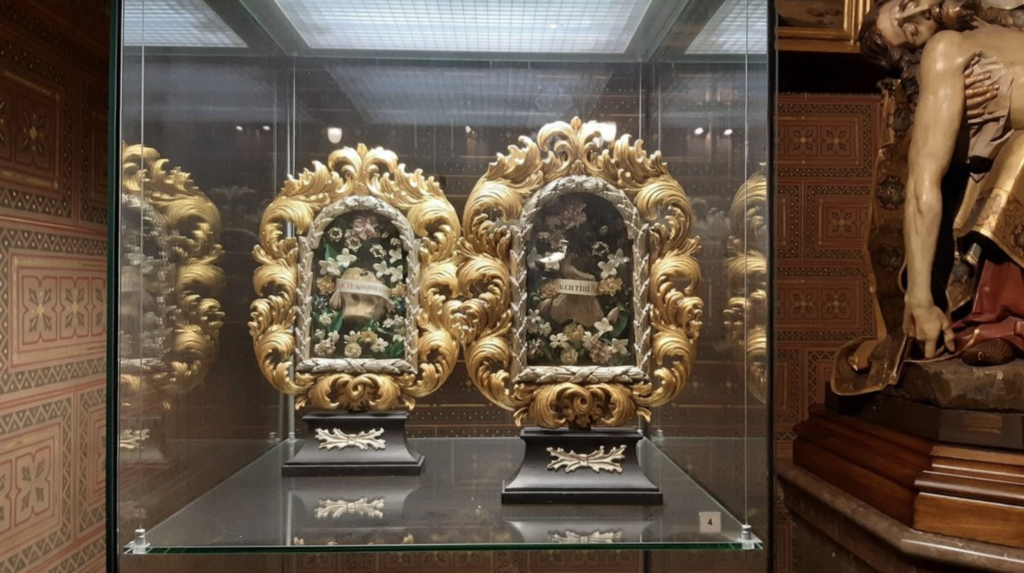 St Valentine of Terni was a bishop who died martyr’s death back in the 3rd century. At this time, Emperor Marcus Aurelius Claudius abolished marriage because he considered married men to be bad soldiers.

Allegedly Saint Valentine kept wedding lovers in clandestine secret in Rome and advised married men not to go to war and to stay with their wives. When the secret came to light, Claudius ordered Valentine’s execution on 14th February 269. However it was not until the end of the 70s Valentine’s name was included in the liturgical calendar, but today he counts amongst the most famous of saints.