The commemorative banknote “Glory to Ukraine” was issued in the Czech Republic at the beginning of April.

The design was created by the illustrator Eva Hašková, and is decorated in blue and yellow colors.

The front of the banknote depicts the Independence Monument, located in the heart of Kyiv. The reverse side depicts St. Sophia Cathedral and a map of Ukraine within internationally recognized borders.

With ultraviolet lighting, the inscription “Glory to Ukraine” in Ukrainian and Czech can be seen on the banknote.

A total of 20,000 commemorative banknotes have been issued. The cost of one banknote is CZK 1,500. All proceeds from the sale will be donated to Post Bellum, which raises funds to help Ukraine.

The banknotes were created by the coin maker České dukáty and the State Printing Works of Securities (STC). 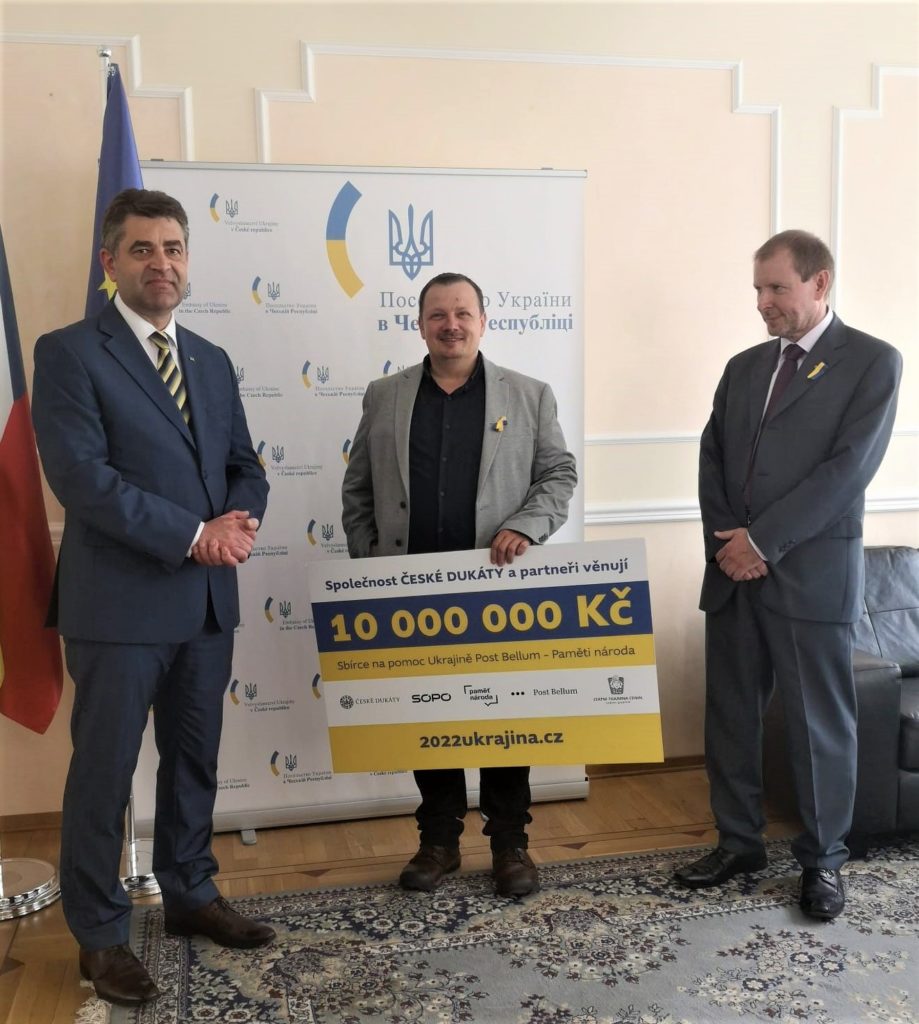 The Czech Republic is one of the five largest military aid donors to Ukraine. The government has allocated more than $100 million in assistance to Ukraine, and more than $50 million has been transferred to the embassy’s charity account in almost three months.

“The first [element of assistance] is what the Czech government donates to Ukraine, such assistance already exceeds 100 million dollars, I would even say it’s about 130 million dollars. The second is that Ukraine buys directly from Czech producers. And the third is what our embassy implements jointly with the Ministry of Defense,” Ambassador Extraordinary and Plenipotentiary of Ukraine to the Czech Republic Yevhen Perebyinis said in an interview with RFE/RL.

According to him, the account opened by the Embassy of Ukraine in the Czech Republic for charitable contributions has received more than $50 million in almost three months.

The embassy buys weapons and military equipment for this money and, with the help of the Czech Defense Ministry, sends them to the places where this equipment is needed most.

Share via: The Škoda 1100 OHC is one of the rarest and most famous cars in the automotive museum…