Following the success of the yearly Prague Beer Fest, Permanent Pragovka is launching a new festival this next week dedicated exclusively to sour beers.

This smaller, more intimate festival promises guests a large selection of 9 sours, including an Ale, a Weiss, and a lambic beer.

The variety is remarkable and offers beers otherwise difficult to find in Prague. Combined with the atmosphere, this festival will not be one to miss.

Permanent Pragovka is a craft beer bar and garden located in Pragovka, the formerly industrial neighborhood in Prague 9 that has seen a massive revitalization as of late into one of Prague’s most happying artsy neighborhoods.

The bar–which has served a vital role in the rebirth of the district–was opened more than 4 years ago and has been providing the community with events dedicated to beer ever since.

The bar itself is contained within one of two shipping containers, with the other featuring a grill offering new takes on traditional Czech and American fare, with burgers, fries, sausages, and more.

Other than its beer selection, Permanent Pragovka is famous for its huge burgers that pair perfectly with any draft beer. The bar–beyond the specific offerings of the festival–has 12 taps, mostly featuring local Czech craft beers alongside a few imports.

The ambience is top-notch–right next door to the Pragovka Art District, there is plenty of public art to enjoy and beautiful murals right on site.

It’s hard not to be reminded of the post-industrial bars cities like Berlin and Budapest are so famous for. Moreover, while not in the center of town, it is right next to the Kolbenova metro stop so getting there should not be an issue.

While you’re there, the neighborhood is worth exploring–it will inevitably begin attracting tourists soon enough. The Sour Beer Fest is happening on June 22 through June 23rd and is sure to be a big hit. 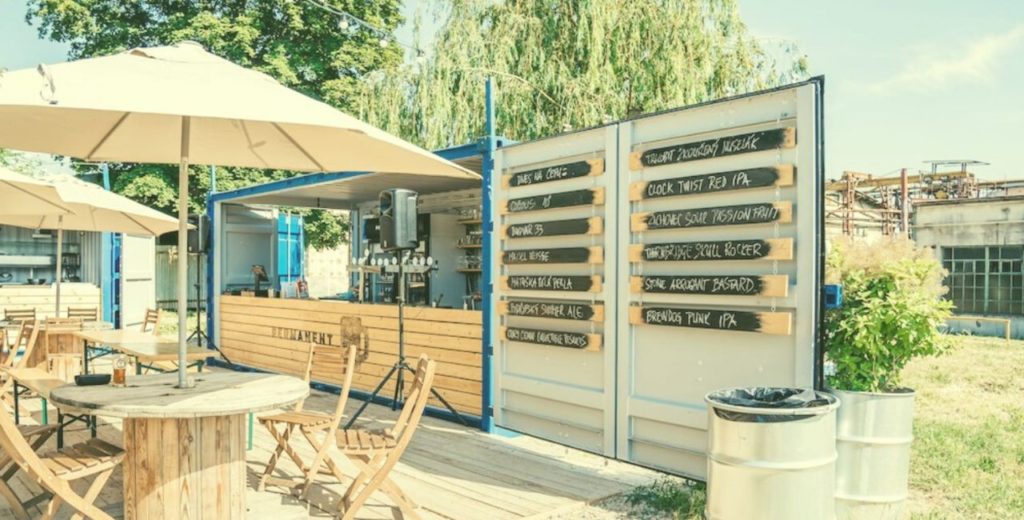 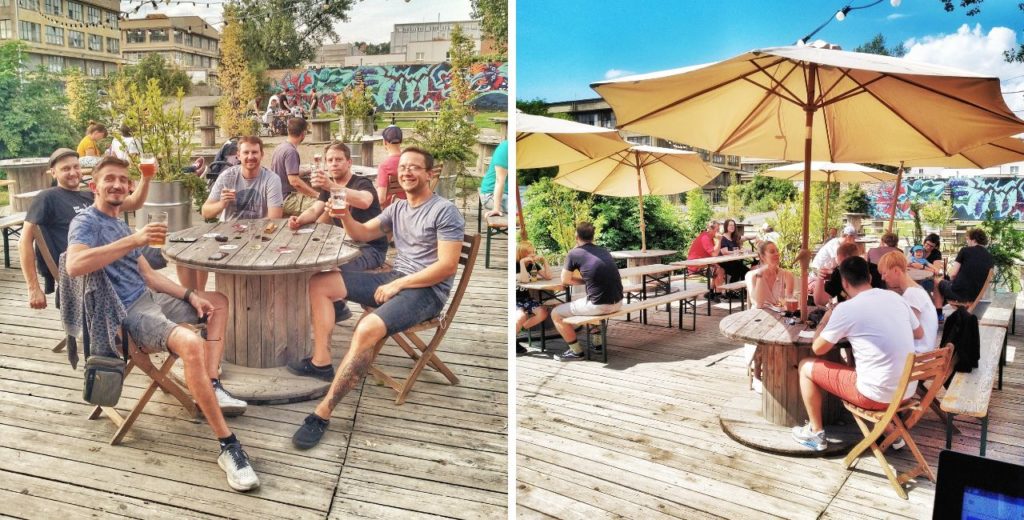