By 2025, 100 new high-speed chargers for electric cars will be built in Prague. Pražská energetika and Škoda Auto are jointly working to build them, following a memorandum of cooperation signed on Monday.

In the Czech Republic, there are already more than 15,000 battery-powered or hybrid-electric cars, mainly concentrated in Prague.

There are already around 2,000 recharge points available throughout the Czech Republic. Both parties to the memorandum have nominated representatives to a working group that will identify the locations where the construction of charging stations will have the greatest effect.

By the end of 2025, approximately 200 charging points should each be built in the capital within a hundred HPC racks, each with an output of at least 150 kW.

There are expectations that there could be as many as half a million electric cars in the country by 2030.

The switch to electric vehicles will come with a larger government push to diversify its energy sources, and to move away from dependence on fossil fuels and towards renewable sources.

Major carmakers in Germany, South Korea and Japan — known as original equipment manufacturers or OEMs — are now making decisions about which production hubs to convert into solely EV-producing facilities.

The top contenders, analysts say, will be the ones that send the right signals.

Central Europe is facing stiff competition from other production hubs in Europe, including Spain, which has spent €14 billion on developing an EV “ecosystem” and promoting sales to consumers. That investment has paid off: the country is already building dozens of EV and hybrid models, and is attracting major new investments.

In Central Europe, Slovakia is leading the pack, with nine models in production or on the drawing board. But the Czech Republic, Hungary and Poland are producing only a handful of models each.

A lack of government support for expanding the EV fleet in the region — where sales are only a fraction of those in leading European markets — could also put the countries at a disadvantage as carmakers mull where to build electric cars.

Capitals point out that the high price of EVs is a significant issue for consumers in the region. But the Czech Republic, for instance, offers no financial incentives to help out potential buyers.

A spokesperson for the Czech ministry of industry and trade said the government will allocate €1.3 billion to promote EVs and charging infrastructure — but that money is slated to be stretched over a decade.

The industry now hopes that — given estimates of a CZK 186 billion (€7.5 billion) boost to GDP and 40,000 new jobs — the government will step in to secure a key project: a €4.4 billion battery “gigafactory” that Volkswagen said it wants to place in the region. 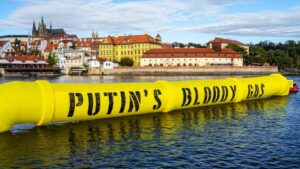