Prague Airport One of the Hardest Hit by Coronavirus Pandemic

To prevent the spread of the COVID-19 pandemic, countries around the world have taken a variety of restrictive measures.

Prague Airport is one of the most negatively affected airports in Europe: the number of passengers fell by more than 800,000, amounting to a drop of 65 percent year-on-year.

Prague Airport, together with Berlin’s Tegel and Schönefeld airports and Munich Airport, showed the largest percentage decrease when it comes to passengers handled. All four hubs had about 65 percent fewer travelers in March.

However, when considering absolute numbers, the number of passengers fell the most in Frankfurt by a total of 3.5 million. 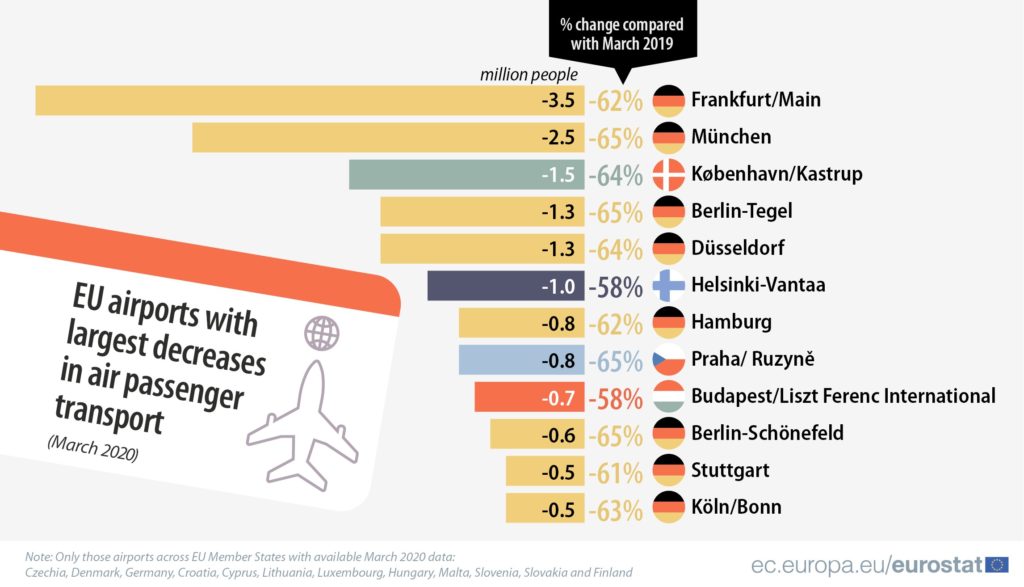 “None of the dozen EU airports shows a deeper percentage drop in the numbers of checked-in passengers than Prague’s airport,” said economist Lukáš Kovanda from the Czech Fund.

He also added that in January and February of this year, the number of passengers handled at Prague Airport was higher year-on-year, exceeding the value of one million in both months.