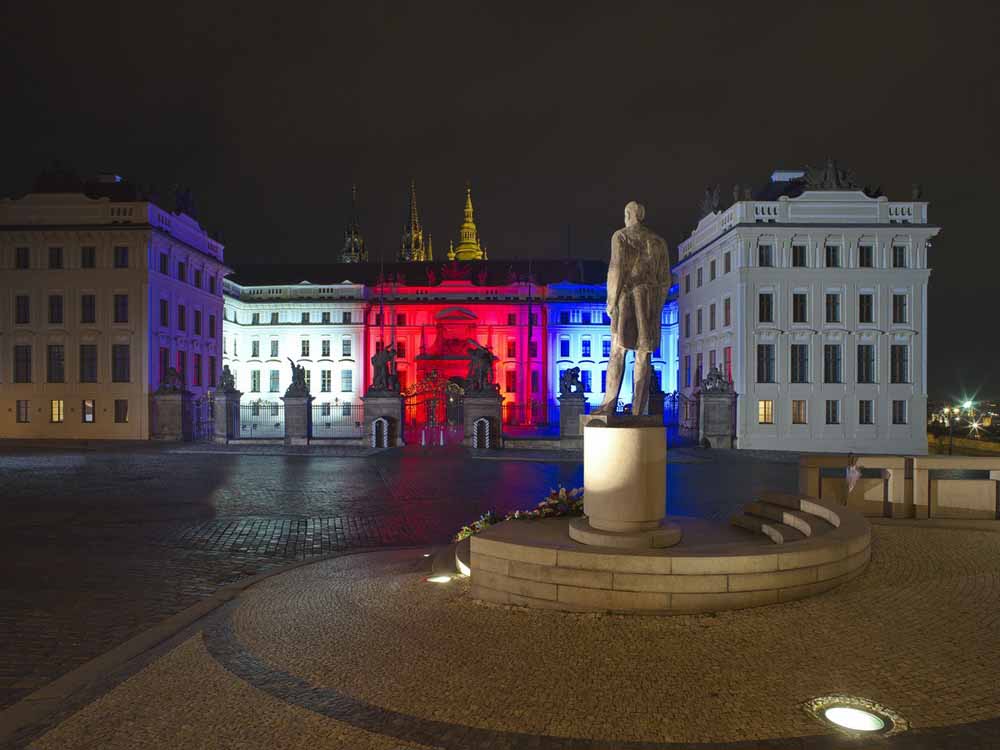 On Tuesday, November 17, at 5 pm and 11 minutes, the Czech singer Aneta Langerová will perform the song Modlitba pro Martu (Prayer for Marta) from the balcony of the National Theater.

The iconic composition will be played throughout the city, public television as well as via radio waves.

At the same time, thirty buildings around Prague will light up with the colours of the Czech flag, such as Prague Castle, the Congress Center, the Žižkov Tower, the Petrin Tower, the Dancing House, the Straka Academy, university buildings and the headquarters of several companies.

People will be able to virtually light a candle on Národní třída via an online order, after which volunteers will light a candle for them in real life.

“We have tried to bring as much of the celebrations as possible into an online environment. This format will allow us to prepare, for example, a longer theatrical performance or a whole block of thematic debates on the street,” says Lukáš Černý from the assocation Díky, že můžem (Thanks That We Can)

November 17th is not at all just an ordinary day in the Czech Republic. It is a very important day for Czechs not only for one but for two reasons.

The original event that 17 November commemorated was the resistance of student demonstrators in 1939 to the Nazi occupation of Czechoslovakia. Initially, a student named Jan Opletal was shot in a protest and died on 11 November.

His funeral, attended by thousands of students, turned into another anti-Nazi demonstration.

Fifty years after such oppression, in 1989, Czech students organized a demonstration to commemorate the student martyr Jan Opletal and the International Students Day. It started off as an officially-sanctioned march but turned quickly into demonstration demanding the resignation of the country’s communist government. Students were brutally beaten by riot police.

At least 167 people were injured. One student was reportedly beaten to death, and – although this was later proved false – this rumour served to crystalize support for the students and their demands among the general public. A number of workers’ unions immediately joined the students’ cause.

This demonstration, which took place on November 17, 1989, is believed to have sparked the Velvet Revolution which eventually led to the freedom of the Czech people.