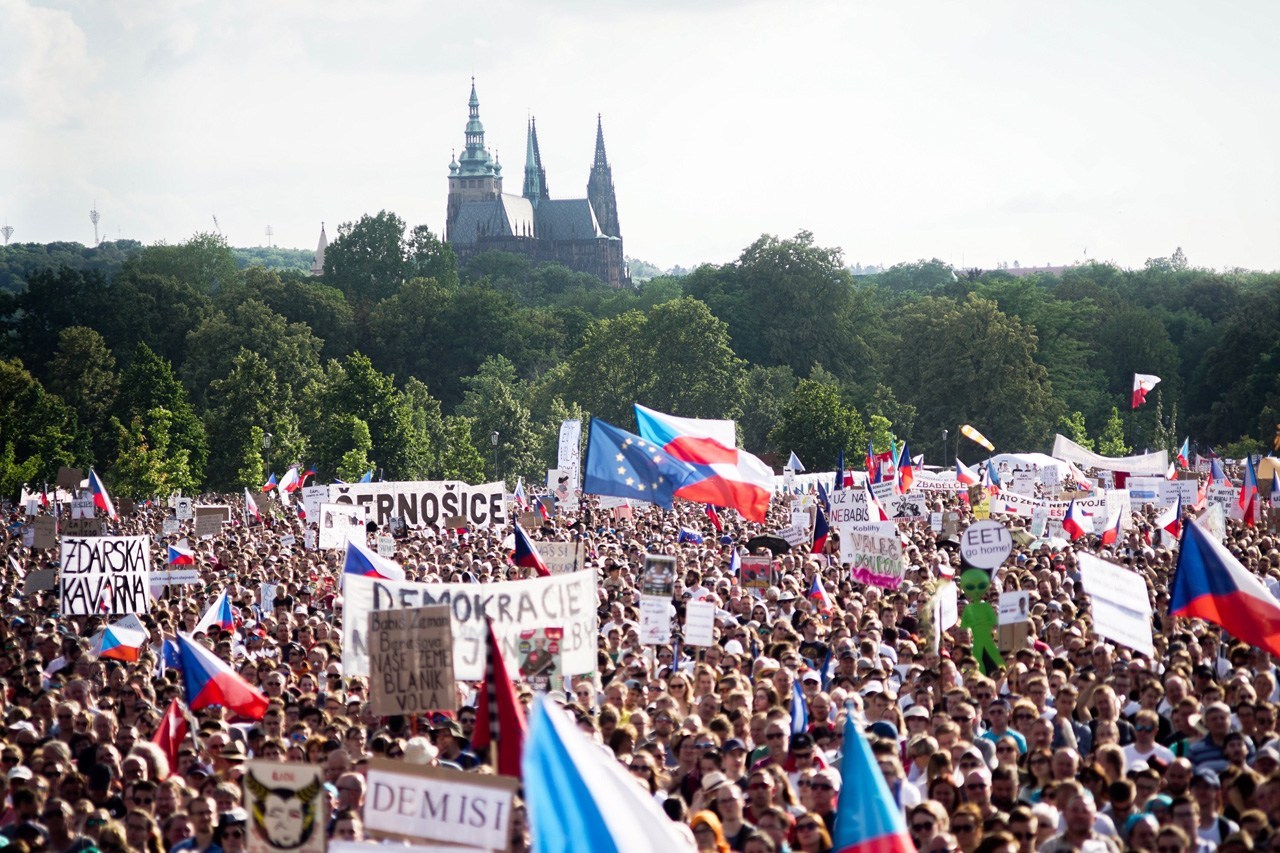 To commemorate the beginning of the fall of the communist regime, which occurred on the 17th of November 1989, the organization A Million Moments for Democracy (Milion chvilek pro demokracii), has decided to organize an online anti-government demonstration.

“The coronavirus crisis has confirmed a fundamental fact – an authoritarian (PM Babiš) who has everything under his thumb won’t help us amidst a difficult situation, we will rather find help in cooperation.”

According to them, the current situation has clearly and definitively exposed the deep political crisis that has come from the Czech government, wasting a number of years primarily helping themselves and diminishing the basis of politics to mere marketing and simple slogans.

A Million Moments for Democracy, which actively organizes anti-government protests and has succeeded in getting a quarter of a million people to Letná twice already, encourages the people: “The pandemic is at its highest point. Its safety, economic, and social consequences can’t be predicted. It’s important to band together and overcome the crisis together. It is, therefore, up to every one of us to put in the effort and bounce back as soon as possible.”

If it weren’t for the pandemic, the organization would be holding another protest at Letná. “At the moment, that [another protest] isn’t possible. COVID-19 has been suppressing public activities and social gatherings ever since January. Nevertheless, it is necessary for us as citizens to express our opinions. It is necessary for us to do this together. We’ve found a new way to do this. We’re going to be holding the biggest online demonstration.“

The demonstration will take place on the 16th of November at 18:00 on the eve of the Day of Fight for Freedom and Democracy, when supporters will ‘get together’ through a video transmission that they will be able to attend.

We have a critical year ahead of us, during which we need to put in maximum effort to truly incite change in the parliamentary elections. The democratic parties must-win,” says the chairman and spokesperson of A Million Moments for Democracy Benjamin Roll, who succeeded former chairman Mikuláš Minář.

Minář decided to enter the world of politics and established his own movement with which he will run in the next parliamentary elections.