On May 7th, freshly arrived Wehrmacht and Waffen SS units started attacking from the North and east of Prague.

Some of the most intense fighting took place in Strašnice, just east of Žižkov.

The district was important because it housed the reserve radio station, to which the Czechoslovak broadcasters were forced to move after a 500kg bomb dropped by a German jet-fighter had destroyed their equipment in the main building of Czechoslovak Radio.

Luckily a resistance unit had managed to capture some Hetzer tank destroyers and keep the Germans away from the radio station.

German bombers flew in on May 7 and bombed the city, causing the destruction of most of the Old Town Hall; the centuries-old building was almost completely gutted and had to be torn down.

The top of the tower was also destroyed, and damage was caused to the famous Astronomical Clock. The Germans’ superior firepower gradually overwhelmed the Czech fighters, whose ammunition was insufficient.

While all this was going on, German leaders accepted the inevitability of unconditional surrender.

Armored and artillery units pushed their way through the barricades, using civilians as human shields along the way. Upon hearing the news of Germany’s surrender, the Russian Liberation Army (ROA), who had been successful in slowing the German advance on the city, left Prague to surrender to the US Army.

On May 7, 1945, the German High Command, in the person of General Alfred Jodl, signs the unconditional surrender of all German forces, East and West, at Reims, in northeastern France.

At first, General Jodl hoped to limit the terms of the German surrender to only those forces still fighting the Western Allies. But General Dwight Eisenhower demanded a complete surrender of all German forces, those fighting in the East as well as in the West. 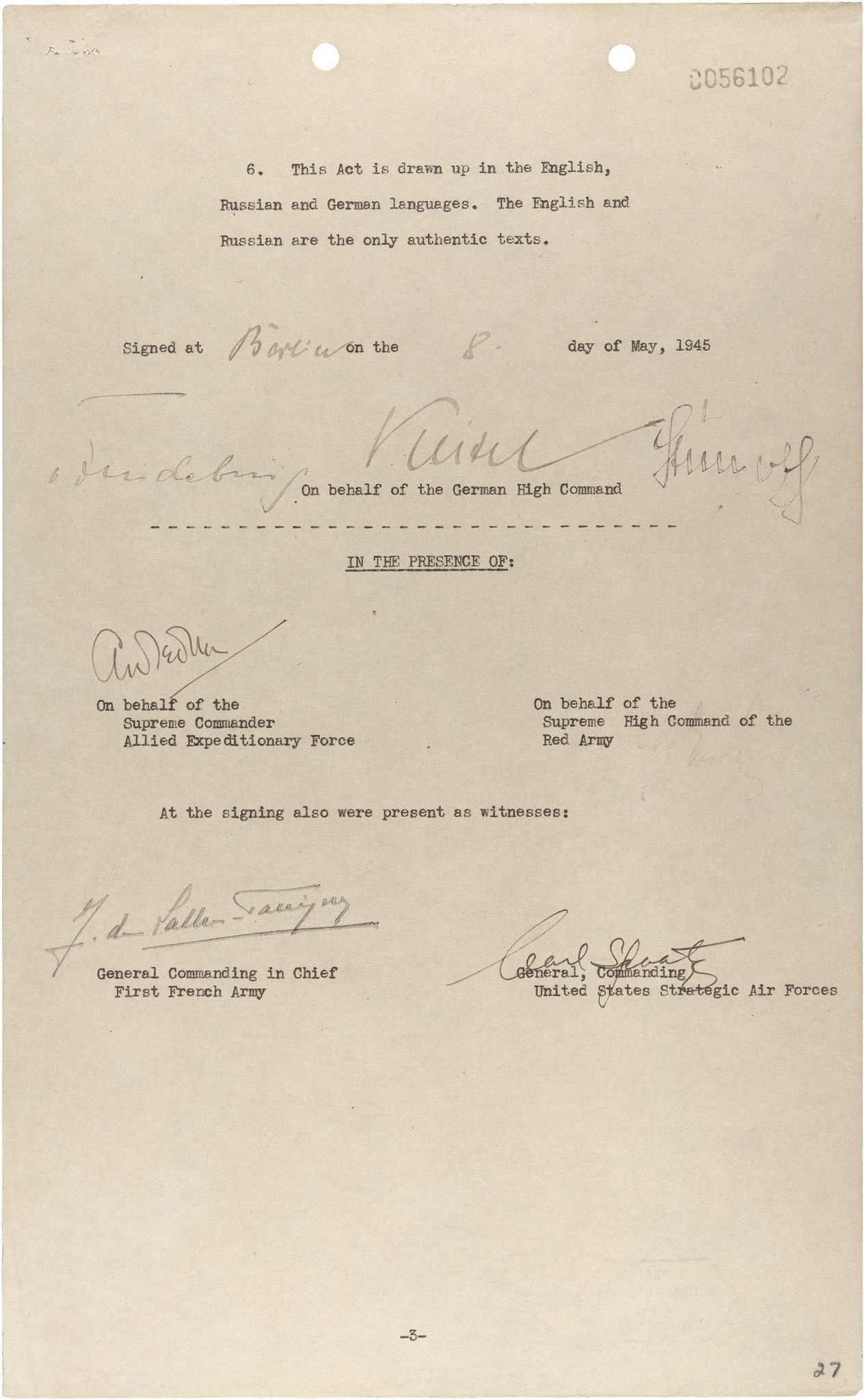 May 6, 1945: When the Germans Retook the Main Radio Station in Prague

Today, May 5th, Marks the 75th Anniversary of the Prague Uprising