As raw snacks gain popularity across the global food scene, Prague is getting its own taste of the popular treats.

Lenka Goldsmidova started her Len’s Raw Delights snack business in the midst of the Covid-19 pandemic. While many small businesses were forced to close and some questioned her timing, Goldsmidova chose to leave her corporate job in the hotel business to pursue her dream.

“If not now, when?” she asked, speaking to Prague Morning.

Living abroad in Australia for many years, Goldsmidova gained an appreciation for healthy lifestyles and products.

Australians were “very aware of what they eat and how much they exercise,” she said. Goldsmidova was inspired by the use of simple, healthy and easily accessible ingredients, which customers “can find in any shop”.

While living in Australia, she began experimenting and making the raw balls for her own use. Her handmade snacks use raw, vegan and gluten-free ingredients which she shapes into colourful balls of many varieties. Goldsmidova’s friends suggested her snacks could become a business, and eventually, she took the plunge and devoted herself full-time to the project.

While she knows the challenges of making a homemade business succeed, she said “even if I fail, at least I know I tried.”

Lenka says her snacks are particularly popular with kids, who often “pull their moms by the leg” over to the stand. She said she has been “kind of surprised that so many moms approach the stand” and “don’t mind spending the money”.

“It’s all about colours and shape,” she said, adding that kids appreciate that she often adds free “treats” – like cherries or strawberries “picked from my garden” – to her boxes of raw fruit-based snacks. 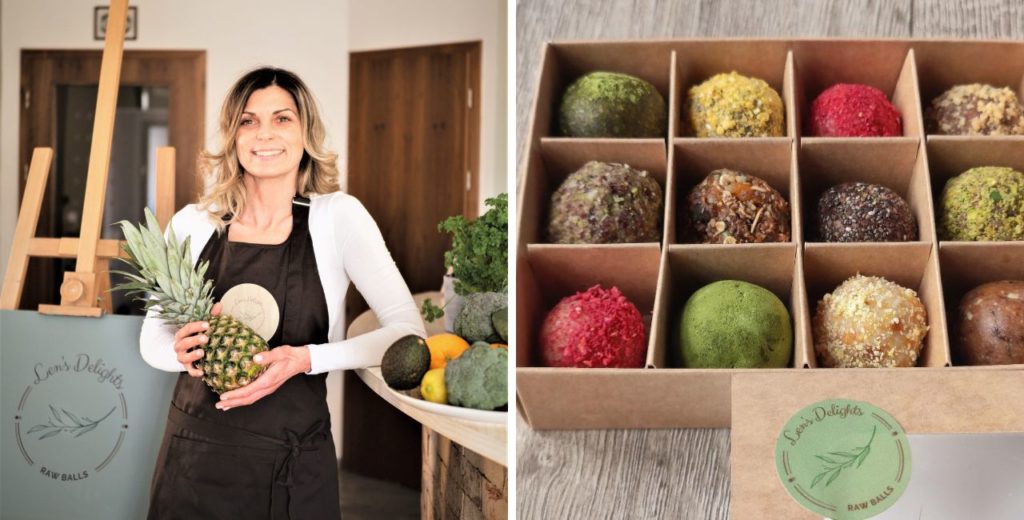 Some of her most popular balls include the “tropical temptation with mango” and “lemon meltaway with raspberries” varieties. Glodsmidova takes inspiration from Czech culture by using traditional ingredients such as poppy seeds, but also has more internationally-influenced variations such as the “Medjool dates & turmeric in white sesame seeds”.

She moulds the snacks herself each day. On a given day at the farmer’s market, she can sell anywhere between 100 and 300 balls, each accompanied with either a “colourful napkin” or a custom-made box. Each ball contains 30 g of fresh fruit, nuts or vegetables.

Lenka spends most of her time running her stalls at farmer’s markets across Prague. Customers can find her on Saturdays at either the Náplavka or Dejvice markets, at Malostranské náměstí on Thursdays, and in Jiřího z Poděbrad on Fridays.

Soon there will be a Len’s Raw Delights e-shop on her website where customers will be able to order all varieties of her snacks, but customers interested in the raw balls can contact her through Instagram and Facebook, or to try one of Len’s Delights, visit Lenka at her stand at farmer’s markets in Prague throughout the week. 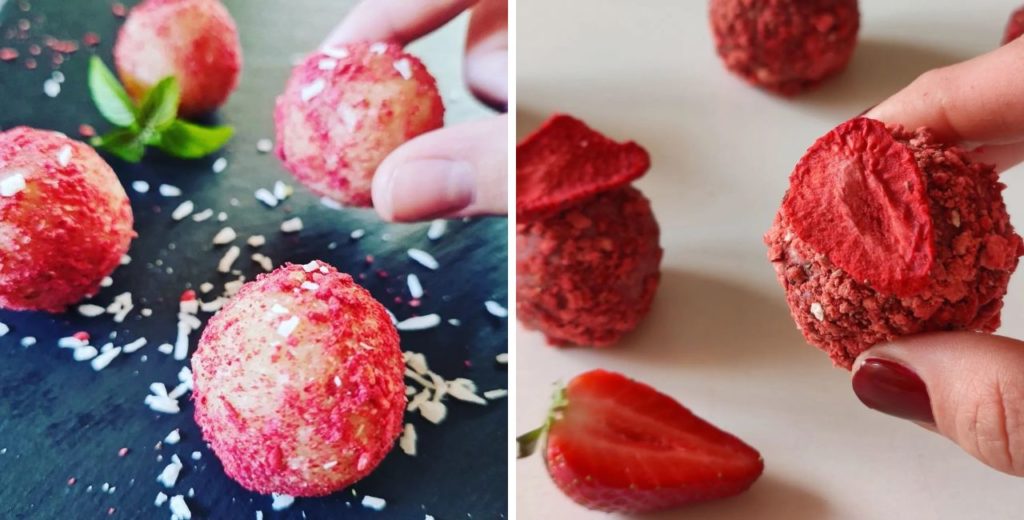