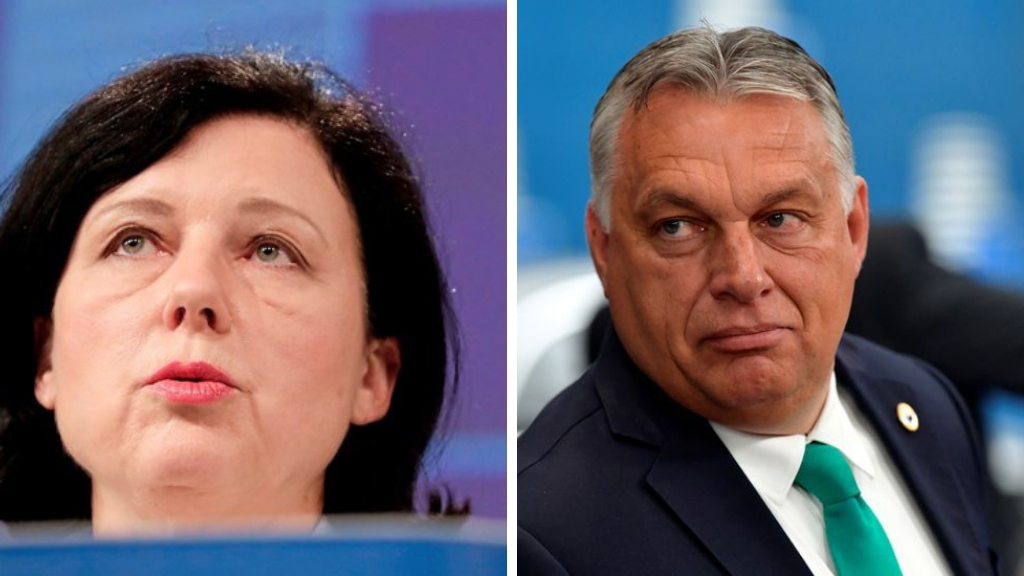 “Mr. Orbán likes to say that he is building an illiberal democracy,” Jourová told Spiegel in an interview published Friday.

“According to the Vice President, in Hungary, a ‘sick democracy’ is being built, and in addition, she insulted EU citizens of Hungarian nationality by saying that they are not in a position to form an independent opinion,” Orban wrote in a letter to Commission President Ursula von der Leyen published on Tuesday.

Jourová “has to resign!” tweeted Varga, a member of Viktor Orbán’s government who holds both the justice and European affairs files.

@VeraJourova has to resign! No democratic institution should tolerate a leader who uses such insults as she did in her Spiegel interview. Defining Hungary as a sick democracy humiliates Hungarian people, contradicts European values and brings shame upon the @EU_Commission!

She has also served as the Czech Minister for Regional Development and Member of the Chamber of Deputies (MP) between 2013 and 2014.

In 2019, Time magazine ranked Jourová in a list of 100 most influential people of the year.