Gregor Hildebrandt’s exhibition “A Blink of an Eye and the Years are Behind Us” is the first of a series of solo artist installations at Kunsthalle Prague and the most extensive collection of his work to date.

The exhibition of more than 80 works is an archive of Hildebrandt’s personal memories, drawing inspiration from music, film, literature, and architecture to create minimalist and abstract impressionist works.

Located in Mala Strana, Kunsthalle is a new art space that seeks to highlight Prague’s multicultural past. The German word “kunsthalle” is representative of laboratories of critical thinking and open dialogue about art and society. Kunsthalle Prague opened its doors in February 2022 with the exhibition “Kinetismus: 100 Years of Electricity in Art” to celebrate the building’s original function as the Zenger Electrical Substation in the 1930s.

The Berlin-based artist’s work takes up two of three exhibition spaces, including his well-known works, some lesser-known pieces, and site-specific installations. Hildebrandt seeks to document his own life and art while also placing a special focus on the Berlin art and music scene. The exhibition will also serve as a venue for concerts and re-staged Berlin exhibitions, including a performance by the Munich electronic group ANNE on December 6.

Hildebrandt began using magnetic tapes from audio cassettes as a vessel for his art at the end of the nineties and branched out to other forms of recording media in the early 2000s, including VHS cassettes and gramophone records. Additionally, his new paintings on display are inspired by the music and melancholy of the British band The Cure. 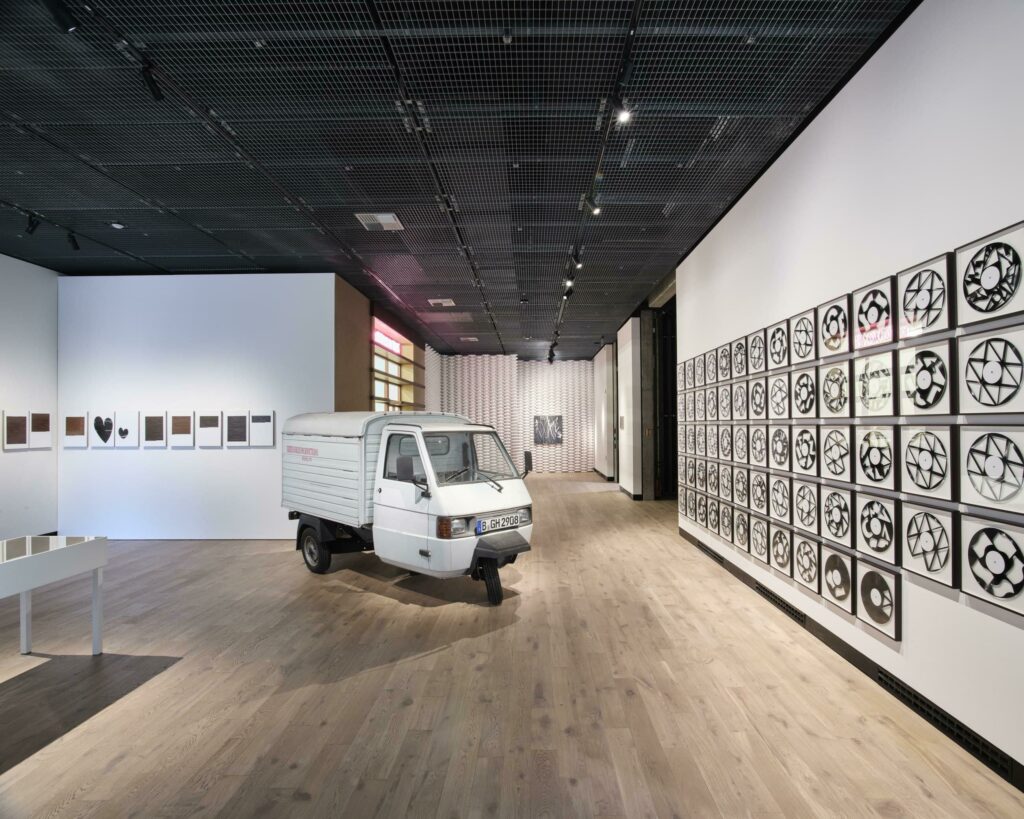 Gallery One includes two site-specific installations both created from the tape of audio cassettes. The first is a massive, brown rectangular prism that extends across the room. The room is also adorned with an impressive curtain made from black and white magnetic tapes that stretches from floor to ceiling. Another monumental showpiece is an oversized chess piece, a floor installation made from chess boards, and a collection of pawns on shelves mounted to the walls.

Both Gallery One and Two feature artworks made from spliced vinyl records laid in intricate patterns. From a distance, the viewer can see the simplicity of Hildebrandt’s art but from up close, the detail emerges. Yet at any distance, his obvious love for music is what prevails.

Upstairs is a model of the Grzegorzki Shows where Hildebrandt has hosted smaller names in the Berlin art scene from the former gatehouse of his own studio since 2017. Guests at Kunsthalle can enter the showroom model, complete with its neon pink sign and green linoleum floors. 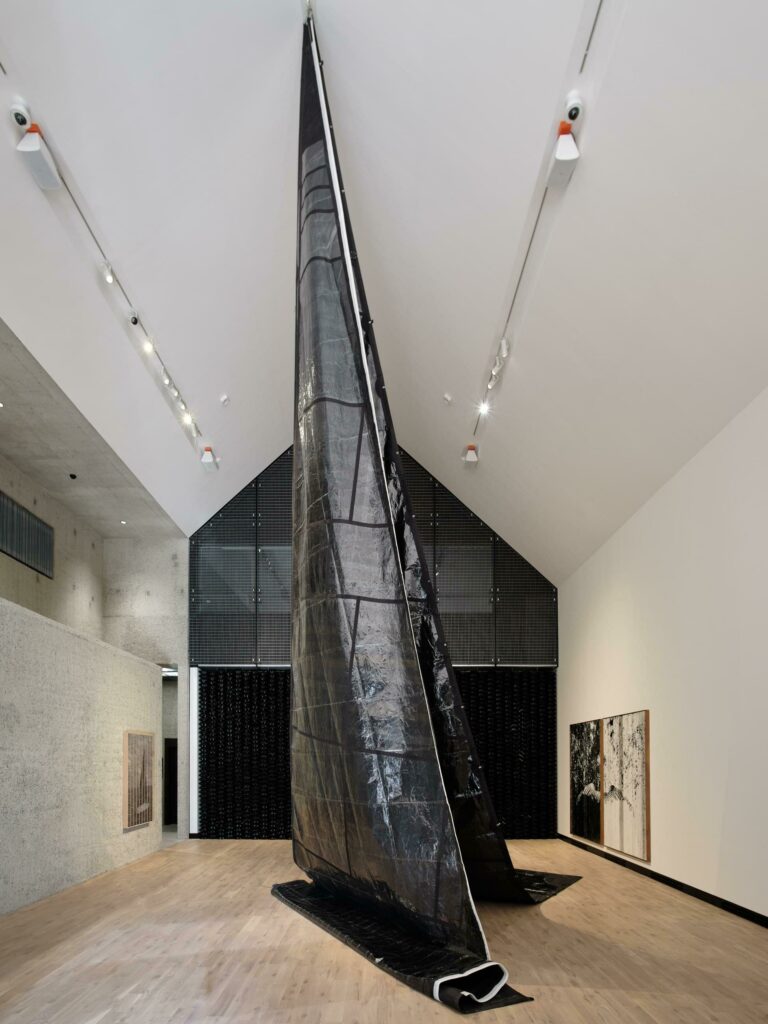 Another notable feature is the black sail, “das Segel” woven from magnetic tapes that fill nearly an entire room of the second gallery. In October 2017, Hildebrandt and a crew used it to sail from Cyprus to Tel Aviv. The tapes used once played music dedicated to travel, the ocean, and sailing.

The exhibition reveals Hildebrandt’s complex analog world, bringing the viewer into it with him. The contrast between silence and sound is integral to the atmosphere, contributing to themes of the mysterious passage of time and simple nostalgia. His use of cultural cues combined with lyrics and sound evokes both collective and personal memories from the audience.

Hildebrandt’s intimate exhibition engages the audience and the Berlin artistic community he is part of; it celebrates both the time that has passed and “the years behind us.”

The exhibition is on display until February 13, 2023. Kunsthalle is open Thursday-Monday from 11-19:00 and Wednesday from 11-20:00. More information can be found on the website.