Prague Pride Parade Not Happening Due to Coronavirus Pandemic

Grom, the “all-natural” Piemontese (Turin-based) gelateria, is set to open its first shop in Wenceslas Square this Wednesday, July 1.

As a welcoming gift to Czech customers, on Thursday, July 2nd, starting from 1 pm, you can taste gelato and coffee for free.

At the beginning of Grom’s worldwide success, the desire of two friends from Turin – Guido and Federico – was making gelato “like it used to be made.” Therefore, they pay close attention to the use of only the best natural ingredients which they grow on the company’s organic farm, Mura Mura near Turin.

“The flavours and colours of our gelato come only from seasonally available ingredients, which in turn are grown or produced by our suppliers without the use of chemical additives,” the founders explain the philosophy of their brand. 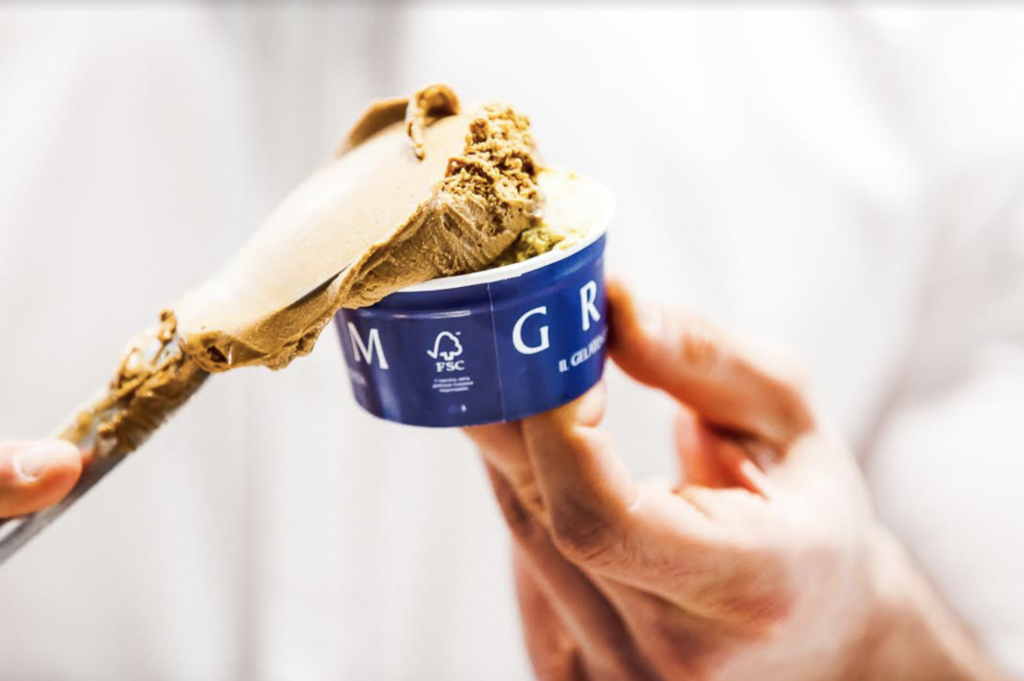 The ice creams are whipped before being served in a glass (or gluten-free cone), which gives them a delightful creamy texture.

Guido and Federico also take great care about the quality of their imported raw ingredients too. Depending on the season, Grom sources its pistachios from Bronte, a town in Eastern Sicily which is legendary for its flavourful pistachios. Two varieties (Perfect Green and Mawardi) are sourced from the Middle East. By blending different varieties and stages of pistachio maturity, Grom creates a balanced flavour.

Stracciatella, the traditional Italian gelato flavour with Fiordilatte and chocolate chips, comes with the crunchy texture of chopped Ecuadorian chocolate.

Czech customers can also enjoy their ice cream at home. In fact, Grom’s gelatos and sorbers are also sold 460ml containers, which have exactly the same quality and taste that you get in their stores, thanks to special packaging technology.

The boxes ​​are available directly in the shop and in online and offline retail networks.

Grom is a Turin-based company founded in 2003 by young Italian winemakers Guido Martinetti and Federico Grom. The company has expanded all over the world and has gelaterias in New York, Los Angeles, Malibu, Paris, Jakarta, Osaka, Dubai or London. In 2015, Grom became part of Unilever. 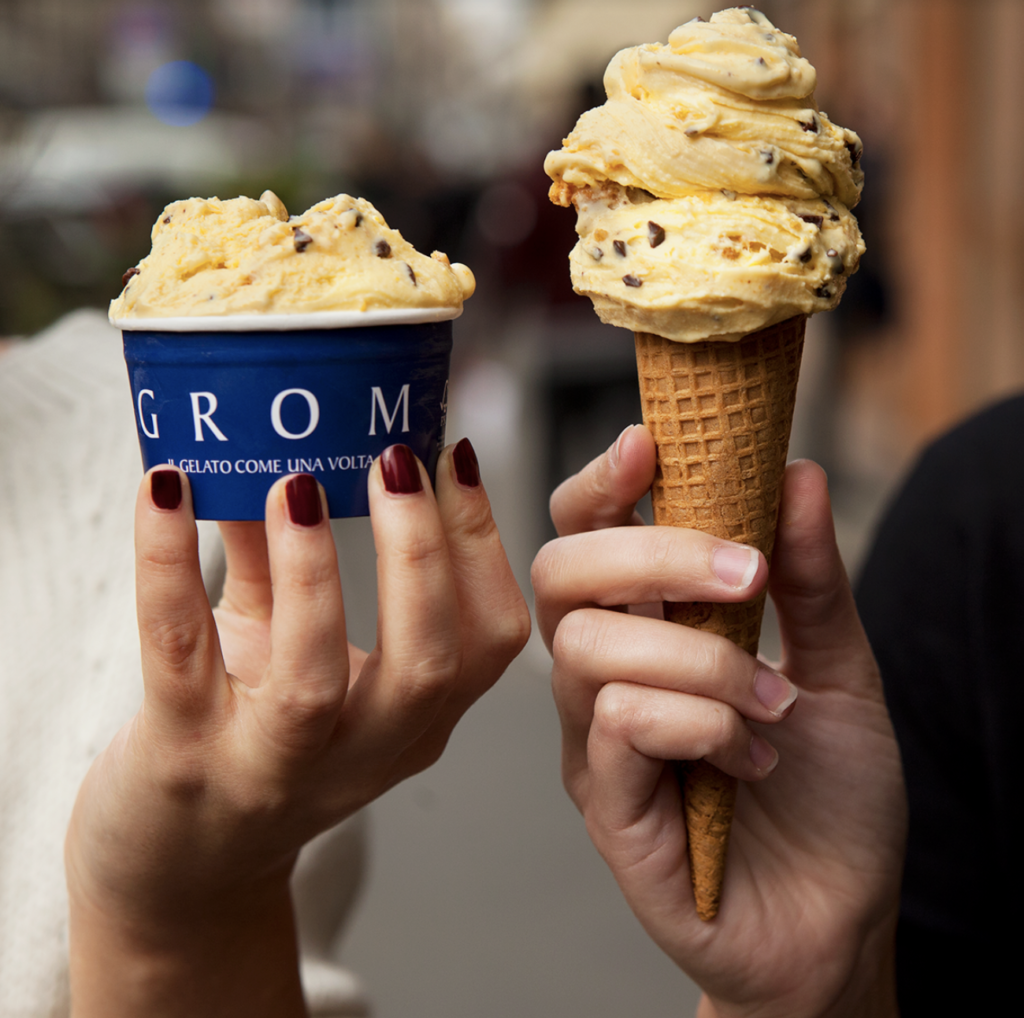 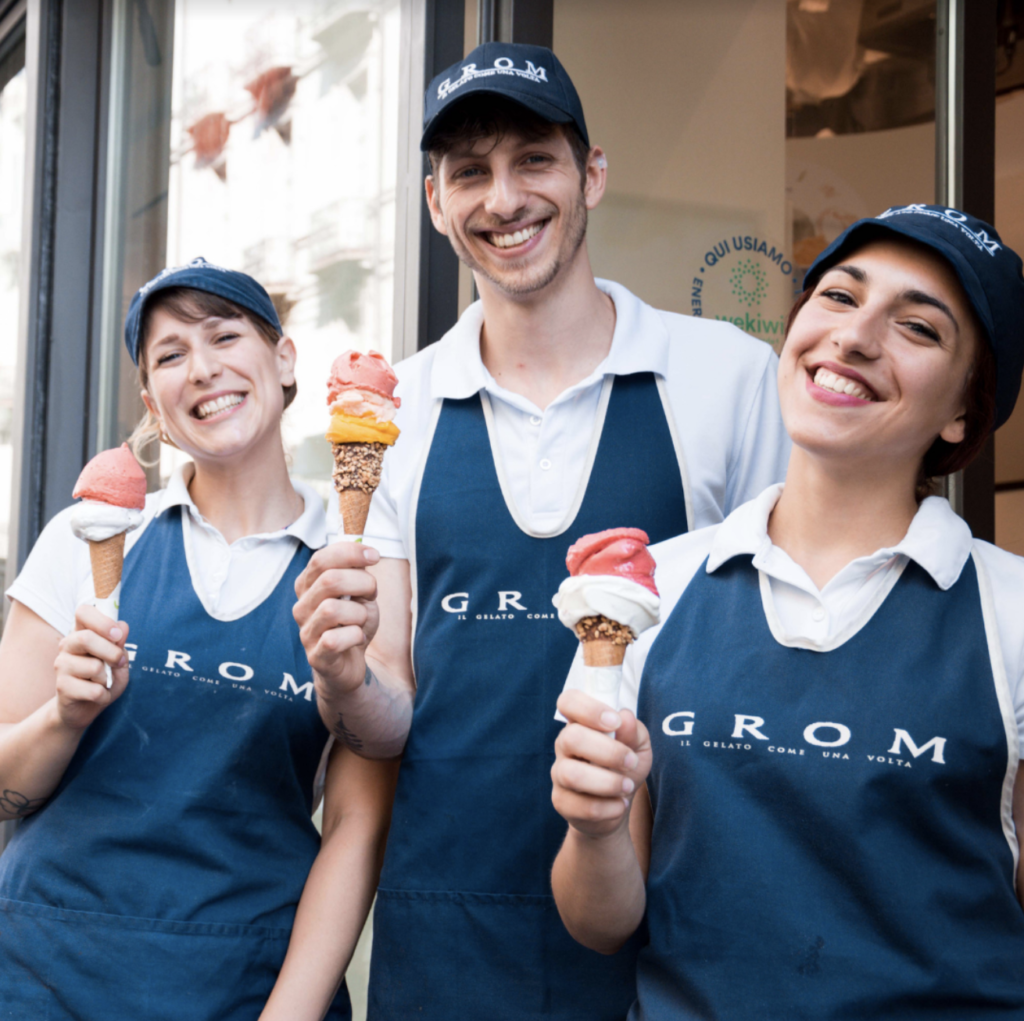