Singapore has retained its top position on the 63-nation list.

Denmark has moved up to the second position (from 8th last year), Switzerland has gained one place to rank 3rd, the Netherlands has retained its 4th place and Hong Kong has slipped to fifth place (from 2nd in 2019).

Arturo Bris, Director of the IMD World Competitiveness Center and Professor of Finance, says, “The benefit of small economies in the current crisis comes from their ability to fight a pandemic and from their economic competitiveness. In part these may be fed by the fact it is easy to find social consensus.” 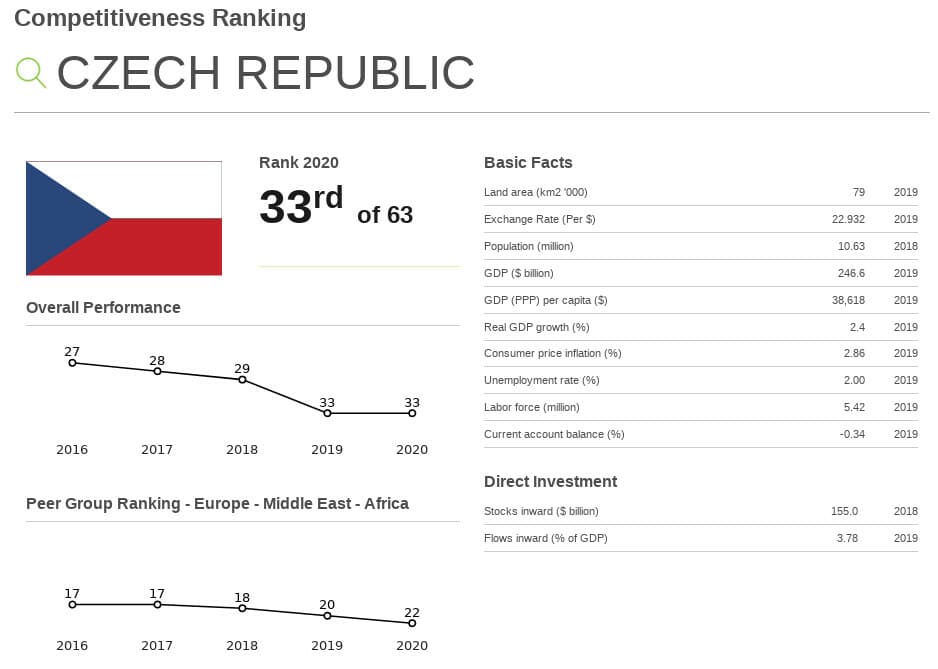 For China, whose economic growth rate fell to a 29-year low of 6.1% last year, economic performance dropped from last year’s second-place to seventh this year due to a slowdown in trade and employment, according to the report.

The Czech economy is set for the world’s fifth-largest downturn this year, according to a report published by the Organisation for Economic Co-operation and Development (OECD).

Only the United Kingdom, Italy, Spain, and France will be harder hit in 2020, the OECD said in a recent report. However, while Czech GDP will contract by 9.6 percent this year it should expand by 7.7 percent in 2021, the OECD said.

One of the world’s most famous competitiveness rankings, along with the World Economic Forum’s Global Competitiveness Report, IMD’s assessment has been published annually since 1989.