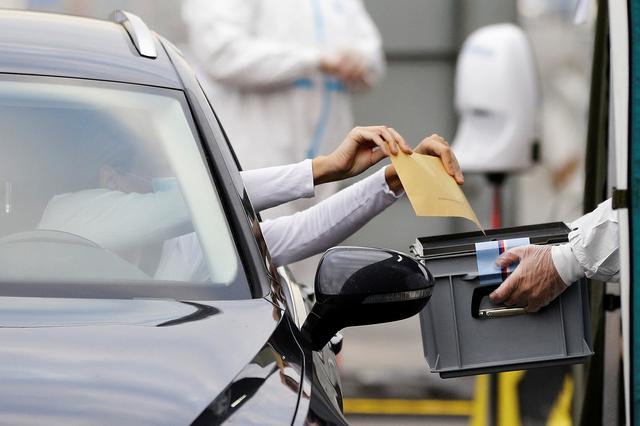 Thousands of Czechs quarantining at home due to the COVID-19 pandemic were allowed to vote at drive-in polling stations on Wednesday in a regional and upper house election which comes amid a surge in infections in the country.

A total of 80 specially-adapted centers have been set up across the country.

There are two drive-in centers in Prague. Members of the armed forces are on hand to lend assistance to the poll workers, who will wear protective suits to limit the risk of contagion.

In order to cast a vote at a drive-in center, the voter must bring proof of identification as well as the permission slip proving they are in quarantine.

This weekend’s regional election could be an early gauge of support for Prime Minister Andrej Babis’s handling of the second wave of the virus.

Support for his party in opinion polls has ticked lower amid criticism over his perceived reluctance to bring back tough measures and other policy inconsistencies hurting public trust.

While the election for regional governments and a third of seats in parliament’s upper house Senate is likely to draw only weak turnout, it could begin to signal some new alliances forming before a parliamentary election next year.

Regular voting begins on Friday and ends on Saturday at 2:00 p.m.

In a September poll from STEM agency, support for Babis’s ANO party fell to 28.4%, from 33.7% in May. The opposition Pirates, in second position, were steady at 12.8% and the opposition centre-right Civic Democrats (ODS) had 10.6%.