Matches of six teams, in two groups, will, as per tradition, take place on the playing grounds of the AC Sparta Prague Youth Training Center (TCM) in Strahov. The Final match, as with all the last years of the CEE Cup, will instead be played in the legendary Ďolíček stadium in Vršovice.

It really took more than one thousand days before we were able to announce the jubilee tenth year of the tournament since the last final of the CEE Cup (July 30, 2019).

In addition to the traditional domestic teams of Sparta and Slavia, this year’s tournament will be attended by top clubs from abroad: from South America the Brazilian team, Palmeiras SE, and the Mexican team, Tigres UANL. Another team, also a newcomer to the tournament, is an English club with a very rich history – Aston Villa FC.

In the tenth anniversary year we can welcome the club from the country of traditional participants of the CEE Cup – Ukraine – even in these difficult times. This year it will be FK Dynamo Kyiv!

The CEE Cup is a prestigious international show of talents, whose mutual sports confrontation is closely watched not only by specialized coaches and football scouts, but also by football media from literally all over the world through wide media coverage.

“After two really very difficult years due to Covid, because of which we had to postpone the much- anticipated jubilee year with great regret, we couldn’t wait for this spring to come. The moment the war in Ukraine started, after the previous years of lockdown, marked us forever. That is why we are really pleased that we have been allowed to at the very least modestly alleviate the suffering of several young athletes from Ukraine by allowing them to pursue what they have loved all their lives – football,” said Roberto De Blasio, Founder of the Tournament and Chairman of the CEE Cup Organizing Committee. 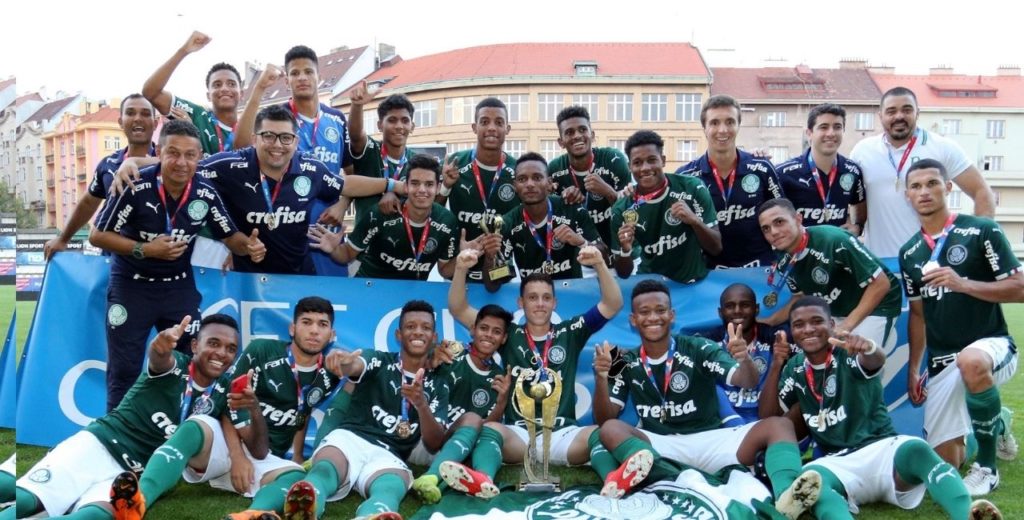 “However, we are convinced that the tenth year will once again be a great show of top youth football and that we will once again see many excellent players in Prague, such as the ones seen in previous years, like Adam Hložek, Tomáš Souček, Joshua Zirkzee, Danilo dos Santos de Oliveira, Adam Karabec and many others”, he added.

As always, the entire tournament is based on close cooperation with the youth sections of Sparta and Slavia, as well as the patronage of the Czech Football Association, the City of Prague and business partners, amongst which the Adidas brand.

Ing. Jaroslav Hřebík, the Youth Sports Director of AC Sparta Praha, emphasized: “I’m really looking forward to the tournament. The wait for the 10th edition has been long. The CEE Cup represents an absolutely great opportunity for our youths to confront themselves with top international teams in such an important category as the U19. And I believe not only for the Sparta and Slavia players. Matches with top foreign clubs are always an invaluable source of inspiration for the further development of our club academy”.

The wait is finally over for Prague’s Slavia football club. “We are all looking forward to the tournament. Our academy has been experiencing great development and nothing but the toughest matches will move us further. The CEE Cup matches are a welcome opportunity for our players and the entire club. We really appreciate the opportunity to participate in such a traditionally busy tournament. In addition, this year is the jubilee tenth year, which seems like a very good opportunity to finally make history by taking home the cup”, said Petr Hurych, manager of the SK Slavia Praha academy.

The tenth edition of the prestigious CEE Cup football tournament will also offer an attractive accompanying program. For example, the program for children within the “Kids’ Football Day” just before the Final game in Ďolíček on the 26th of July, with a training program for children under the guidance of qualified professional coaches.

The children’s program is open to all children aged 6 to 12 and their families. By participating in the program of the final day, the children will not only have a beautiful experience but will also receive a welcome gift by the organizers.