Workshops for children instead of cars, local delicacies instead of fast food and time to get to know your neighbors better instead of hustle and bustle.

On Saturday, September 17, the AutoMat association, together with hundreds of volunteer organizers, is preparing the festival Zažít město jinak (Take Back Your Street) and a varied program tailored to each participating street. This year, with the motto “No boundaries”, they are also trying to overcome barriers in public space and those in our heads.

“Each neighborhood site involved is completely different. It reflects the spirit of the place as well as who undertakes the organization of the program. Sometimes it is a local school or a pub, in others it is an art group, an activist association or even a parish. Some places will become the scene of a larger street festival, while others are planning “just” a neighborhood picnic or a film screening,” explains Tomáš Fridrich, the main coordinator of Zažít město jinak (Take back your street).

“But they are all united by the fact that Zažít město jinak event is open to everyone – children, seniors, people with health restrictions and, on the fringes of society, our neighbors from Ukraine and other countries. This is also reflected in the program of festivities, which want to break down barriers and prejudices between people,” adds Tomáš Fridrich. 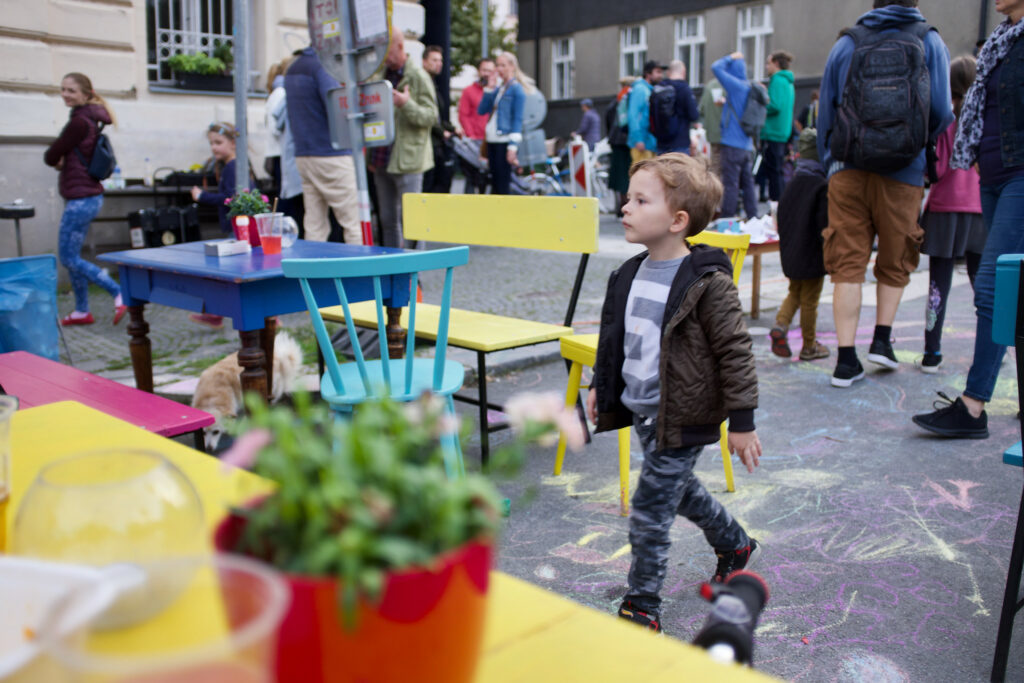 Tips from the program

It does so on several levels, e.g. in Ve Smečkách street. The festivities there reveal that the notorious street is home to a number of interesting businesses and institutions, such as a print shop and a library for the blind. There you can also try reading by touch. Bílá Vrána Cafe, which employs people with mental disabilities, will be involved, and the Living Library will also be on the program. This time, the festivities will cover the entire street and part of the program will take place outside on the sidewalk and on the comfortable terrace above Prague.

Na Bělidle street begins right next to Prague’s Anděl, where the Elpida center is preparing a sock knitting workshop, cooking soup together, swing lessons or a concert by the local choir. So Elpida will celebrate its twentieth birthday on the street in the immediate vicinity of one of the busiest places in Prague.

In Břevnov, they want to draw attention to what a barrier Bělohorská Street represents to the movement of pedestrians and to the life of the locals in general. This four-lane street with a tramway, which separates the Břevnov Monastery from the western part of Břevnov, interrupts the historical axis of the Břevnov Monastery – the Ladronka estate. The organizers plan to overcome it together, run, jump over it or cycle through it. Parents with prams, senior citizens and even a giant chicken will get space. In addition to the happening from 6 p.m., you can look forward to an all-day program including bicycle painting, hill running or a garage sale.

Za Poříčskou branou street near the Florenc metro station is not one of the most sought-after locations. This time, however, it will be transformed into a pleasant meeting place. You can look forward to a varied musical production, goodies to eat and drink, a sand painting workshop, work with a potter’s circle or a neighborhood swap. 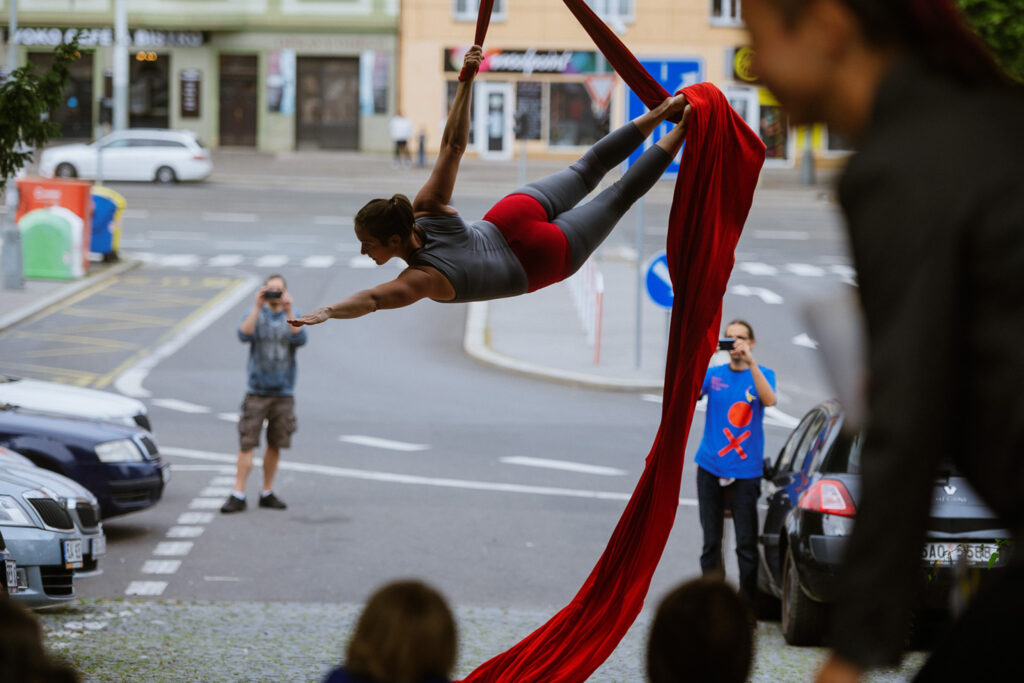 We engage the Ukrainian community

The effort to get to know new Ukrainian neighbors and help them get involved in community events is one of the goals of this year’s Zažít město jinak.

How did they approach it in individual locations? Reflection of Russian aggression through the eyes of Ukrainian authors is the name of a bilingual moderated segment consisting of readings and discussions with viewers. This is what they are preparing for visitors in Horská street in Prague 2. You can also listen to Ukrainian poetry in Jilská.

A dance performance by the Focus Ukraine group awaits you at Krenovka. In Hostivařská street you will be able to experience a Piece of Ukraine through dance, violin, chatter and nice neighbors from Nová Ukrajina (New Ukraine). At the intersection of Pernerova and Prvního pluku streets, you can watch a dance group of Ukrainian dancers with their performance and an interactive workshop Na Cestě (On the Way), which was created as part of the project Tanec Praha to Ukraine.

Refugees who are accommodated in the Větrník dormitories will also offer traditional Ukrainian food and their own handmade products at Petřiny. Come and taste or buy anything you like and support them financially. Involvement of the Ukrainian community in neighborhood festivities Zažít město jinak you can support by purchasing a charity t-shirt. Proceeds go to translations of materials into Ukrainian.