Late January and early February are the meatiest months in the Czech Republic. According to the medieval tradition, at this period, Czech and Moravian farmers slaughter the adult piglets and prepare various meat dishes.

Mass pig slaughter is a cultural festival in many Slavic countries. In the Czech Republic, it calls Zabijačka.

Why in the winter season? Historically, Zabijačka was arranged 1-2 weeks before Christmas or after the New Year. The main rule is to finish ere the start of the 40 days Fast (Great Lent). However, eating meat before Lent is not the only reason for winter slaughter. In the old days, villagers didn’t have freezers for long-term food storage. Therefore, the winter period was considered the most relevant for the longer meat preservation.

This tradition was not only of practical importance but also a manifestation of respect. Slaughtering a pig was allowed only by a qualified butcher. Right after cutting the carcass, women started to prepare dishes trying to use all edible parts of the animal. The most popular dishes were blood and liver sausages, cracklings, aspic, meatloaf, traditional pork ham, and various soups.

Since they had a lot of food, families treated their neighbours and relatives, sent meat dishes to other settlements. In different villages, piglets were slaughtered on various days, so people responded to the received treats with delicacies from their “pig slaughter.” Thus, for 2-3 weeks, many families ate fresh and tasty meat products, which they cooked and accepted as a treat. However, those who did not respond to the “meat gifts” risked not getting delicious pork sausages in the next year.

The modern process of “Zabijačka” is almost no different from the medieval. But today, a pig cannot be slaughtered in front of people. This process takes place elsewhere, and butchers or cooks just buy the pork carcass and cut it. According to European law, people should not see how an animal hurts, and the slaughtering procedures should minimize the suffering and pain of animals. Thus today, the pig is killed according to the most humane method.

The recipes have changed. Families from different areas of the Czech Republic have their own regional dishes that vary. However, preserving cultural traditions, chefs still cook pork rinds, lard, pork knuckle, sausages, and many others. So, you have an excellent opportunity to enjoy these dishes and get closer to Czech culture at the “Vinohradská zabíjačka” festival.

Moreover, you can purchase takeaway meat delicacies and share them with your relatives or friends (according to the original tradition). 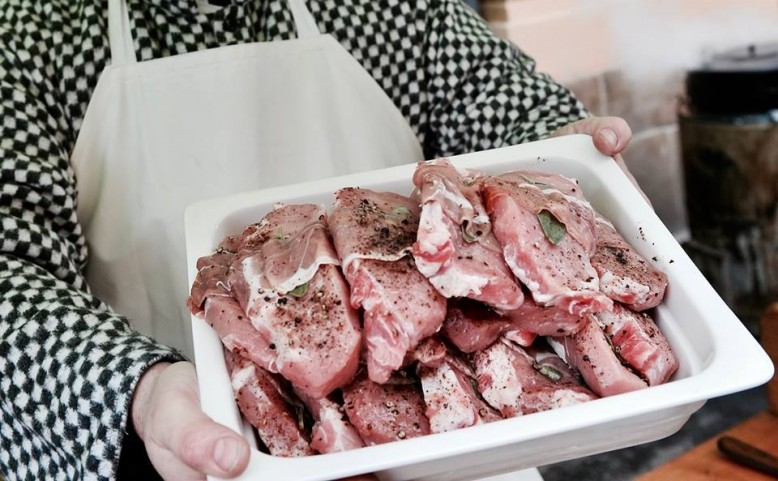 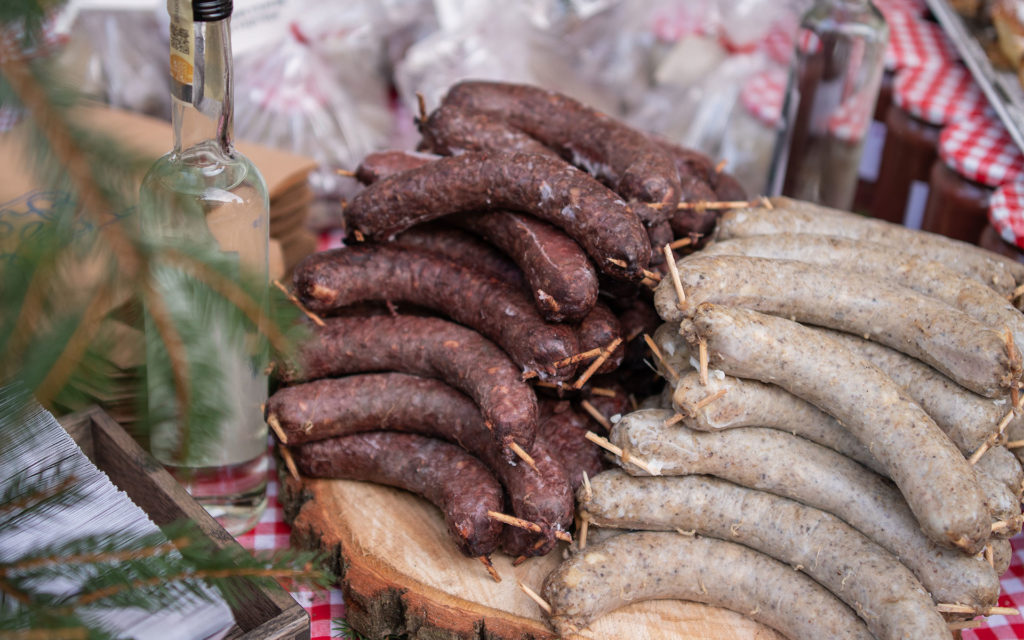