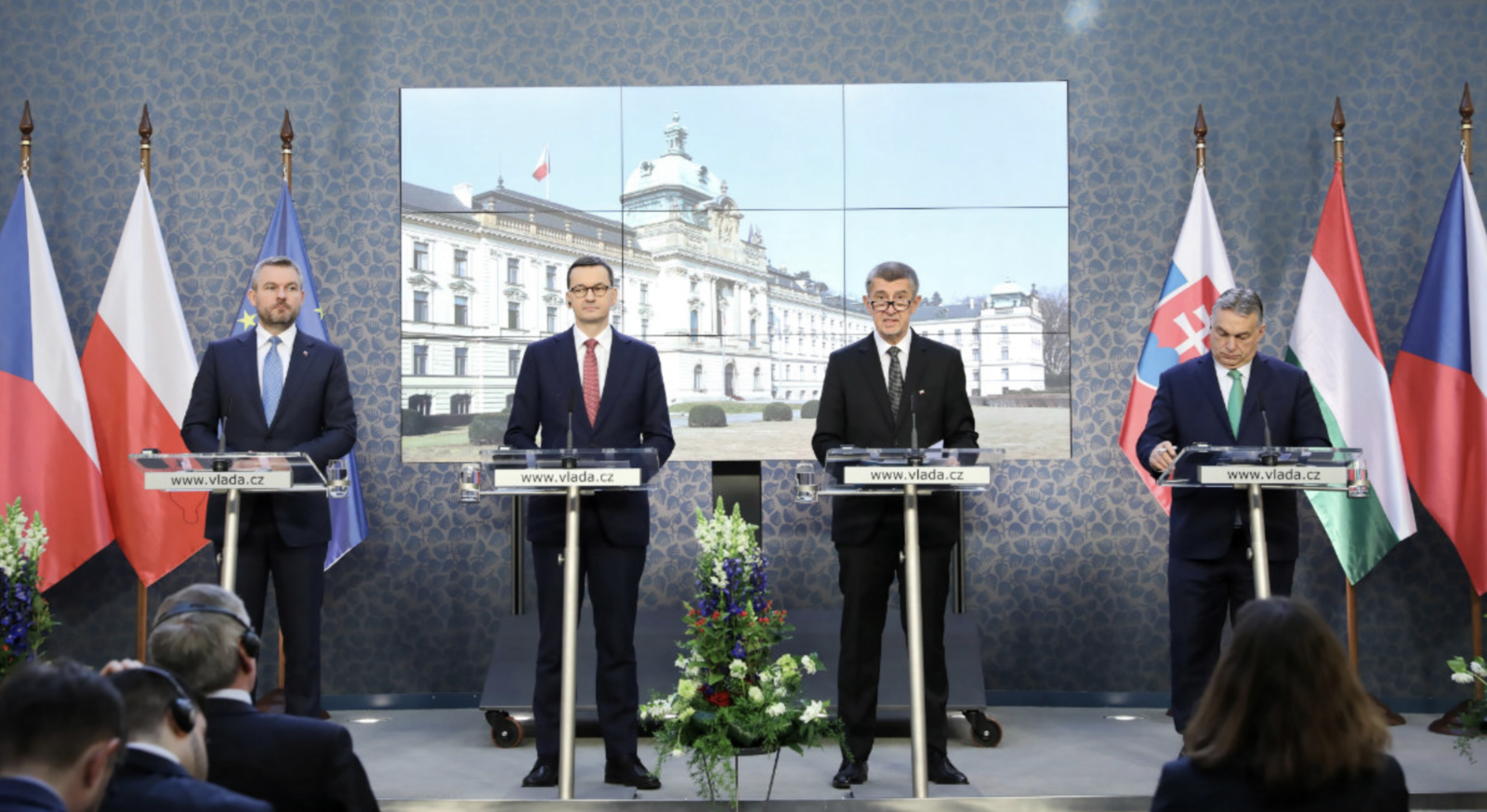 The prime ministers of Poland, Czechia, Hungary, and Slovakia vowed to aid Greece to combat the growing migrant crisis at its border and use all measures to fight coronavirus during a Visegrad Four summit in Prague yesterday.

Czech Prime Minister Andrej Babis said that the situation in Greece was serious and that all four Visegrad countries, which are known for their tough stance on migration and opposition to migrant quotas in Europe, are ready to help.

Hungarian Prime Minister Viktor Orbán said, “Even if Greece’s attempt to hold back migrants is successful, we shouldn’t forget about the 130,000 people who are already north of the Greek border and who want to get into Europe.”

European Commission President Ursula von der Leyen even called Greece the “shield” of Europe over its efforts to combat illegal immigration, which is a big departure for her harsh words for Orbán during the 2015 migration crisis, when she criticized his efforts to halt the migrant wave Europe was facing at the time. Europe has now pledged €700 million in funds to Greece to help combat the crisis.

Polish Prime Minister Mateusz Morawiecki stressed that given the current situation on the EU’s southern border, Greece has begun to speak the same language about migration as the Visegrad Four has.

Morawiecki and the outgoing Slovakian Premier Peter Pellegrini also said they were ready to send material aid and help in protecting the outer border.

The coronavirus outbreak was high on the agenda of the meeting in Prague of member states’ prime ministers.

Referring to confirmed Covid-19 cases in Poland and the Czech Republic, Orbán said it had been “a good decision” to hold the meeting in view of the fact that the virus had reached the Visegrad countries.

At the meeting, the heads of government reviewed the risks and protective measures regarding Covid-19, and coordinated their governments’ actions, Orbán said.