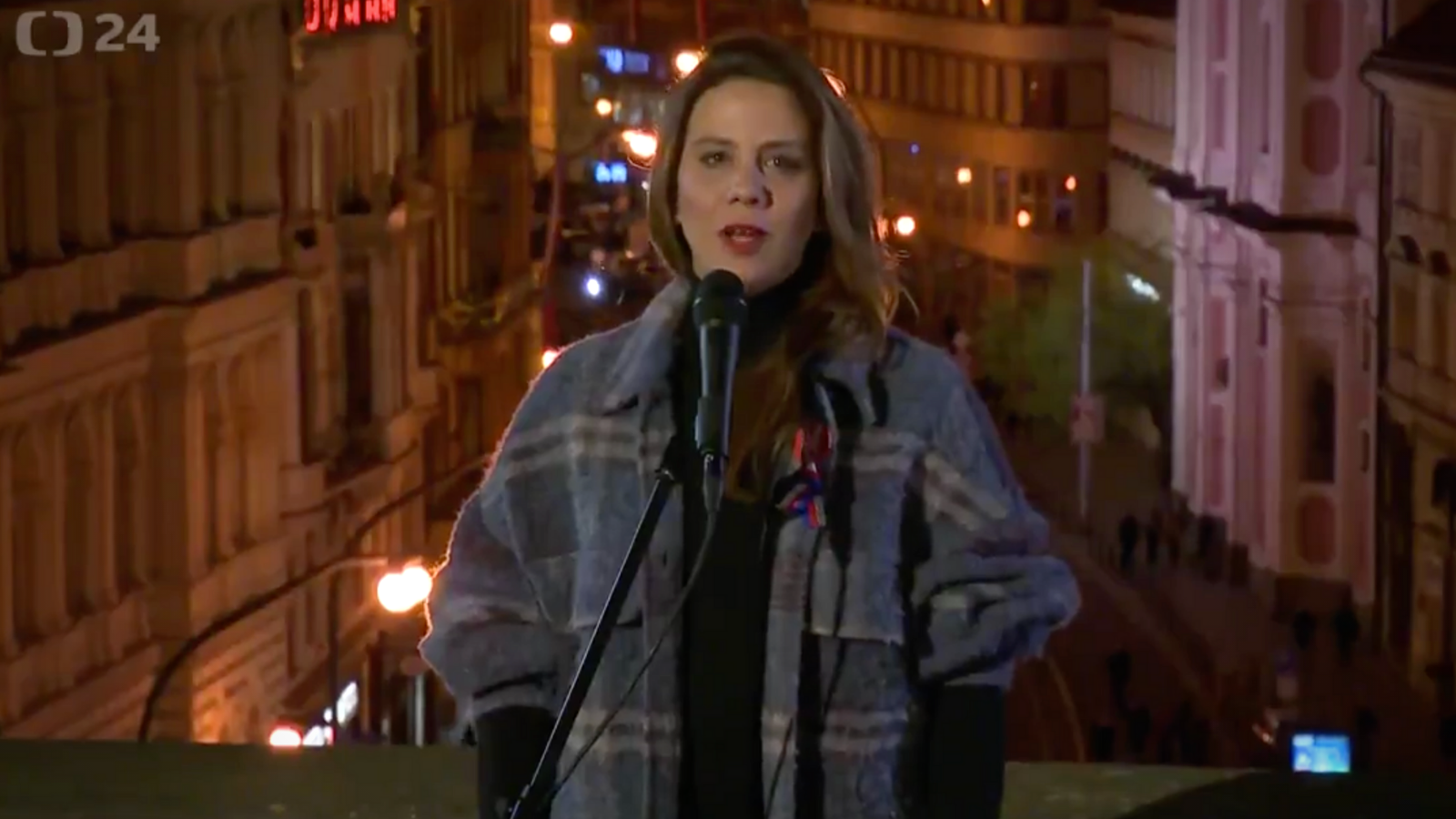 Today, Aneta Langerová – Czech singer and musician, winner of the Czech Republic competition, SuperStar – performed the song A Prayer for Marta from the balcony of the National Theater.

One of the iconic moments of Czechoslovakia’s Velvet Revolution came when long-censored popular singer Marta Kubišová emerged onto a balcony above Vaclavské náměstí square to sing a hymn-like ballad known as A Prayer For Marta (Modlitba pro Martu).

Not only had the song itself been banned in the aftermath of the Warsaw Pact invasion of 1968, but Kubišová herself had also been silent for the best part of twenty years.

On the 10th of December 1988, she was invited to take part in the first ‘authorized’ demonstration for the 40th anniversary of the Universal Declaration of Human Rights. For the first time since 1970, Marta performed again.

The music was composed by Jindřich Brabec, the text-based on motifs by Jan Amos Komenský was written by Petr Rada. Two days after the occupation, Marta Kubišová sang it in the Czechoslovak recording studio. The tape was immediately brought to Czechoslovak Radio, and for the first time, it reached its listeners at the most emotionally charged time.