The Neo-Renaissance Stránov Château is situated in the village of Jizerní Vtelno near Mladá Boleslav in Central Bohemia.

However, the interiors and exteriors are currently undergoing partial reconstructions. You can take a guided tour through the château interiors or climb up the Gothic castle tower with a beautiful view of the River Jizera valley.

The original castle was built between 1463 and 1468 by Jaroš of Svojovice. The period is represented by the well-preserved distinctive stone tower.

At that time, the castle was the centre of a relatively large property that was in the 2nd half of the 16th century in the possession of the Berka family from Dubá.

The look of the chateau was then maintained until the mid 18th century, when (in 1746) the family of Příchovský from Příchovice took the assets into their possession. In 1767, Jan Příchovský had a new church built on the premises (the Church of St Wenceslas).

Along with that, the exteriors were changed as well, in particular the open arcades. The present neo-Renaissance look was designed by architect Josef Schulz for Marie of Valdštejn-Vartemberk.

In 1917 the Stránov Chateau was bought by Josef Šimonek (the President of the Škoda company in Plzeň and a senator). At present, the chateau is owned by Ing. Jaromír Šimonek, his great-grandson.

The castle was in 2004 for the first time in its history, opened to the public, together with partial reconstruction of the interiors and exteriors of the castle.

In summer, the castle hosts many cultural events. 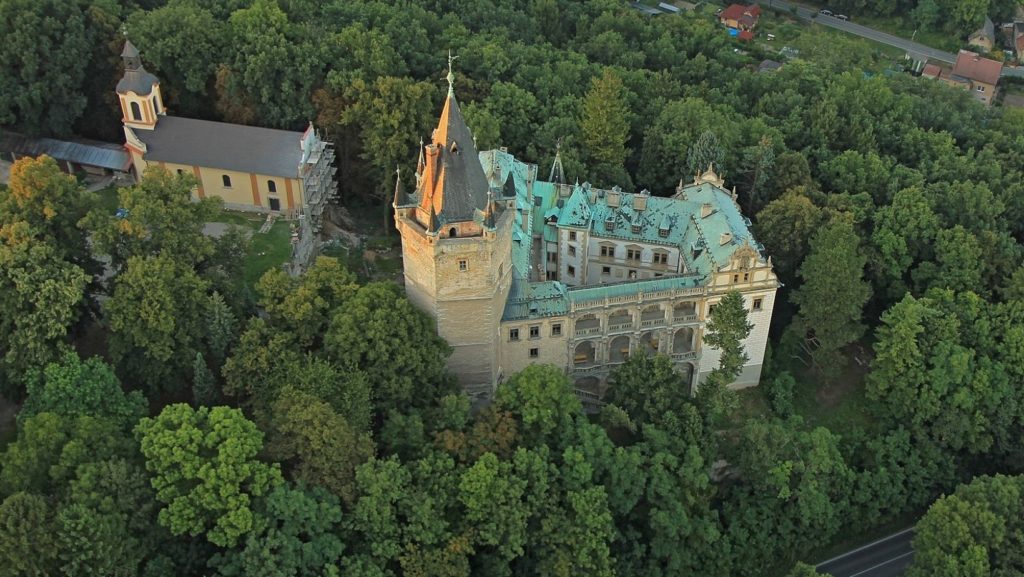 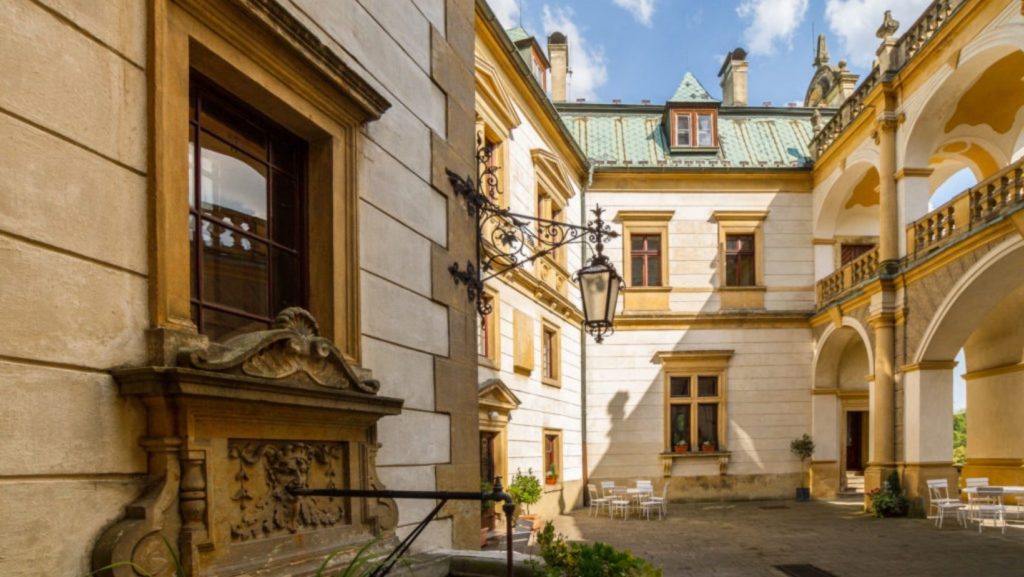