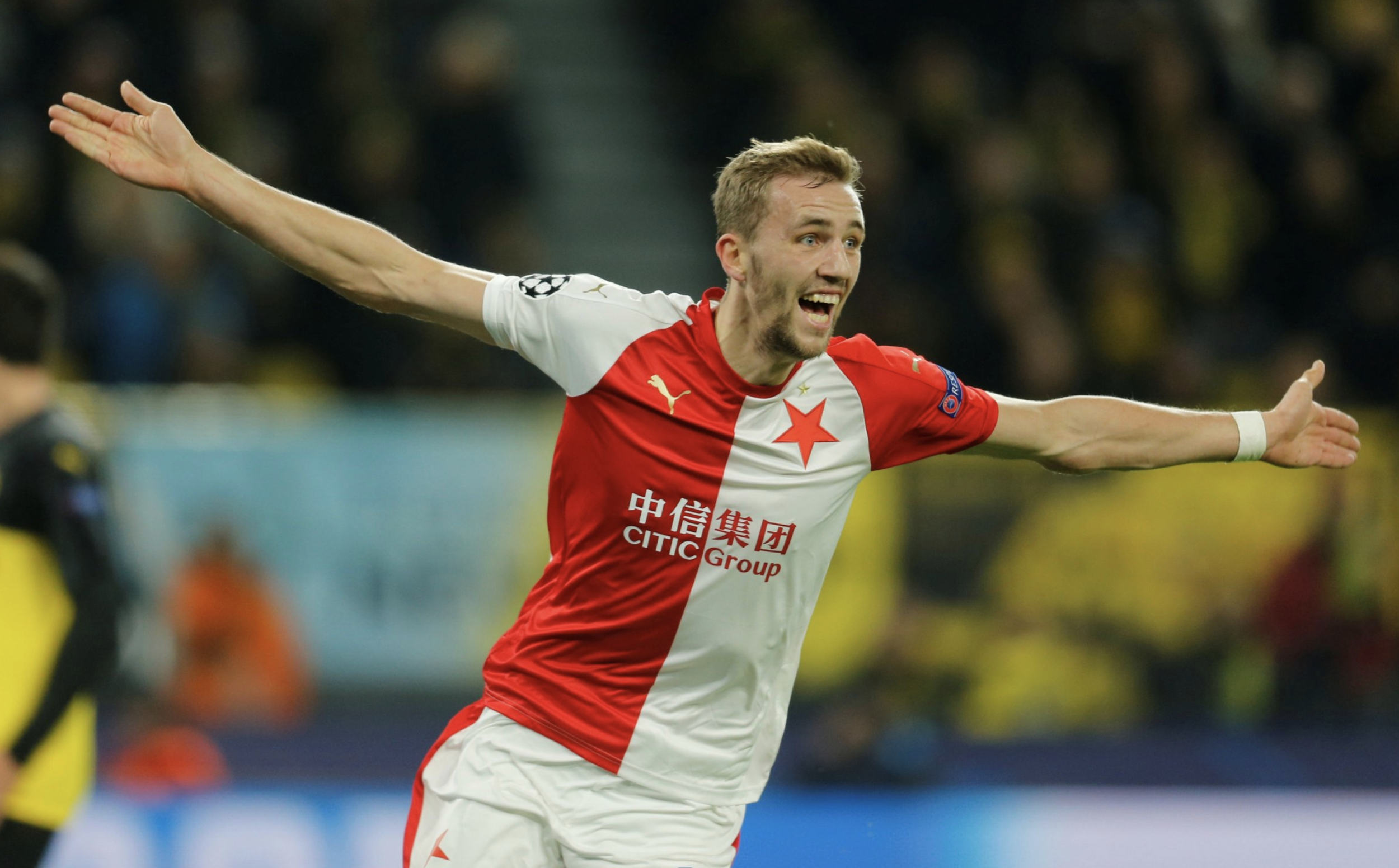 Souček is thought to have had a medical with the London club and is set to move from Slavia Praha in a transfer worth approximately €15 million.

Speaking at his press conference ahead of West Ham’s fixture against Liverpool, Moyes said the 25-year-old ticked a lot of boxes:

“I think that he gives us a lot of different aspects, but more importantly, he fits the profile of the player I want to bring to West Ham.

“I said I wanted to bring young players but we’re also in a difficult period we also need experienced players who could help us at this moment in time.

“I think at the moment he helps a little bit in both of that, he’s got 25 caps for the Czech Republic, he’s captain of Slavia Prague, he has played as a defensive midfield player, if you look at his goals, he has scored an awful lot of goals as an attacking midfield player as well.

“I think what we needed was a bit of all, we needed cover for some players, we needed  to add another midfield player, we obviously have to add goals, so at the moment he ticks an awful lot of the boxes we’ve been looking to get what we need to do is to give him an opportunity and a bit of time to settle in.”

Souček came through the youth academy at Slavia and has won two Czech League titles and two Czech Cups.

He has made 34 league starts last season and scored 13 goals, as well as appearing in this season’s Champions League, scoring against Inter Milan and Borussia Dortmund in the group stage.

Jaroslav Tvrdík, Chairman of SK Slavia Praha on released the following statement via the clubs Twitter:

“The club released Tomáš Souček for a medical examination and negotiating a contract with West Ham United FC.

“In the case of completion of the agreement and fulfillment of the entire contractual cooperation, this would be a record transfer in the Czech league. Tomáš would deserve it.”

Should he be in the national team for Euro 2020, Souček will be playing in London this summer for sure when England face the Czech Republic at Wembley Stadium.