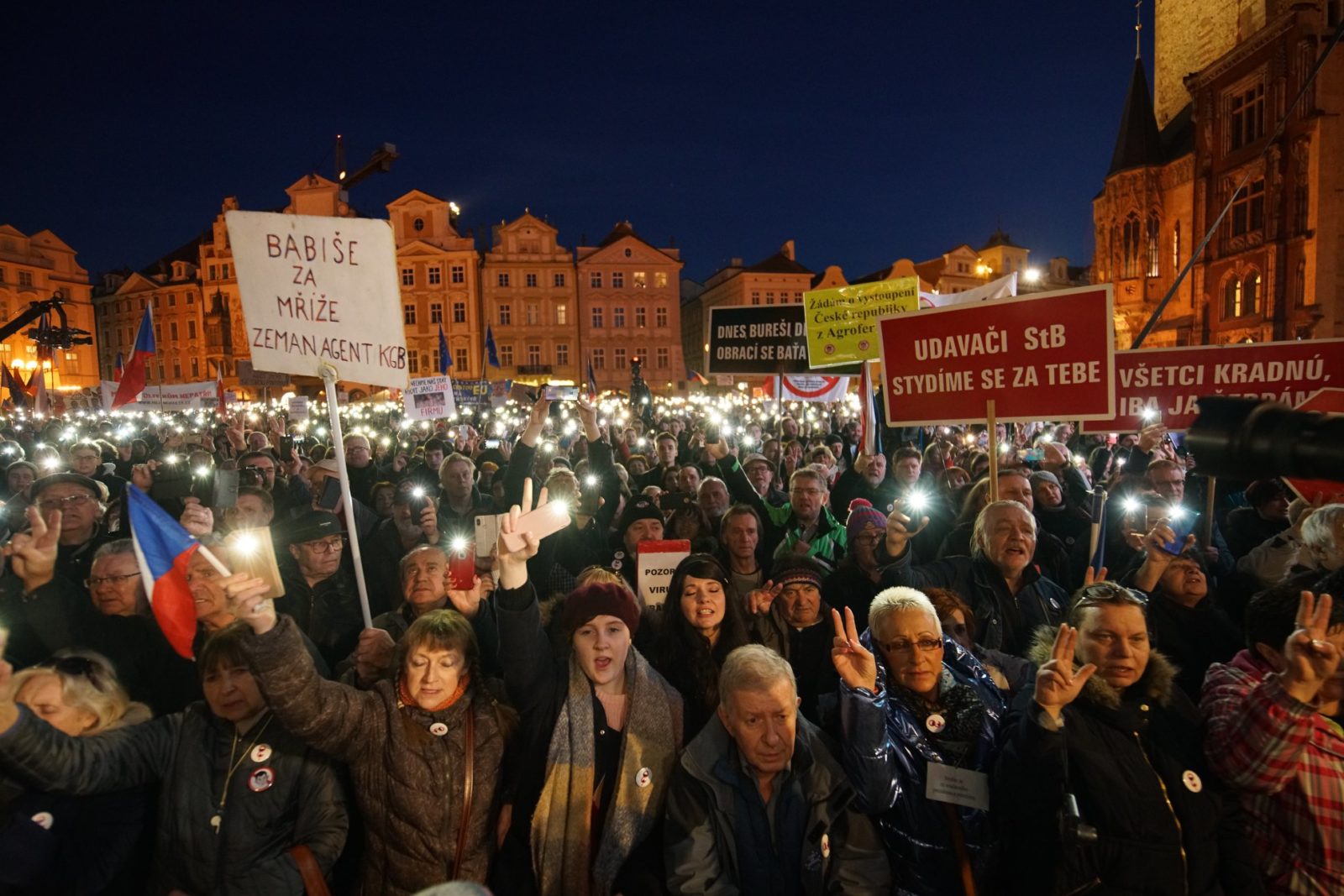 Several thousand people protested in Prague on Sunday against the Czech Republic’s billionaire PM Andrej Babis and the way his government handles public institutions. Protesters yelled “Babis is a thief” and carried signs calling on him to step down.

The EU has launched a probe into his dual role as a politician distributing EU subsidies and entrepreneurs getting them. Babis has denied any wrongdoing over his handling of EU subsidies.

The protests were announced after the appointment of 81-year-old Stanislav Krecek as the country’s ombudsman by Milos Zeman’s recommendation. Zeman is the country’s pro-Russian, pro-Chinese president, and an ally of Babis. Krecek’s appointment is seen as controversial due to some of his statements, including about not to extradite Babis to prosecution.

In December, at least 50,000 people gathered in Prague to tell Babis to resign as prosecutors reopened the fraud investigation against Babis after it was suspended.

Earlier, an audit of the EU Commission has found that Babis has a conflict of interest in his former business empire that he has put into trust funds. He was charged over fraud and misuse of EU funds and has denied the allegations.

The report found that Babis still had ties with his former businesses while having influenced decisions on the EU subsidies they have received. If the claims of conflict of interest are found to be true, the Czech Republic might have to repay EU funds.

Babis leads a minority government of his populist ANO movement and the leftwing Social Democrats, leaning on the far-left Communists for a majority in parliament.

Million Moments Calls for Another Demonstration in the Center of Prague