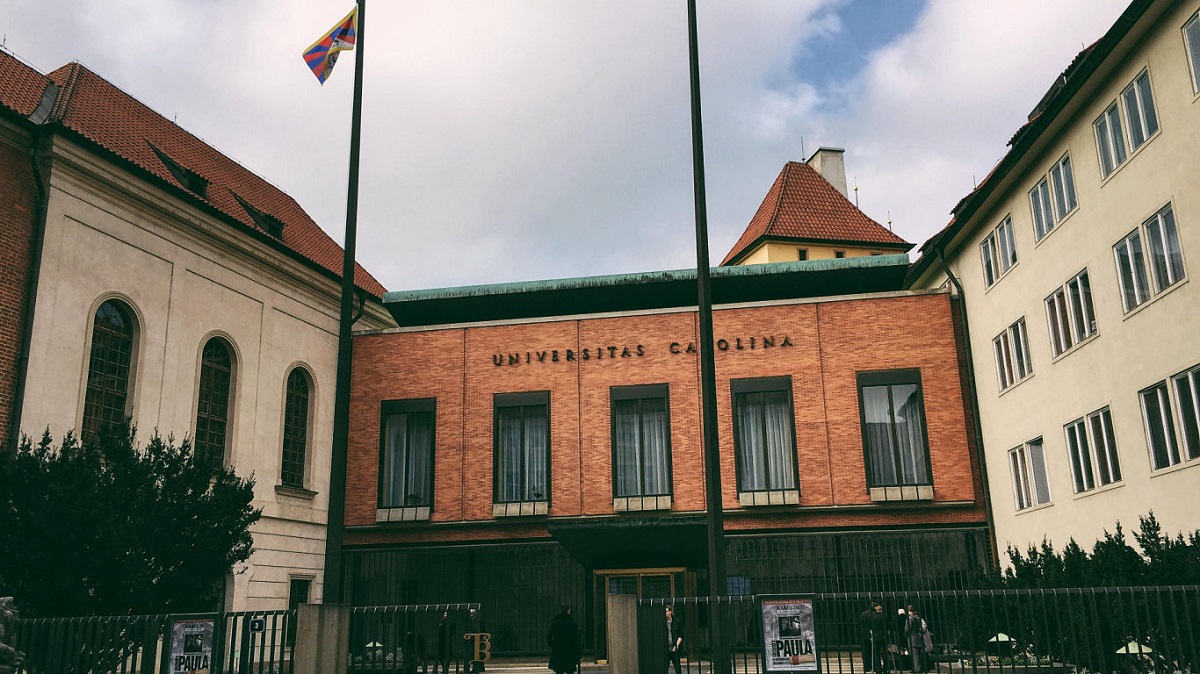 The Czech Republic has a higher education tradition dating back to the 14th century when Czech Universita Karlova, known as Charles University, was founded by the Holy Roman Emperor Charles IV. This, the first university to be founded in central Europe, was just one contributing factor to the growth of Prague as an intellectual and cultural capital in central Europe.

Ranked as the 291st best university in the world – which puts it in the top 1.5%- Charles University in Prague is the top-rated Czech institution and a university of truly international pedigree. Founded in 1348, Charles University today is made up of 17 faculties spanning traditional and contemporary departments from philosophy to ecology. “The campus, spread across Prague, includes much of the city’s traditional architecture and the university’s botanical gardens make a wonderful place to relax in times of exam stress! Imbued with history and academic tradition, Charles University is an excellent choice for any budding student”, says Twyla Walker, an educator at Australian help and State of writing.

University of Chemistry and Technology, Prague

Prague’s University of Chemistry and Technology is the second highest-rated Czech institution and ranks a respectable 355th in the QS World University Rankings. A modern institution founded in the 1950s, UCT Prague is a world-leading chemistry research university. The narrower remit of the institution’s academic focus, which is primarily on chemistry, makes it an attractive university for anyone specialising in this discipline.

Originating as a school of engineering with traditions stretching back to the early 18th century, Czech Technical University in Prague maintains an excellent global reputation as a technical university. With one-third of its degree programmes offered in English, foreign students are drawn to study at this institution and approximately 1 in every 6 students at CTU are international students.

The first university outside of Prague to make the QS World University Rankings, Masaryk University is located in the attractive town of Brno. Despite its location outside of the Czech capital, Masaryk is the second biggest university in the Czech Republic and is a fast-growing institution. The focus at Masaryk is on scientific research and the faculties of science have an international reputation. The university offers programmes in Czech, English and German.

Located in Moravia, in the eastern Czech Republic, Palacký University is the second oldest university in the Czech Republic after Charles University. Founded as a centre for the teaching of theology, it has since its opening in 1573 expanded to teach on a number of disciplines now including philosophy, law and medicine. Olomouc itself is a small town with a cultural life that centres on its university, making it an excellent place to immerse yourself in academic life.

Back in Brno, the Brno University of Technology has a scientific and technical tradition that stretches back to the 19th century. “Now comprising eight faculties from its original focus of civil engineering all the way to fine arts, BUT’s wide range of disciplines makes it an intellectually stimulating and vibrant centre for higher education”, explains Josephine Clancy, a career adviser at Boomessays and Oxessays.

The small Bohemian town of Liberec in northern Czech Republic is home to the final institution on this list. The Technical University of Liberec was founded as a school of mechanical engineering in the mid-1950s and today is an institution held in high regard for its science teaching and research, as well as interdisciplinary collaboration. Close ties to the Czech textile and automotive industry have meant that further opportunities for graduates are guaranteed.

Prague may be the first thought of many when the Czech Republic comes to mind, but delightful university towns such as Olomouc and Brno also offer superb academic environments to undertake your studies. Long academic traditions and consistent international collaboration make Czech universities an excellent choice for students today.

Molly Crockett is a writer for Academized.com and Ukwritings.com. She also contributes to Essayroo.com as a guest contributor. As a marketing writer, she shares her unique lifestyle tips and personal development advice with her audience.