Throwing out of the window is a collective dehonestation and a dishonour of official authority.

However, this act is called “defenestration” (from the Latin “de” – ie, from – and “fenestra” – or window) thanks to the Czech lands, where throwing dignitaries out of windows has become not only a symbol of dissatisfaction but also chaos and suffering for whole Europe.

The first occurred on July 30, 1419, but its story began four years earlier when the church burned to death its beloved master Jan Hus.

His thoughts did not die with him – they spread inexorably across the kingdom, gaining more and more support among the dissatisfied people.

Czech King Wenceslaus IV had to join the disputes between Catholics and Hus’ supporters who demanded an altar sacrament of Utraquist. In response to the pressure of the Roman King Sigismund and the growing Hussite arrogance, he established anti-Hussite city council in the New Town.

The Hussite priests had to leave the churches, their processions were forbidden, and their brothers were thrown into jail provocatively on the day of Jan Hus’ burning.

The first Prague Defenestration was a reaction to the arrest of several radical Hussites by Prague City Hall because they were preaching about Communion in Both Kinds. During the early morning hours on July 30th, 1419, a radical Hussite priest named Jan Želivský was preaching in the Virgin Mary Sněžná church.

He managed to radicalize his audience so much that the armed and furious mob moved toward the New Town City Hall, where they demanded, through the speech of Jan Želivský, the release of their brethren.

The town council members refused to exchange their Hussite prisoners. While they were marching, a stone was thrown at Želivský from the window of the town hall and allegedly hit him.

This enraged the mob and they stormed the town hall. Once inside the hall, the group defenestrated the judge, the burgomaster and several members of the town council. They were all killed by the fall.

The assault was apparently commanded by Jan Žižka, a later Hussite leader. The council members were thrown out of the windows and then killed by the enraged mob in the street. This event is seen as what triggered the Hussite Wars long period.

The First Defenestration was thus the turning point between talk and action leading to the prolonged Hussite Wars. The wars broke out shortly afterward and lasted until 1436. 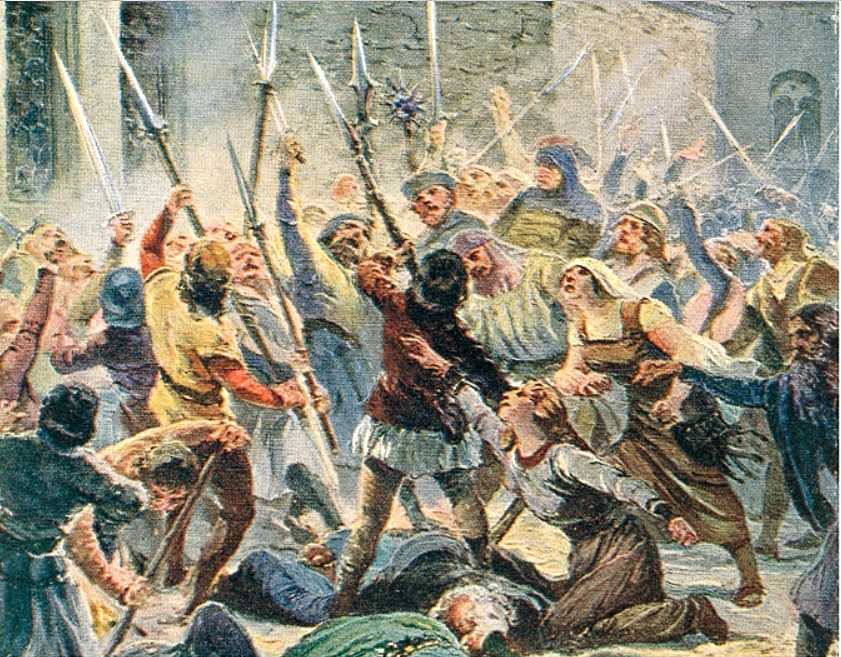 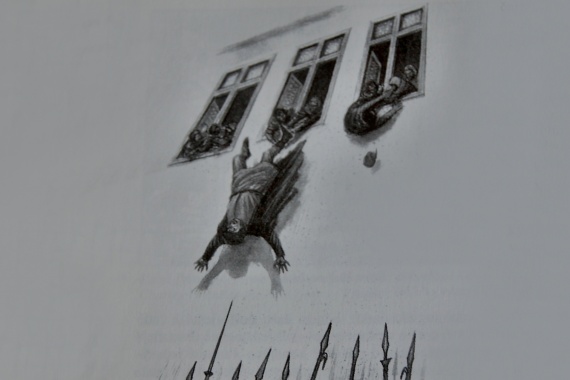