The painting was the subject of today’s press conference at the observatory of Prague’s Žižkov Television Tower. The conference featured Jiří Fajt, former director of the Czech National Gallery, InsightART’s restorer Jiří Lauterkranc and physicist Josef Uher, as well as Kateřina Syslová from the ESA BIC Prague space incubator.

The Renaissance artist Raffaello Santi – also known as Raphael – may have died 500 years ago, yet the experts are still discovering new aspects of his art. His Madonna and Child painting has a rich history encompassing some of Europe’s great historical figures, as well as violent fights and expensive art deals.

Over the centuries, the painting has also seen its authenticity repeatedly, albeit unjustly, questioned. The authenticity of the piece was recently confirmed by the Czech company InsightART – one of the startups of the Business and Investment Development Agency CzechInvest-operated ESA BIC Prague business incubator, which utilizes cosmic detector technology.

InsightART’s RToo robotic scanner is one of the first x-ray machines specialized in art investigation. The scanner had already been used to unveil a previously unknown painting by Vincent van Gogh. This time around, it has helped explore the secrets of the lost Raphael. The machine uses a particle detector developed at CERN for the purposes of space exploration, manufactured by the Czech company ADVACAM. 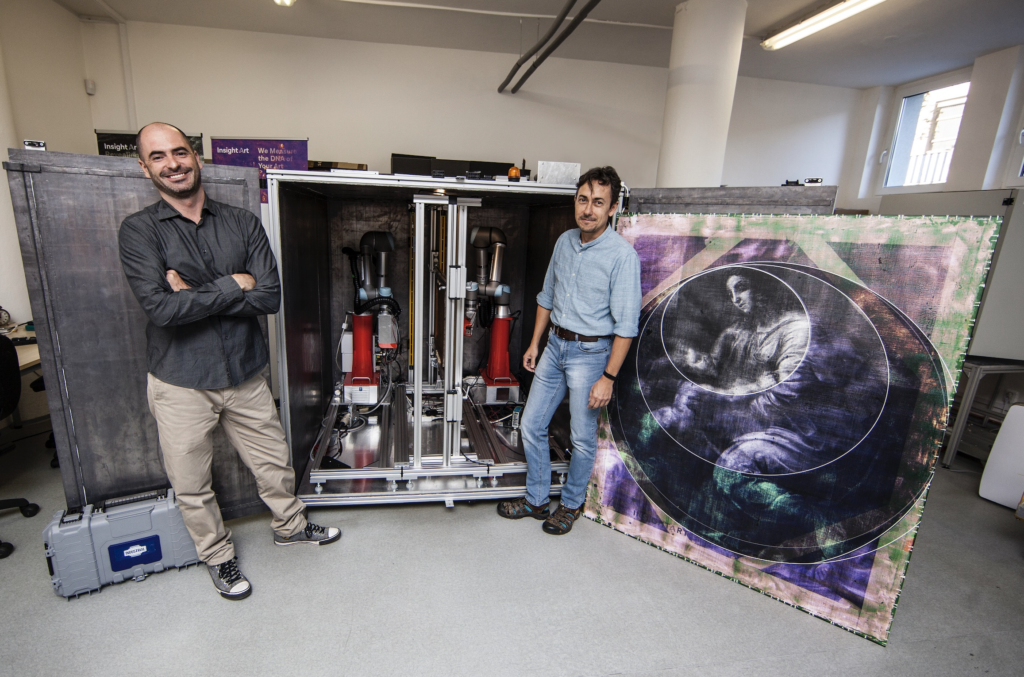 „This technology – which is also used to measure radiation at the International Space Station – is capable of detecting and counting single photons, as well as establishing their exact wavelength,“ explains Josef Uher, a physicist and InsightART’s CTO. „While the standard x-ray machine only creates a black and white image,“ continues Uher, „RToo provides „color“ – or spectral – x-ray images, which allow the materials to stand out on the basis of their elemental composition. Besides making use of the special robotic platform, supplied by another Czech company, Radalitica, this is the key advantage of the RToo x-ray machine“.

„The artwork was scanned using spectral x-ray radiography. The resulting scans revealed in detail the internal structure of Raphael’s painting. Based on spectral x-ray imaging, it could be established that the overall concept of the painting was though through in great detail – from the foundation layers to the final glazes. It is evident that the painting was carefully ideated by Raphael himself and with a clear vision of its intended final form. The findings of the various analyses, therefore, confirm that the piece was painted by Raphael personally, without the aid of his workshop assistants and apprentices” says one of the restorers, Jiří Lauterkranc. 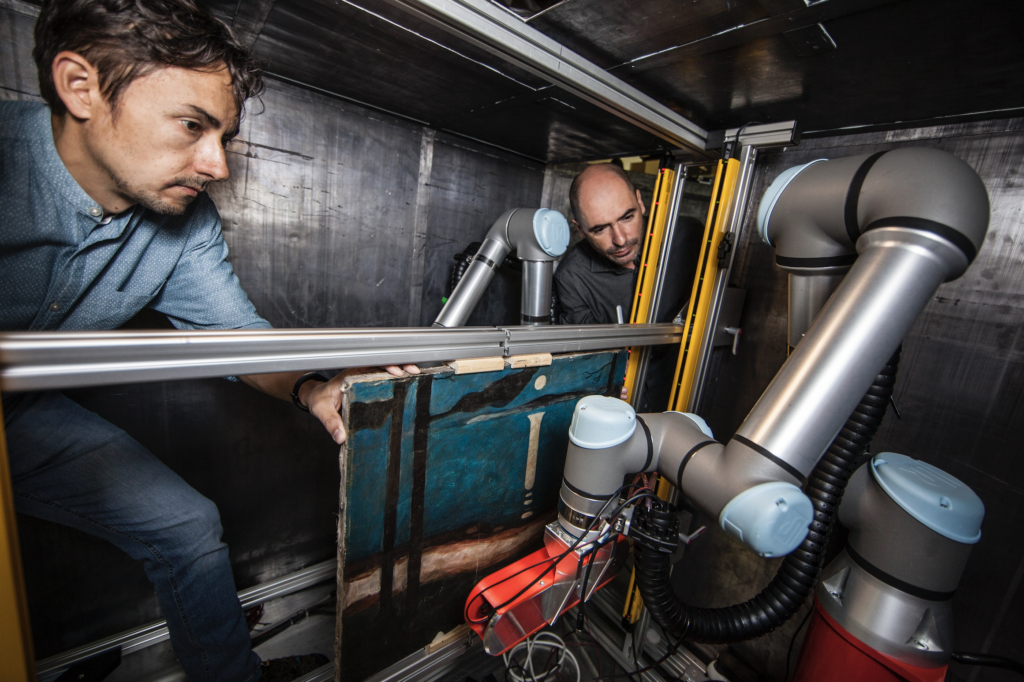 History of the painting

The Madonna and Child painting signed and dated „Raphael Urbinas Pingebat MDXVII, Roma“ was painted by Raffaello Santi in 1517 at the commission of Pope Leo X. The piece was to be placed on the altar of the Sanctuary of the Holy House of Loreto. One year later, Raphael used the same motive for his Great Holy Family painting which the Pope donated to the French royal family, and which later became part of the Louvre collection.

Meanwhile, Raphael’s 1517 Madonna and Child remained in the Vatican until 1798, i.e. until the pontificate of Pius VI. After the occupation of Rome by one of Napoleon’s armies, the painting was taken to Paris where it became part of Napoleon’s collection. After Napoleon’s fall in 1813, the painting became property of the French Bourbon king Louis XVIII, who in turn sold it to Charles Bosanquet, the first Vice-Chancellor of Newcastle University. Bosanquet’s family owned the painting until 1928, when it made its way back to France thanks to Dr. Hahn, an art dealer.

In Paris, the painting was acquired by Ernst Beleuer who brought it to Prague and subsequently sold it to Otomar Švehla. Švehla offered the painting to the Czechoslovak President’s Office, as well as to Third Reich Chancellor Adolf Hitler. However, neither transaction took place and after Švehla’s death the painting fell to his wife, Emilie Švehlová.

In 1992, the painting found itself in Slovakia where it was bought by a Czech entrepreneur who exported it from the country.