Plan for Reopening Restaurant Gardens by Relying on Testing “Not Feasible”

According to the Association of Restaurateurs (APRON), the condition of submitting a test to a guest in the front garden is not feasible. There is no legislative support for it either.

On Monday, the government decided that catering establishments will be allowed to let guests into the open air from May 17.

A maximum of four people will be able to sit at the table unless they are members of one household. The space between the tables will have to be at least 1.5 meters; they should be the same distance from passers-by if the garden, for example, is not separated from the sidewalk by a barrier.

Guests will need to have a negative coronavirus test at entry. They will be allowed to use any type of test: from the sampling center, employment.

According to the Minister of Industry and Trade, Karel Havlíček (ANO), they will also bring their own self-test and test themselves on site.

According to Kateřina Holnová from APRON, the government’s decision in the case of tests does not correspond to what the representatives of entrepreneurs tried to convince the Ministry of Health during the negotiations.

APRON has a legal analysis: A restaurateur cannot require a negative test from a customer, only for proof of age, she said. “We cannot break the law, nor can we guarantee that people have a negative test. The government has issued an impracticable order, ” concluded Holnová.

Another problem is that gardens can have more entrances. People come to them freely, and it would still be challenging to regulate their movement and control tests.

Holnová also pointed out that as long as the government restricts the operation of catering operations in any way, entrepreneurs must be able to claim compensation. 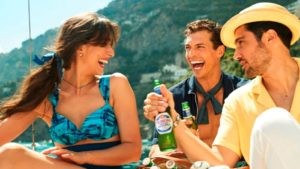