Storm Sabine is expected to hit the Czech Republic on Sunday evening with winds of up to 125 km per hour in the mountain regions.

Weather-related power outages are expected, especially in the western part of the country.

The wind warning, from 6 pm on Sunday to Tuesday evening, concerns all regions in Bohemia and parts of Moravia and Silesia.

People are advised to limit outdoor activities and secure windows, doors, loose objects, greenhouses, and anything else which may be at risk of damage.

Firefighters are on standby, the Ministry of Industry and Trade informed.

Authorities warned that the Storm Sabine, which approached from the Atlantic Ocean, would bring hurricane-strength winds of up to 120 kilometers (75 miles) per hour, heavy rain and thunderstorms to parts of the continent.

“Looking at Sabine’s structure, it’s a remarkable storm. We mustn’t forget that this is a longer-lasting event. You can’t think: ‘It’s Monday morning, the front has passed.’ That’s not right — it’ll continue,” said Jens Hoffmann, meteorologist at the German Weather Service.

Sabine, which has been dubbed Ciara in other European countries, prompted similar warnings in Britain, Ireland, Belgium, and the Netherlands.

The storm has two names because there isn’t yet a pan-European system in place for labeling weather systems. It was named Sabine in Germany, in line with a naming list established by the Free University of Berlin back in the 1950s. 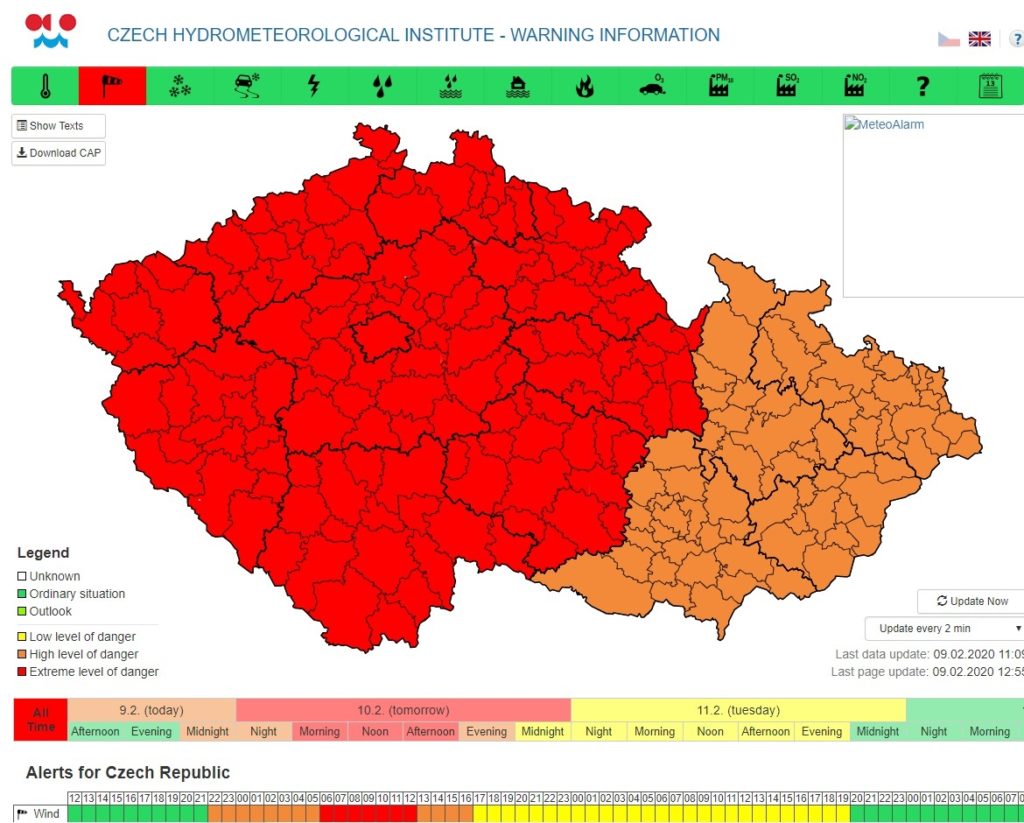 Prague Morning@PragueMorning
68 Following 2.1K Followers
🔴 Prague will be marked as "red" (the highest risk level) in the “traffic light” system. "We agreed with the hygi… https://t.co/NnS2IE8mlo
4 hours ago
1 8
@signalfestival has prepared three installations that will liven up the public space and Hauch Gallery in Karlín no… https://t.co/QFR7pqpBSd
6 hours ago