Yesterday at 17:45, around a hundred people – mostly young Spaniards – gathered in the Old Town Square in Prague to protest against the decision of the country’s Supreme Court, whose sentenced 9 of the 12 accused Catalan independent leaders to between 9 and 13 years in jail.

They are accused of sedition because of their roles in Catalonia’s 2017 Referendum, which was sentenced as illegal by the Spanish Government. Those politicians, now in jail, were elected by Catalan citizens.

For a better understanding of the situation, it is important to have a general picture of the semi-autonomous region in north-east Spain: Catalonia. The prosperous region has about 7.6 million people, its own language, flag, Parliament, culture, traditions, and anthem. Catalonia also has its own police force (Mossos d’Esquadra) and controls some of its public services. 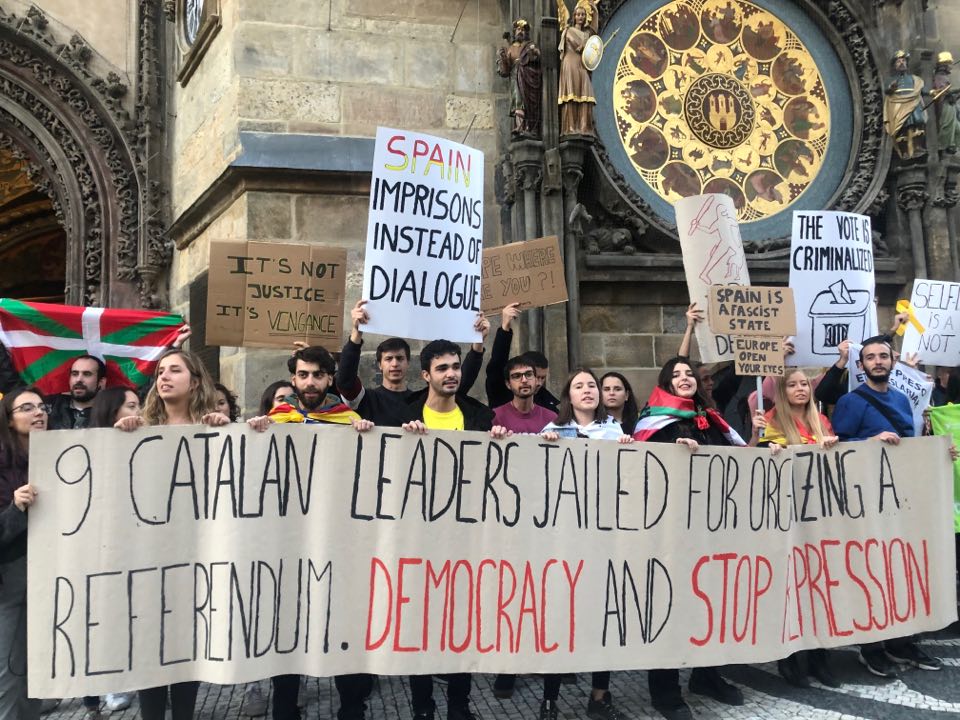 The (illegal) referendum took place during the 1st of October 2017 and in order to avoid it, the Spanish Government sent thousands of National Police and Civil Guards to Catalonia, (remember that Catalonia has its own police force). The result turned in clashes and violence against Catalan defenseless citizens that were trying to vote. The images went around the world.

The by then ruling separatists declared independence on the 27th of October 2017; a resolution that angered the Spanish Government. Their response was to dissolve the Catalan Parliament and call for regional elections (in whose nationalist parties won). In June 2018, Catalan Parliament was reestablished from Madrid’s polemic rule.

The sentenced political leaders have spent already two years in pretrial detention, awaiting trial. The resolution was known on 14th October 2019, and the whole process has revealed the doubt of whether in Spain there really is the separation of powers; that is if the judicial system is independent of the Government and from the Monarchy; many believe not. Now after those two years on jail, their sentences sum almost a hundred years.

What happened yesterday in Prague, shows that even people who think differently, who feel identified by different flags or nationalities, can come together to defend Human Rights and Freedom of Expression. 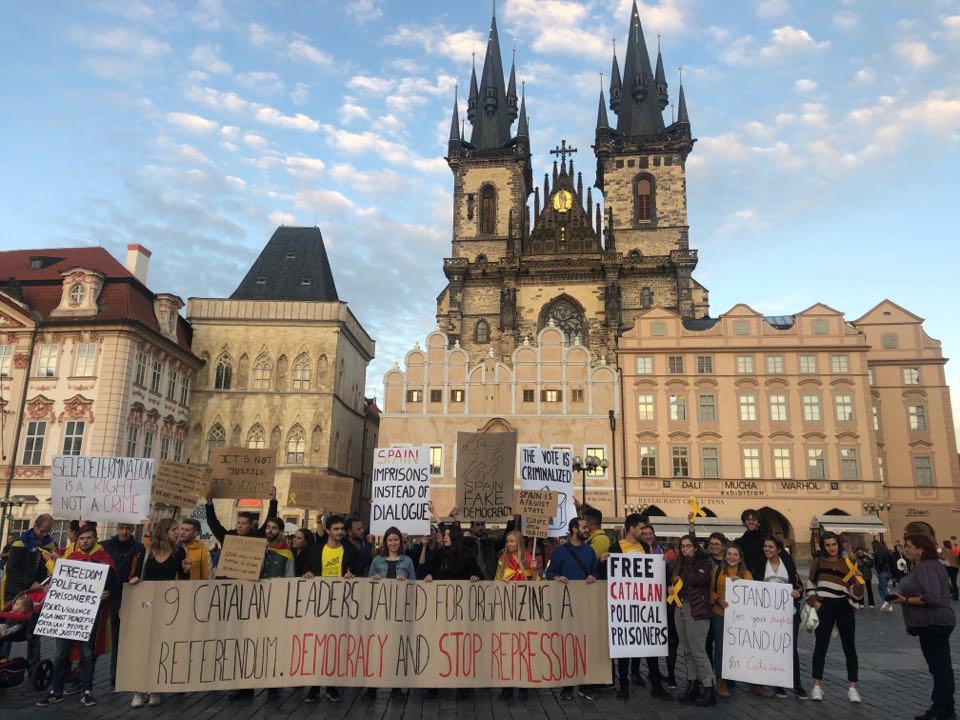