Twitter has labelled an election night tweet from Donald Trump “misleading” after the incumbent president claimed, without evidence, that opponents were trying to steal the historic poll.

Shortly after Democratic challenger Joe Biden told supporters he was “on track” to win the tight race for the White House, Mr. Trump tweeted: “We are up BIG, but they are trying to STEAL the Election. We will never let them do it. Votes cannot be cast after the Poles are closed!” 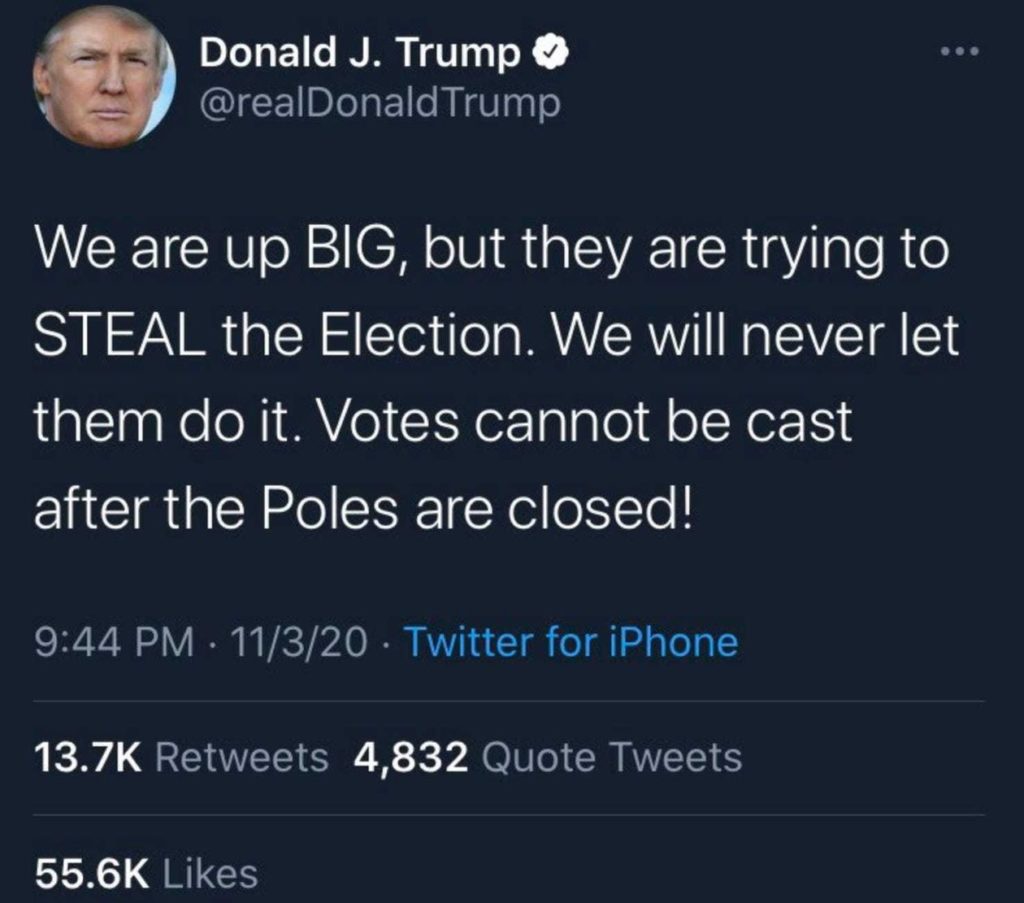 He deleted his tweet after a few minutes, correcting “Poles” to “polls”, but the second attempt was hidden and given a warning by Twitter.

Of course, Trump was referring to the “polls,” as in polling booths, not natives of Poland, Santa’s home or what you might find in a strip club. He deleted the initial tweet, but that didn’t stop Twitter’s, +5.72% peanut gallery from making “Poles” a trending topic.

And Tom Nichols, a senior adviser at the Lincoln Project, an anti-Trump campaign group created by former Republicans, responded: “Someone should Czech on the Poles.”

Someone should Czech on the Poles

Thanks to everyone who worked the pole tonight.

The Poles are closed! pic.twitter.com/GNea7aTehm

If the poles are closed, explain this pic.twitter.com/3OvedeuSkf

Share via: The war in Ukraine threw a wrinkle into the National Hockey League’s planned return to Europe…

Share via: The Czech Republic will never agree to recognize the results of referendums held at liberated territories…

Share via: The EU Council approved the plan to provide Ukraine with additional 5 billion euro in the…

Czech PM Fiala Calls for Public to Limit Use of Energy

Share via: Czech Prime Minister Petr Fiala called on Czechs to handle gas and electricity in a rational…

Share via: The foreign minister of the Czech Republic, current holder of the presidency of the Council of…

Share via: The first summit meeting of the new EU-plus forum is to take place in Prague, as…

Share via: The Czech government, led by Prime Minister Petr Fiala, presented a plan to relieve citizens from unprecedentedly…