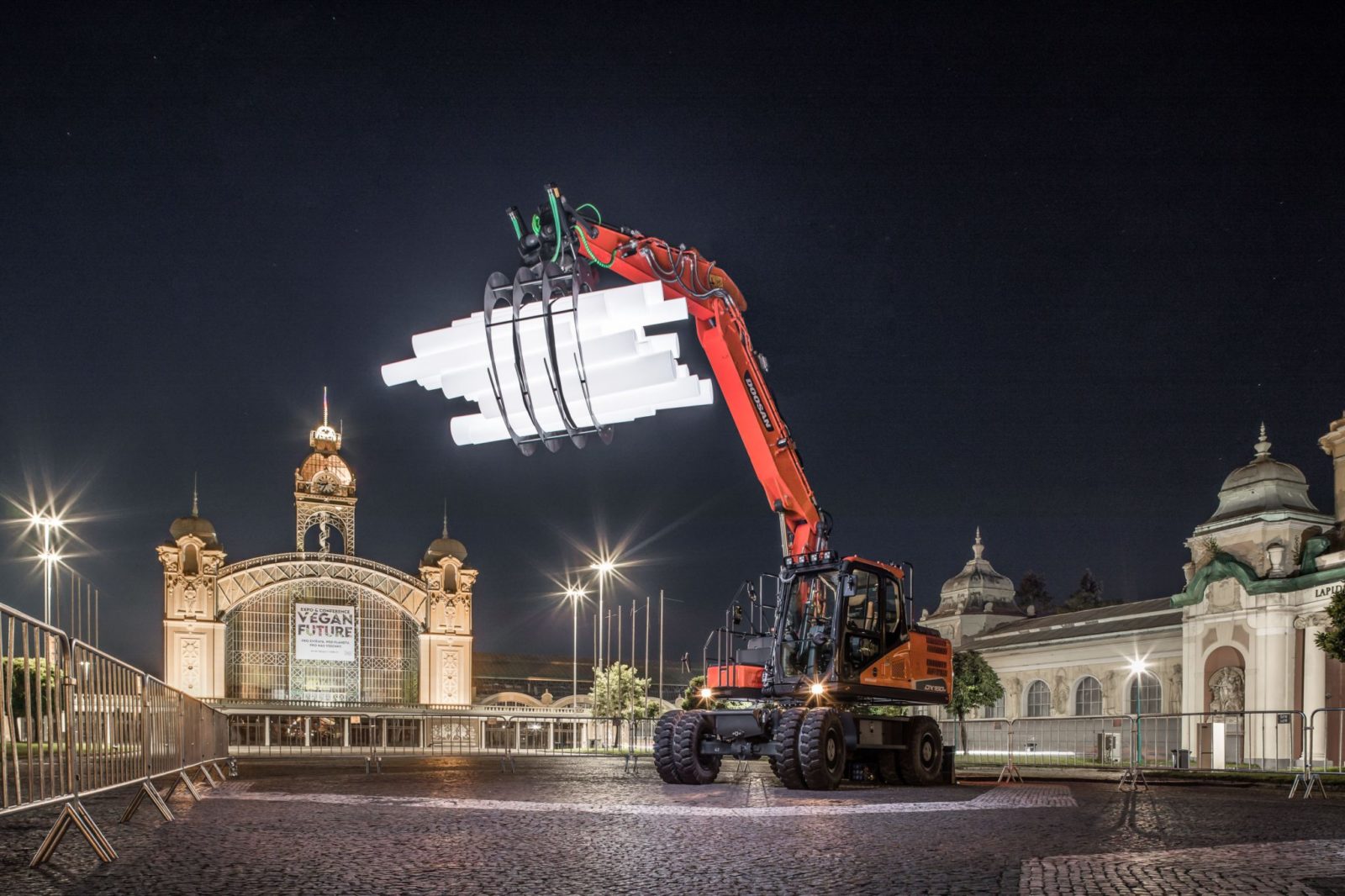 Signal Festival has prepared 3 installations that will liven up the public space and Hauch Gallery in Karlín not only during this year’s festival days but also before and after.

The installation by Czech artist Markéta Jáchimová was lit on September 8th as part of the festival Praha Září in the middle of the Industrial Palace vestibule. The neon installation celebrating the 125th anniversary of Pražská tržnice by Michal Škapa was revealed last weekend.

This year’s novelty includes a special interactive exhibition for children called Signal Playground: Biosy by the Slovak visual artist Boris Vitázek, which takes place in Hauch Gallery, Karlín. It is going to be launched together with the festival on Thursday, October 15th, and will continue up until October 31st.

Signal Festival has joined the event called Praha Září. The vestibule of the Industrial Palace at Výstaviště Praha was livened up on September 8th by an installation created by Markéta Jáchimová, a young artist active on the Czech and Swiss artistic scene.

Her object called The Machine materializes the contrast between urban and rural landscape, between a human, a machine which can turn into a tool of bad conduct in human hands, and a peaceful tree and between global problems and economic growth. The installation is a critical metaphor and gesture. It points to human greed which causes excessive logging and deforestation. The artist treats the topic of ecology minimalistically while managing to leave a strong impression. The partner of the project is DOOSAN company.

Pražská tržnice celebrates 125 years of existence. Michal Škapa, who belongs among the most outstanding authors of the Czech graffiti scene, has created a new large neon object on this occasion, called The Torchbearer. Škapa was inspired by the statues of a bull and a human at the entrance to the area of Pražská tržnice. The neon painting of a bull and its human guide now becomes changeable. It is animated by gradual switching on and off of its lights. The bull symbolizes strength and unrestrained passion. The human figure represents a torchbearer who you can easily follow to unexplored parts and boldly step out into the unknown future – just like Pražská tržnice, which is embarking on a new journey right.

Another novelty is an interactive digital exhibition aimed at child visitors which will begin with the first day of the festival and will continue until October 31st. The installation BIOSY by the Slovak new media artist Boris Vitázek transforms the space of Hauch Gallery in Karlín into one lively, playful and educational digital ecosystem. The combination of gaming design, data visualisation, and the very interaction of visitors creates a dynamic metaphor of a natural ecosystem. The visitors follow the birth and death of life and the way people can influence nature’s health.

The eighth year of Signal Festival will offer altogether 15 installations along 3 festival routes through Holešovice, the Old Town, and Karlín. The streets of Prague will be lighted up from Thursday, 15th October to Sunday, 17th October 2020 always from 7 p.m. to 12 p.m.

Most of the festival program is free, entry to the 4 paid installations can be easily acquired via a single ticket – Signal Pass. The pass is available for 200 CZK by September 20th, 2020, from September 21st, 2020 up to the festival opening for 250 CZK and on the spot for 300 CZK.