Tasked with creating a new recipe for Bageterie Boulevard, the chefs get together to swap ideas. Unable to agree on anything, they decide to each create their own baguette and take them to Prague’s annual Burgerfest to let the public decide who’s creation is tastiest.

With the winning recipe to be sold at Bageterie Boulevard outlets across the Czech Republic from December 8, the pressure is on!

The show follows a trio of chefs on their travels around the Czech Republic, in search of the best food and wine producers that the country has to offer.

The show is filmed mainly in Czech (with a little Slovak, Italian, and English thrown in) however English subtitles are available for all episodes.  New episodes can be found each week on mall.tv and praguemorning.cz 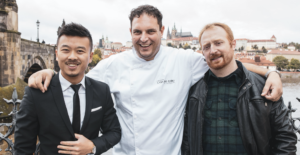 Share via: Matteo surprises Chris and Alberto with a motorhome road trip. Heading southeast from Prague, they head… 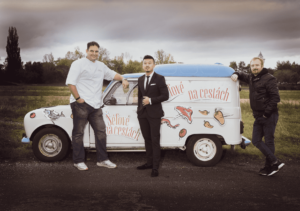 Share via: Whilst exploring the countryside around Prague on classic Czech motorcycles, the guys get stuck in the… 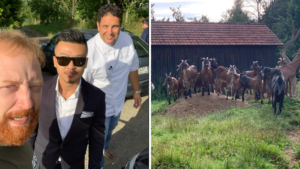 Share via: The boys head to beautiful Krasolesi to discover delicious goat’s cheese. Chris decides to make the…

Share via: After a night sleeping under the stars, Alberto and Matteo are joined by Chris for a… 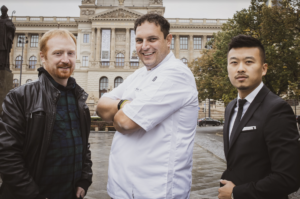 Share via: This week the boys visit Pepperfield to discover the secrets of Kampot pepper and hear about…

Share via: This week the Šéfové na Cestách head to the forests of Šumava in search of mushrooms.… 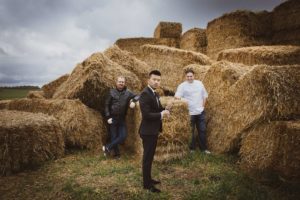 Share via: This week the Šéfové na Cestách head north to the vineyards of the České Středohoří mountains.… 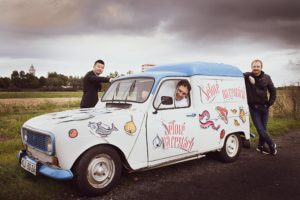