Save Our Beer! Czech Microbreweries are Asking for Your Help

Coronavirus has been affecting the lives of many people lately, including small breweries.

Due to the closure of restaurants, their demand dropped significantly. These circumstances led to the initiative Zachraň pivo (Save the Beer) to help them with the sale of alcoholic beverages.

At the moment, there are 1,306,833 half-liter glasses of craft beer sitting in tanks.

“Thousands of beers are waiting to be rescued. Brewed, fresh and unpasteurized beer is perishable. Throwing several thousand liters into a canal can put an end for some of us. Do you want to help Czech microbreweries? ” stated the post on the Facebook page.

According to the representatives of this initiative, it is not difficult to help. “Just look at our map, find the nearest store, buy and drink beers. Do you know a more pleasant way to help someone?”

“A quarter of about 500 Czech microbreweries will not survive the crisis”, said on Wednesday the president of the Czech-Moravian Brewery Association Jan Šuráň.

According to him, beer production in microbreweries has fallen by an average of 80 to 85 percent.

“These people will last for a month. The government should act as quickly as possible to compensate for the crisis measures. Restaurant operators pointed out that based on the Crisis Act, paragraph 36 states “the state is obliged to compensate the damage caused to legal and natural persons in causal connection with crisis measures with interest-free loans, withholding tax payments, or forgiving insurance payments.”

Microbrewers would join restaurants in the case of a class-action lawsuit. “If the government does not support microbreweries, there will be thousands of unemployed people”, according to Šuráň. 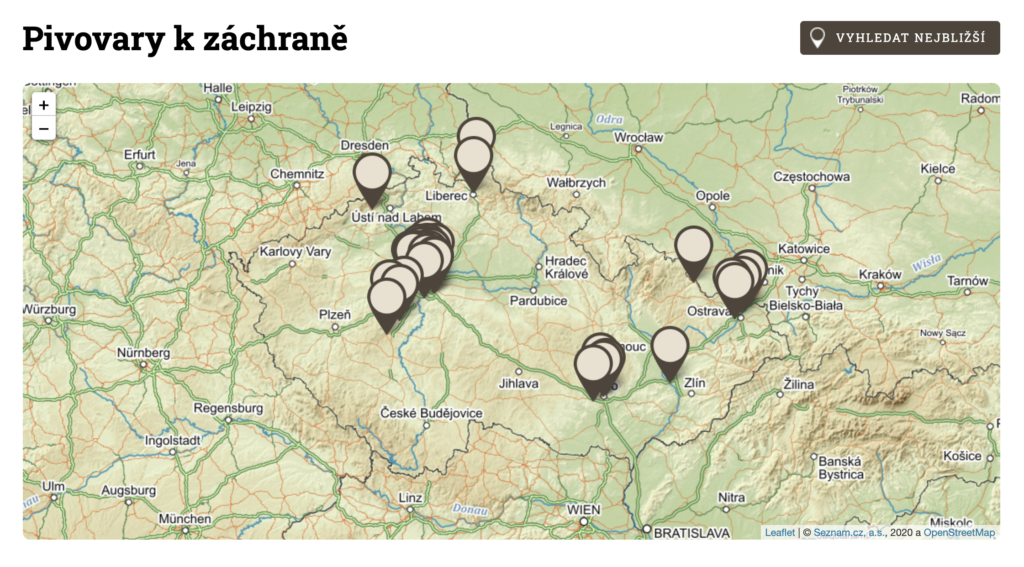