A uniting wall. Visited by millions of curious people every year in Prague, the Lennon Wall arrived in Paris today.

On Thursday, October 20, and Friday 21, 2022, the Lennon Wall comes to the Pantheon, in Paris 5th arrondissement.

As part of the Czech Presidency of the EU Council, 27 artists from the European Union (including French Anaëlle Bouard) and two special guests from Ukraine (Viktoriia Savchuk) and Norway (Pippip Ferner) have been invited to create a mural themed on liberty and energy on the famous Lennon Wall in Prague. After a day’s work, the 29 artists created a large work of art of 35 x 5 meters.

Once the artists concluded their work on the Lennon Wall in Prague, it was photographed and printed on an inflatable wall of the same size (35 x 5 metres).

The replica was earlier unveiled in front of the Palace of Europe in Strasbourg, and is now on display –for two days – at the Place du Panthéon, in Paris. Pavel Štastný says he added a special feature:

The project is also meant to highlight the EU motto “United in Diversity”.

Behind this cultural project titled “Wall of Freedom and Energy / Lennon Wall Prague” stands Czech artist Pavel Šťastný. “This is a wall not dividing us but uniting us. When traveling across Europe, it displays a unique and common vision of artists about human liberty and the energy of art”, he says in a release published on October 16.

“Each wall is dividing. Sole the wall dedicated to John Lennon unites. And this is why, although we fill it with the air of Prague, Brussels, Paris, the air of liberty, we will eventually make it disappear. Human relationships rely on the will of being together, wall-less. The Lennon Wall will stay in Prague as a symbol of liberty that would knock down all walls”, Czech Ambassador in Paris Michel Fleischmann says. 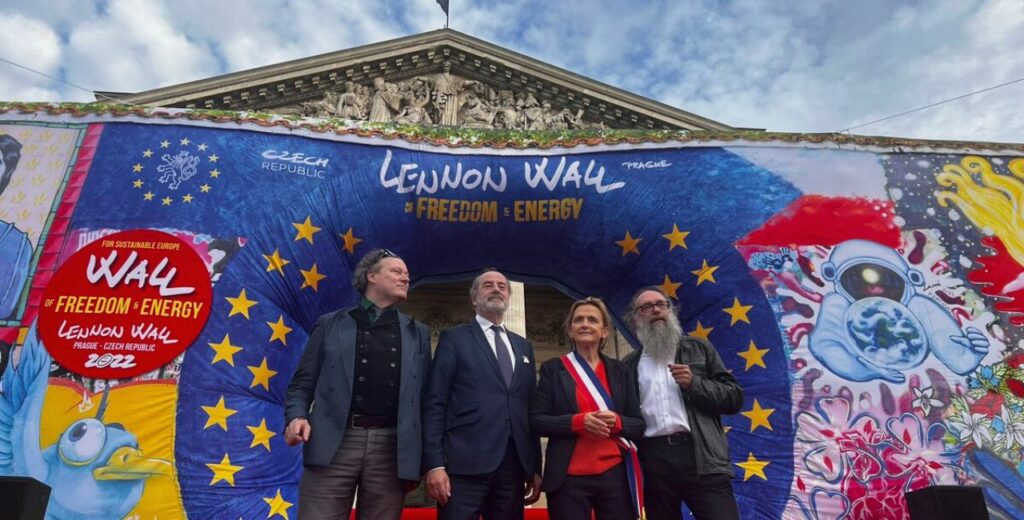 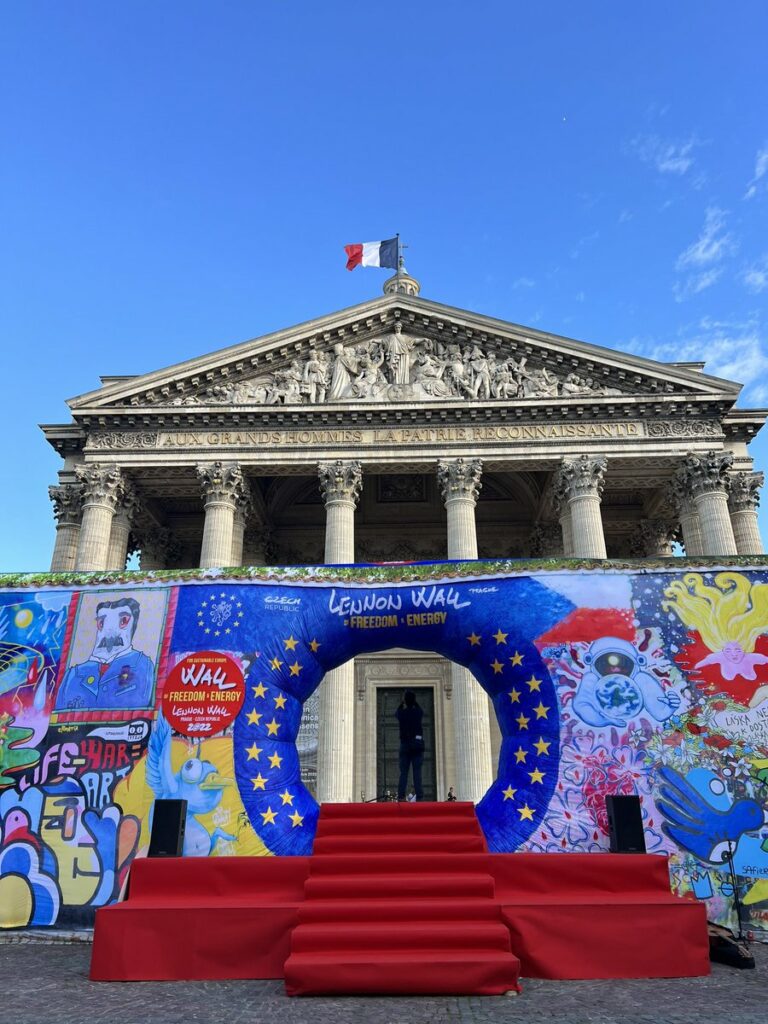