The replica of the Marian column at Old Town Square is not the only Hapsburg era monument that may be restored.

Plans to revitalize Malostranské náměstí call for the statue of Field Marshall Radecký to be returned to the square but there is some opposition to that idea as well.

Marshall Wenceslas Count Radecký of Radeč (1766-1858) was a soldier of Czech origin who led many victorious campaigns in the service of the Austro-Hungarian Empire, known for the victories at the Battles of Custoza (1848) and Novara (1849) during the First Italian War of Independence.

The brothers E. and J. Max were designers of the monument, cast from captured Italian guns, and solemnly unveiled in 1858, i.e. after Josef’s death, in the lower part of Malostranské Square.

Prague 1 councilors supported the intention to return the monument to Malostranské náměstí and the proposal has previously been endorsed by the Commission for Culture.

“Before the complete reconstruction of Malostranské náměstí, an archaeological survey will be carried out so that the erection of the monument can be incorporated into the new plan. The overall transformation of the square should begin later this year,” said Prague 1 Town Hall in a Facebook post.

Even though Radecký was Bohemian, his statue was seen as a symbol of Austro-Hungarian domination, as he fought for their army. There has been a movement over the past years to put it back in its original place, as the anger toward the Hapsburg monarchy has waned.

The statue honoring the Marshall was taken down in 1919, after Czechoslovakia got its independence and it is now to be seen in the Lapidarium of the National Museum at Prague exhibition area. 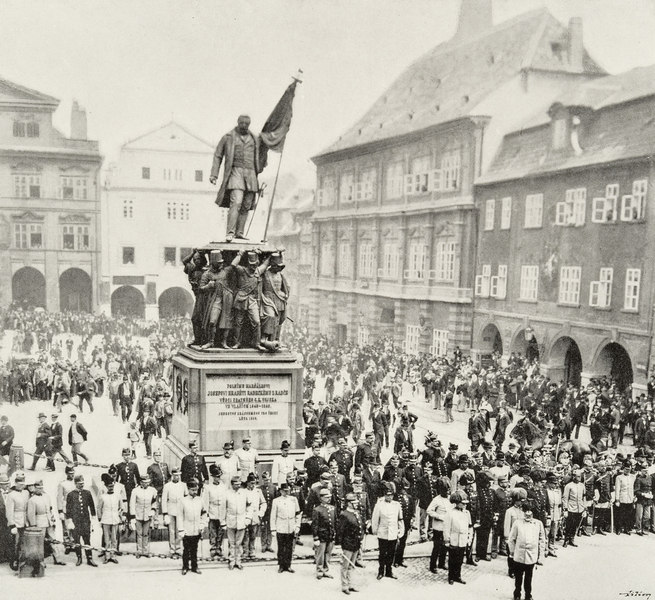