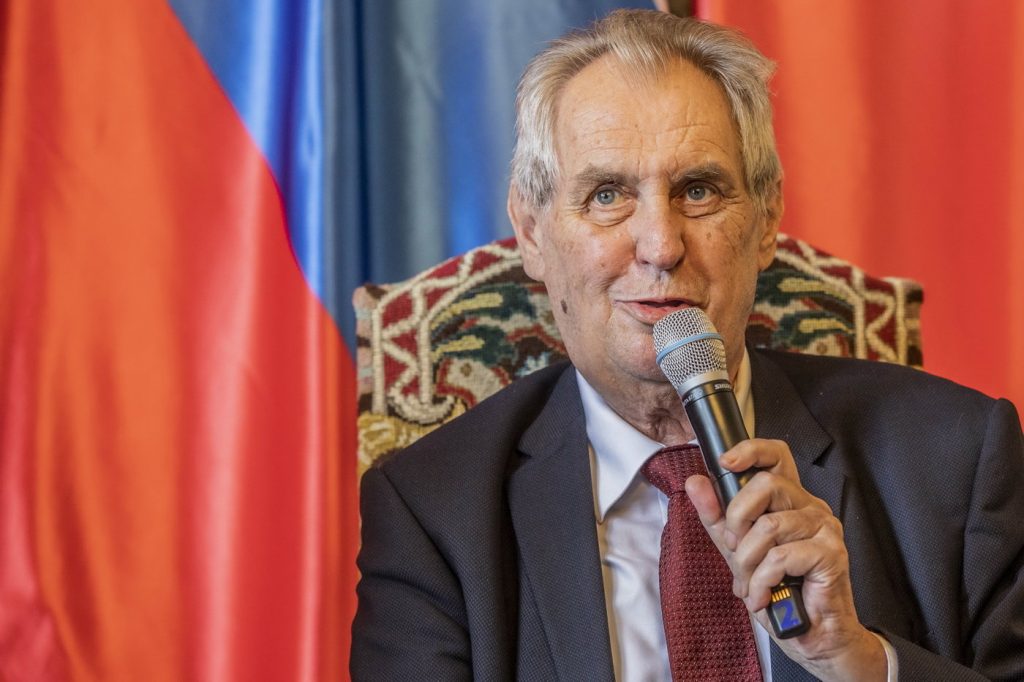 Czech President Milos Zeman while visiting the US Ambassador’s residence in Prague on the 244th anniversary of the independence of the United States, said the slogan “Black Lives Matter” is racist.

He stated that “he does not need new big brothers who will tell him what values ​​to confess.”

“The slogan ‘Black Lives Matter’ is a racist slogan because all lives matter,” Zeman said in a speech provided by his spokesman.

Zeman targeted the “Black Lives Matter” campaign that has spread around the globe since George Floyd, an unarmed African American man, was killed in US police custody a month ago.

“We can’t ignore this danger, we have to face it,” Zeman said, criticizing street riots in the US, destroyed monuments, and burning cars.

The BLM movement has been regarded as largely peaceful. Protesters have targeted statues in the United States and Europe that depict historical figures who owned slaves or were colonizers.

Zeman blamed “stupid fellows who declare themselves value leaders, or even opinion leaders”. “We need free-thinking, we need common sense,” he said.

“We need free-thinking, we need common sense,” he said.“I do not need any new Big Brother,” he said, using a term from George Orwell’s classic dystopian novel “1984” to claim the BLM was foisting its opinions on others.

Adopted by 493 to 104 votes, the European Parliament on June 19 declared that “Black Lives Matter” and denounced racism and white supremacism in all its forms.

It also urged EU countries to denounce “the disproportionate use of force and racist tendencies in law enforcement”.