Prague’s zoo has introduced a pair of critically endangered Chinese pangolins to the public. It is only the second animal park on the European continent to have the animals.

The arrival of the rare acquisition from Taiwan follows a political fallout with Beijing that prevented the expected arrival of a pair of giant pandas.

Guo Bao, the male pangolin, and Run Hou Tang, the female, came from the Taipei zoo, the leading breeder of the mammals that are hunted heavily for their scales and meat.

It is estimated almost 200,000 were trafficked in 2019 because of the scales that are used in traditional medicine in Asia and elsewhere.

A few years ago, Prague was expecting to receive pandas after it signed a partnership agreement with the Chinese capital in 2016.

But those hopes came to an end just three years later when Prague decided to revoke the sister-city agreement with Beijing, an action that angered China.

Prague took the action after Beijing rejected a request to remove a clause from the agreement that states that Prague supports the one-China principle, which does not recognise Taiwan as an independent nation. 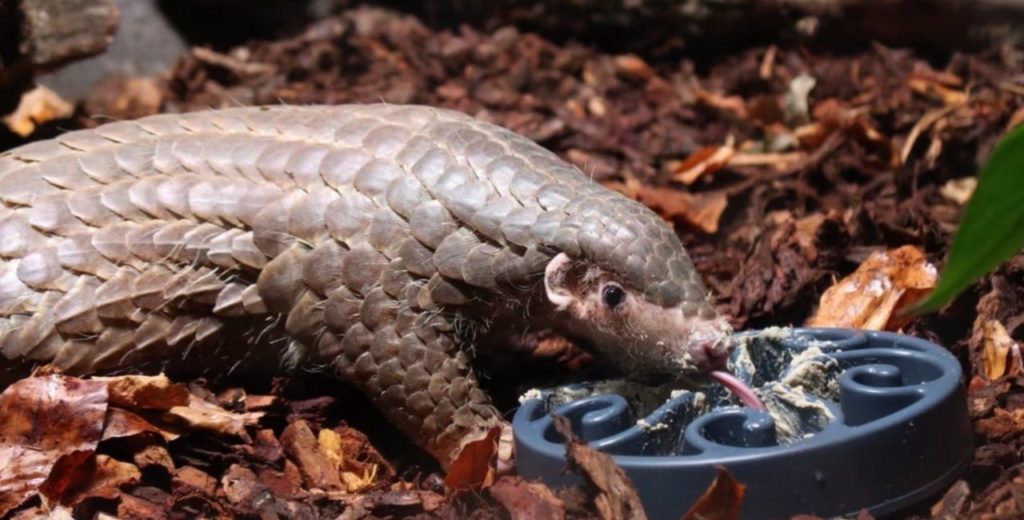 The Czech government recognises the one-China principle, but Prague officials said they wanted to focus on cultural cooperation, not on politics.

Relations with China were further strained in 2020 when Prague signed a similar sister-city agreement with Taipei, a deal that also included cooperation between the zoos of the two cities.

Prague Zoo director Miroslav Bobek said he was concentrating on the animals.

“Sometimes, the arrival of pangolins is commented on that they are here instead of pandas,” Bobek said on Thursday.

“I do not perceive it quite like that, although of course it is a possible interpretation. For us, they are ambassadors of the wild nature, ambassadors of the pangolins that are still living in the wilderness. The same way, if we were to have the giant pandas here, they would be a symbol of protection of endangered species.”