“I tell my friends who come here that I integrate differently, with my heart, and I advise them to love and trust people more”.

Famous for its delicious and distinct soups, including other specialities of the Georgian cuisine, this bistro Polévkárna paní Mančo established in 2014 it’s a flourishing family business.

In the kitchen, cheerful and talkative Manana Toidze, known as Mrs. Mančo. Her son Vasko helps her, and her son Nika is responsible for running the restaurant. The interior is decorated with paintings by Mrs. Mančo’s husband.

Although the bistro mainly specializes in soups that are frequently changing, you can also taste khachapuri, a traditional Georgian dish of cheese-filled bread or khinkali, dough pastry stuffed with meat. From the soups, we recommend having kharcho, a goulash with beef or chicken and walnuts, or chicken with tarragon, which is Mrs. Mančo’s culinary invention.

“It was the first soup I made-up. I’ve always cooked it for kids. Here in Georgia, we use a lot of herbs like coriander, dill and mainly tarragon, which has antibacterial and antiviral properties”. Among other dishes already adapted to Czech clients, she includes sandwiches with spinach and eggplant paste.

The whole family comes from Georgia, Tbilisi. Her husband and their children emigrated first, followed by Mrs. Manana. She joined in 2006 the non-profit organization Berkat (now Inbáze), in the Ethnocatering project, where she worked as a chef for five years. From there she went to work in a soup house opened by her Czech friends, and after receiving her permanent residence, she started her own business – Soup Mrs. Mančo (Polévkárna paní Mančo).

In Georgia, Mrs. Manana was a chemical engineer and worked in a laboratory, but as she says, every woman in Georgia can cook because they do it for their family. She feels at home in the Czech Republic and has a lot of Czech friends here. According to Manana, the Czechs are very calm, but it would not hurt them if they were a little livelier.

“They should do more business and be more ambitious. They are scared and say that by the age of forty you are too old to start something. I think they lack calcium and don’t eat much curd or cheese. They need more energy”, said Mrs. Mančo.

“I always say that depending on how you are will be the people around you. I’ve always had good people around me. I tell my friends that I integrate differently, with my heart, and I advise them to love and trust people more”, she added. 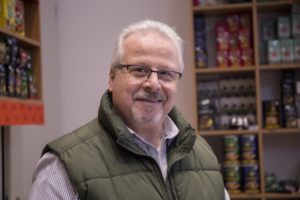 Emessa – Orient in the Middle of Prague

Share via: “A person who is healthy and has a good family does not need more. It’s already… 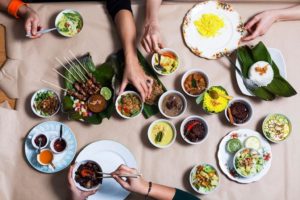 Javánka & Co.is a restaurant that offers mainly Indonesian cuisine with specialties from around the world. 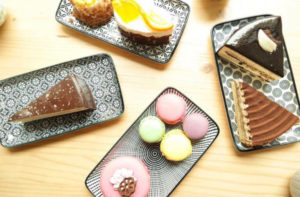 Share via: “In general, I think Vietnamese cafes and Vietnamese coffee are quickly integrating into Czechs minds.” Coffee… 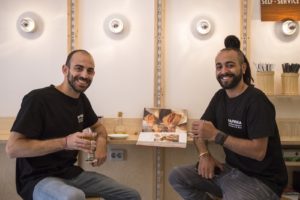 Paprika – A Taste of Israel in Prague