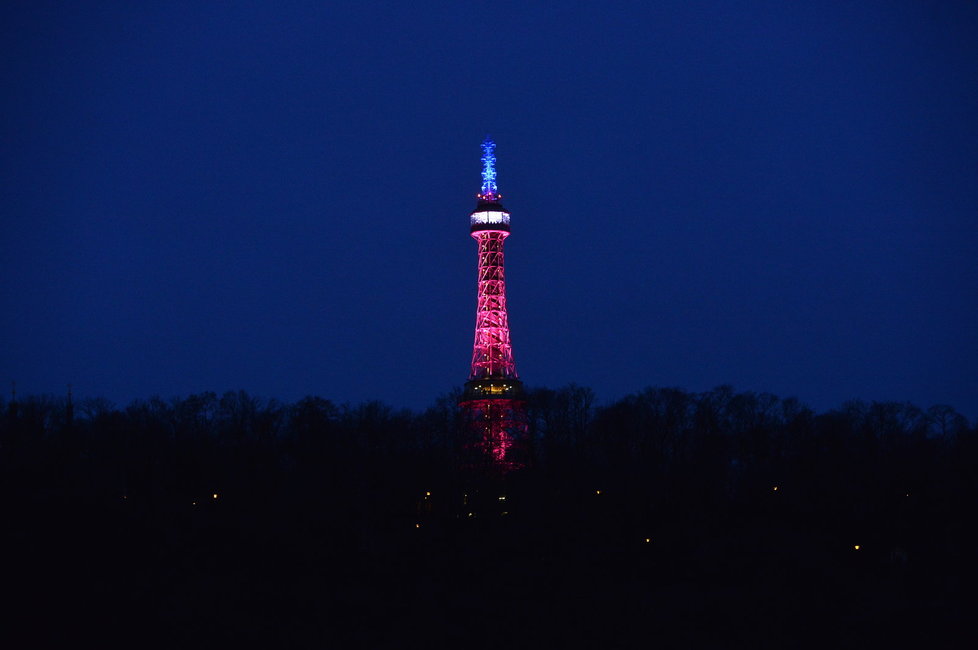 Following the terrible Notre Dame’s fire in Paris, Prague’s Petřín Tower – which was modeled after, and strongly resembles, the Eiffel Tower – will lit up in blue, white, and red in a show of solidarity.

Yesterday, a major fire has engulfed the medieval cathedral, one of France’s most famous landmarks. The 850-year-old Gothic building’s spire and roof have collapsed but the main structure, including the two bell towers, has been saved. The cause of the fire is not yet clear.

The special lighting was not a first-time event. On public holidays and other important dates, the tower has also been lit up in red, white, and blue after the Czech Republic flag.

During the past two years, the tower has been lit in green to celebrate St. Patrick’s Day, which will occur again on March 17, 2016.

However, not everyone agrees with the lighting. The Prague Conservation Reserve issued a statement asserting that the illumination should only be granted for national holidays and “extraordinarily” important days.