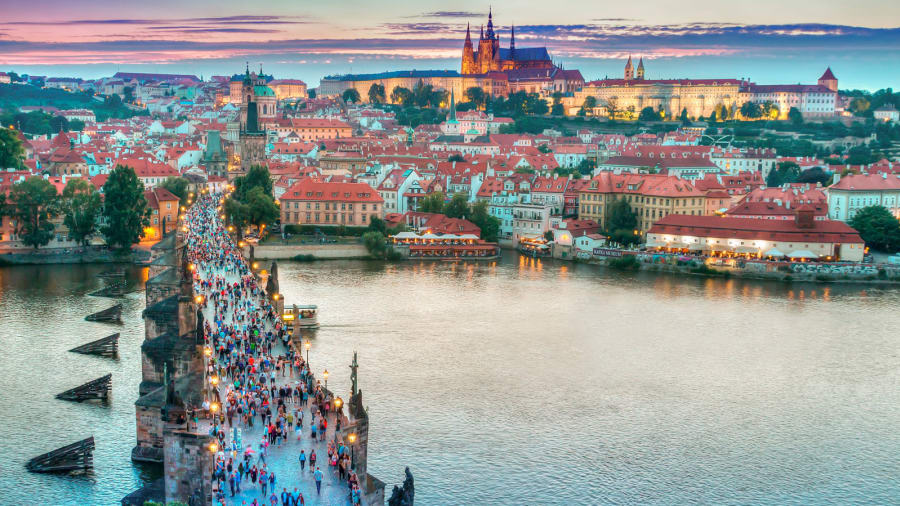 From January to September, the number of tourists in Prague fell by almost seventy per cent compared to the same period last year. However, the share of Czech tourists doubled during the first three quarters of 2020.

Thanks to Prague Unlocked campaign, almost 70,000 people visited the metropolis this summer, mainly from the Czech Republic, Germany, Austria, and Slovakia.

More than 400 accommodation facilities participated in the program. Visitors can use free tickets to almost 80 tourist attractions, such as museums, galleries, and monuments.

“Most visitors were families with children, they slept on average two or three nights in four-star hotels. The most popular destinations were the Prague Zoo, Prague Castle, Petrin Tower,” said Hana Třeštíková, Prague Councillor for Culture and Tourism.

“The program has been evaluated very positively not only by us but also by the Association of Hotels and Restaurants or the Confederation of Trade and Tourism,” said Klára Malá, a spokesperson for Prague City Tourism.

“During this summer, Prague recorded a 16 per cent increase in domestic visitors compared to 2019,” she added.

According to the Czech Statistical Office (CSO), less than 750,000 tourists visited Prague during the third quarter of the year, i.e from July to September.

Several hotels may shut down

The municipality extended the campaign until the end of the year. However, due to current government measures against the spread of coronavirus, vouchers cannot yet be used. So the question of whether hotels and museums will open at all by the end of the year is plaguing many business owners.

“It is possible that in December part of the measure will be relaxed and we will be able to attract more people to Prague,” added Třeštíková.

“The current situation is deplorable. At least 450 of the accommodation facilities in Prague are closed,” explains Viliam Sivek, President of the Czech Tourism Union, who is also the owner of Sivek Hotels. “Of the five hotels, three are closed. We have one or two rooms occupied,” says Sivek.

According to Radka Telyčková from the Helping Hoteliers project, many hotels will not be able to cope with the decline in tourism and will not reopen.

For Prague’s mayor Zdenek Hrib the key lies in regulating accommodation for tourists. “We must tackle the Airbnb problem first, otherwise we have no control over how many tourists come to Prague,” he says.

Hrib has submitted a draft law to the Czech parliament that would allow him to restrict rentals via platforms like Airbnb. Entire apartments will no longer be allowed to be rented out at all, but only rooms in apartments where the owner themselves live.

Allegedly, barely 80% of the over 13,000 apartments which Airbnb offers in Prague, are no longer allowed to be offered via the Internet portal. The measure might eventually make renting Prague apartments to locals more lucrative than short-term rentals to foreign tourists.