Prague to Commemorate the 30th Anniversary of Berlin Wall’s Fall

Before rap become synonymous with gangstas, and mostly misogynistic rhymers there was the hey-day time or “the daisy age” of the perhaps naïve but more peace-loving hip-hop artists, and among the best of this period is De La Soul from the late ‘80s—formed in 1987 to be exact from Long Island, NYC.

Back in those days, hip-hop had a sense of humor, it had creative verve, and it grooved relentlessly. There was sexiness to the music and risqué lyrics but without masochistic put-downs and posturing.

Public Enemy was already a force (and not a peaceful one for sure), but they had a dignity and spirit that did not rival or counter this newer wave of hip-hop collectives, which also included A Tribe Called Quest, Digable Planets, and the Beastie Boys as more positive hip-hop messengers to the mainstream.

Approaching the end of this year’s Strings of Autumn Festival 2019 is a celebration with the legendary hip-hop group De La Soul still together with the original trio, Posdnuos, Trugoy and Maseo to honor the 30th anniversary of their best-known recording “3 Feet High and Rising” and, of course, more importantly for the Czechs to celebrate 30 years since their November 1989 Velvet Revolution. 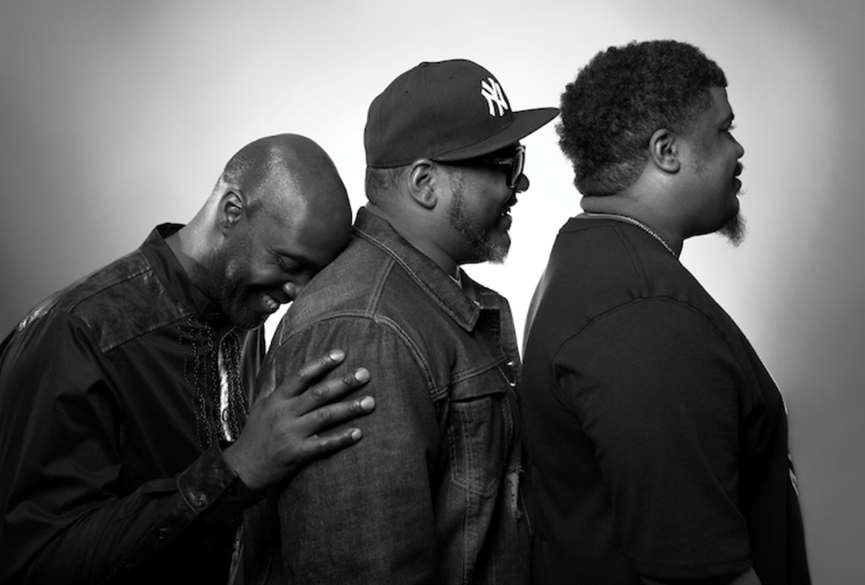 “3 Feet High and Rising” released on Tommy Boy Records is considered a high-water mark in hip-hop recordings. With interludes of short comedic skits similar to Cheech & Chong between songs, including a sly (but sadly legally-challenged) sample of The Turtles “You Showed Me” but with spoken words in French “Translating Live From Mars,” followed by simply one dope-jam groove after another. There is not a bad track on the album and it was done still when the track order on albums had a purpose for full enjoyment (and with no commercial interruptions courtesy of You Know Who or That One Too).

De La Soul did want to improve society, but they looked at it from the perspective of one guy at a time. The light-hearted rhyme to their “A Little Bit of Soap” is all about making the community more livable.

“Please listen to this simple De La style I’m gonna sing
It’s strongly directed to all the misery you’re bringing
Now I’m not all about dissing someone else personnel
But there’s no quota on your odor
That’s right, you smell!
Now you might feel a little embarrassed, don’t take it too hard
And don’t make it worse by covering it up with some Right Guard
Before you even put on your silk shirt and fat gold rope
Please take your big ass to the bathroom
And please use
(A little bit of soap….)”

Now in its 23rd edition, the Strings of Autumn Festival brings top-notch experimental, classical and jazz or cross-over musicians for a series of concerts in October-November, and this year’s De La Soul concert is a testament to their commitment of programing for a broad spectrum of music lovers.