Today’s the 111th birthday of British humanitarian Sir Nicholas Winton, who organized the escape of 669 children from German-occupied Czechoslovakia in the lead-up to World War II.

Nicholas Winton was born Nicholas Wertheimer on May 19, 1909, in West Hampstead, England, and baptized as a member of the Anglican Church by decision of his parents who were of German Jewish ancestry. He was a stockbroker by profession.

In December 1938, Martin Blake, a friend and an instructional master at the Westminster School in London, asked Winton to forego his planned ski vacation and visit him in Czechoslovakia, where he had traveled in his capacity as an associate of the British Committee for Refugees from Czechoslovakia. This committee had been established in October 1938 to provide assistance for refugees created by the German annexation of the Sudeten regions under the terms of the Munich Pact.

Convinced that a European war was imminent, Winton decided to go. In Prague, Blake introduced Winton to his colleague, Doreen Wariner, and arranged for him to visit refugee camps filled to capacity with Jews and political opponents from the Sudetenland.

After Munich, Winton had been certain that the Germans would occupy the rest of Bohemia and Moravia before long. He had been alarmed further by the violence against the Jewish community in Germany and Austria during the Kristallnacht riots in November 1938.

When he heard of subsequent efforts of Jewish agencies in Britain to rescue German and Austrian Jewish children on the so-called Kindertransport, an effort that eventually brought about 10,000 unaccompanied children to safety in Great Britain, Winton summoned a small group of people to organize a similar rescue operation for children imperiled by the impending German dismemberment of Czechoslovakia in March 1939. 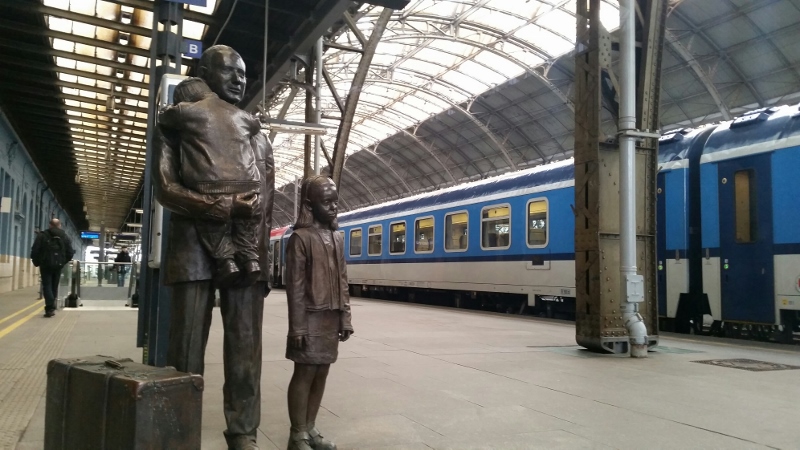 Winton immediately established a Children’s Section and, using the name of the British Committee for Refugees from Czechoslovakia, initially without authorization, began taking applications from parents at his hotel in Prague. As his operation expanded, he opened an office in central Prague. Soon, thousands of parents lined up outside of Winton’s Children Section’s office seeking a safe haven for their children.

Winton returned to London to organize the rescue operation on that end. He raised money to fund the transports of the children and the 50 pounds per child guarantee demanded by the British government to fund the children’s eventual departure from Britain. He also had to find British families willing to care for refugee children.

By day, Winton worked at his regular job on the Stock Exchange, and then devoted late afternoons and evenings to his rescue efforts. He made a great effort to raise money and find foster homes to bring as many children as possible to safety.

The first transport of children organized by Winton left Prague by plane for London on March 14, 1939, the day before the Germans occupied the Czech lands. After the Germans established a Protectorate in the Czech provinces of Bohemia and Moravia, Winton organized seven further transports that departed by rail out of Prague and across Germany to the Atlantic Coast, then by ship across the English Channel to Britain.

At the train station in London, British foster parents waited to collect the children. The last trainload of children left Prague on August 2, 1939. Rescue activities ceased when Germany invaded Poland and Britain declared war in Germany in early September 1939.

The total number of children rescued through Winton’s efforts is not yet certain. According to a scrapbook he kept, 664 children came to Great Britain on transports that he organized. In the research compiled for the documentary “The Power of Good: Nicholas Winton,” aired on Czech television in 2002, researchers identified five additional persons who entered Britain on a Winton-financed transport, bringing the official number to 669 children. The available information indicates that some children who were rescued have not yet been identified. 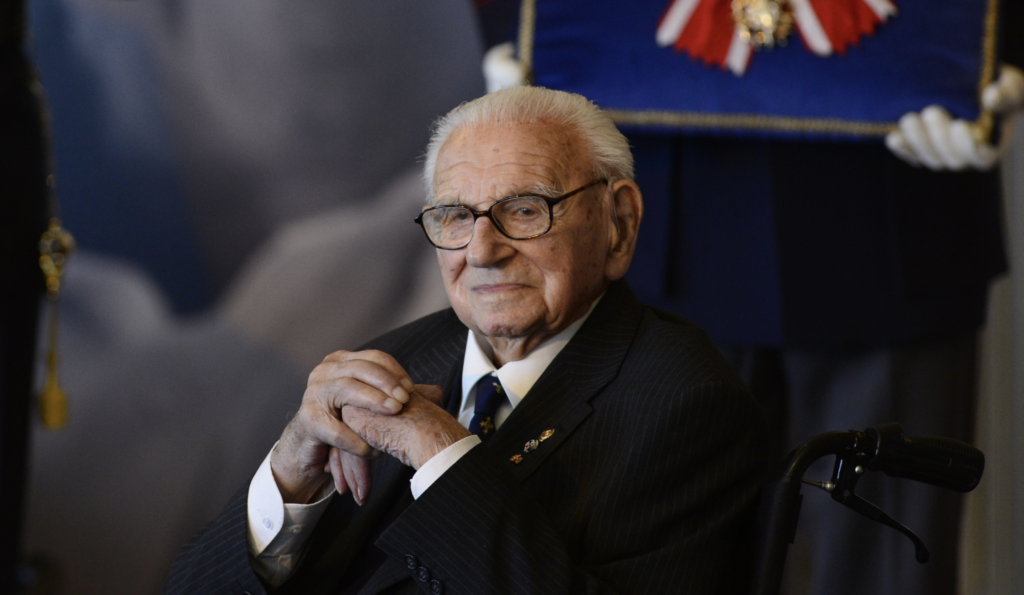 Winton since received a letter of thanks from the late Ezer Weizman, former president of the State of Israel, and was made an honorary citizen of Prague in the independent Czech Republic.

In 2002, Winton received a knighthood from Queen Elizabeth II for his services to humanity.

Prague Morning@PragueMorning
61 Following 1.7K Followers
🇨🇿 On this day in 1942: #Czechoslovak parachutists Jan Kubiš and Jozef Gabčík carried out the assassination of the… https://t.co/Ui5JXaCYwH
2 hours ago
The #CzechRepublic will be one of the first European countries with which #Georgia will resume tourist traffic… https://t.co/Cscu42E8od
16 hours ago
3