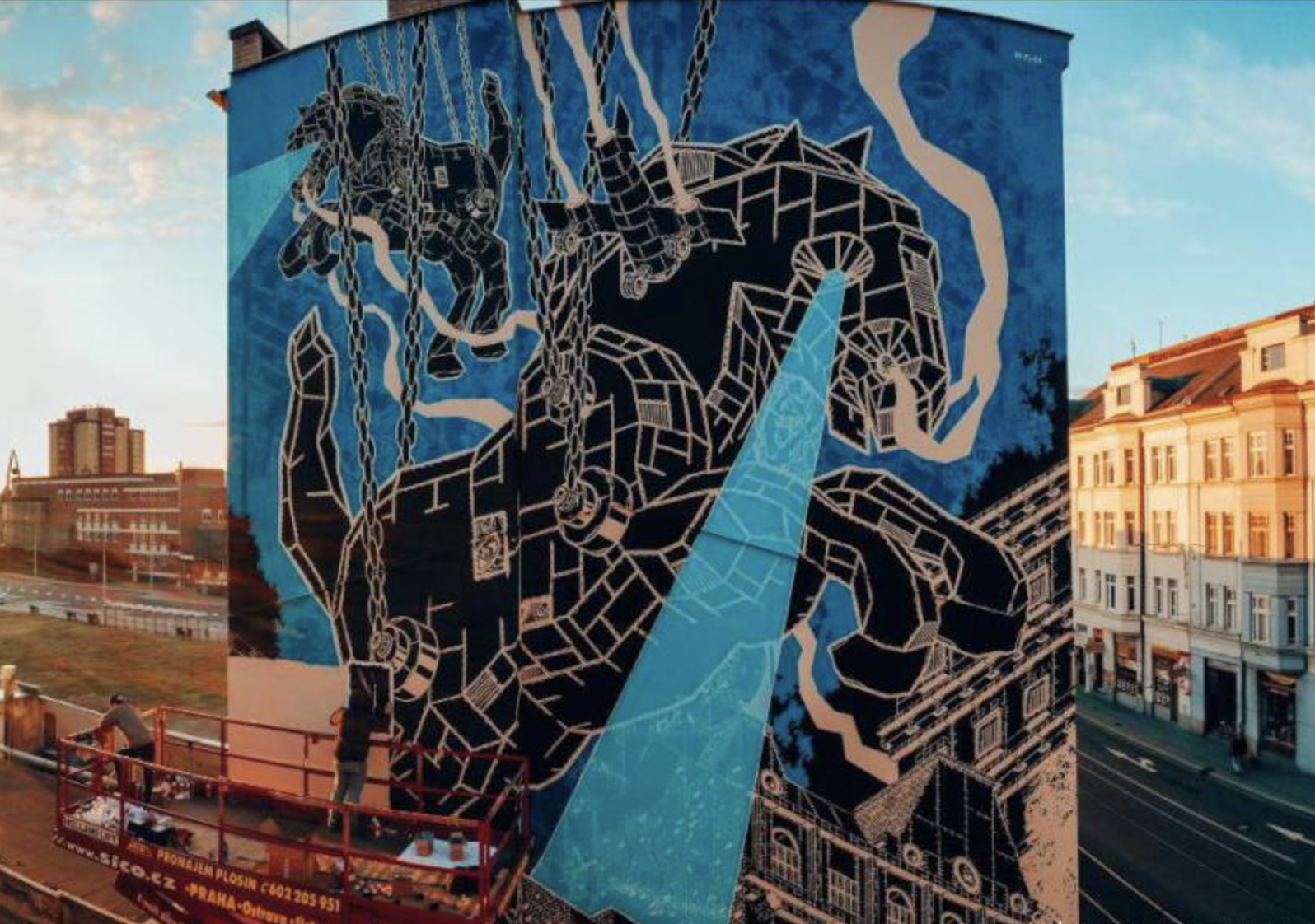 Polish artist Mariusz M-City Waras, known for his striking black and white cityscapes, has painted a mural on a facade in Nadrazni street, Ostrava.

“We tried to feel the pulse of the city, to reveal its personal rhythm and charm,” Mariusz M-City Waras explains. “One of the fundamental tasks was to find a certain symbol, a metaphor, something understandable and close to every citizen – not to deploy a foreign thing to which no one has a relationship.”

This scene of a robotic, leaping horse has revitalised a once plain, ordinary building in Ostrava.

Alexandra Krolikova, an independent art curator who focuses on street art, explains that when planning the piece, herself and Mariusz were “looking for a secret sign, understandable for all the inhabitants of Ostrava, a common cultural code.”

She added: “The painting will contain an allegory, metaphor and aesthetics of urbanism, focusing on the uniqueness of Ostrava and its stories.”

Mariusz Waras, better known as M-City, is an artist from Poland, whose large-scale stencils create imagined cityscapes inspired by impressions from his childhood. He was born in the late 1970s and grew up in Gdynia, Poland, surrounded by an industrial landscape of factories, hydroelectric plants, chimneys, and cranes. These structures feature heavily in the intricate designs of his murals.

After graduating from the Department of Graphic Art at the Academy of Fine Arts in Gdansk, he developed his style of piecing together hundreds of carefully cut stencils to create coherent agglomerations of buildings and objects. He works on a huge scale, with pieces spanning up to 85 meters long. When he isn’t out on the street, his work is featured in galleries, including the opening of URBAN NATION Museum in 2017.

As part of the M-City project, he created more than 700 murals in cities across the world. These include Warsaw, Gdansk, Berlin, Paris, Budapest, Sao Paulo, Rio de Janeiro, Bolzano, London and, of course, Prague.