The Negrelli Viaduct is the second-oldest bridge in Prague. The viaduct spans over the Karlín valley and the Vltava River, crossing Štvanice Island. Construction started in the spring of 1846 and it was completed in 1850.  The first regular train went on the viaduct on June 1, 1850.

The reconstructed Negrelli Viaduct in Prague will be put into operation on June 1, 2020. At the inauguration on Friday were present the PM Andrej Babiš (ANO) and Minister of Transport Karel Havlíček (ANO).

The viaduct was closed to trains in summer 2017. Reconstruction was complicated and originally supposed to end last September. The Railway Administration justified the delay saying that some parts of the bridge were in worse condition than expected.

The 1,120 m long viaduct had no competitor in Europe for more than fifty years. It consists of 87 arches, 77 of which are of sandstone and 8 of granite (over the river). Open without any restrictions, it survived the floods in 1865, 1890, and 2002. That was because it had been designed based on fresh experience with a flood in 1845.

The upgraded tracks will be capable of carrying modern electric trains that provide a high level of comfort at speeds faster than buses or trams.

The extensive reconstruction will be followed by the transformation of the bridge’s surrounding area, including the space beneath it

According to the proposal recently approved by Prague City Council, a new creative space with cafes, a library, and/or a summer theatre space could be developed under the viaduct.

The proposal envisages using the full potential of the arches, the creation of new public spaces, and the incorporation of the viaduct in the city structure. There will also be new parking spaces.

“Under the Negrelli Viaduct, we are preparing a new recreation space for the citizens of Prague. We want to prepare a balanced mix of commercial and non-commercial amenities, so the area can be self-financing while remaining diverse. Thus, a library branch, a senior citizens’ club, a new bistro, or an interesting start-up could be developed under the Negrelli Viaduct. Karlín Musical Theatre has already expressed interest in three arches, where they would like to create their summer scene, and that would be one of the options,” said Adam Scheinherr, Prague Deputy Mayor for Transport. 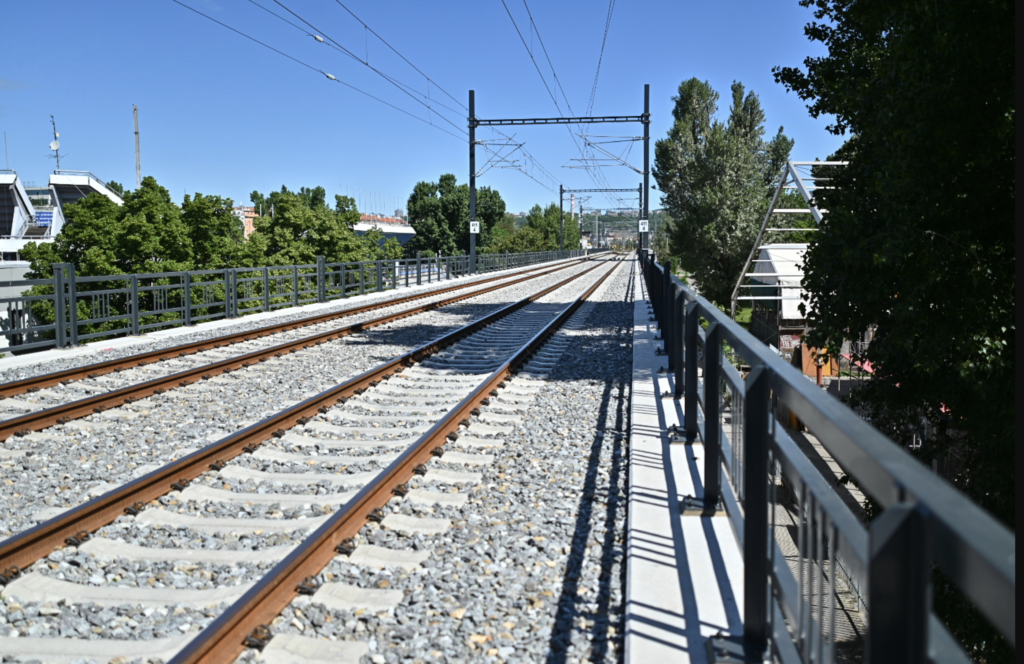