The National Museum is an unparalleled cultural monument and it has been guarding its current place for around 130 years.

The interiors of the largest museum in the Czech Republic are dominated by permanent exhibitions, which are visited by tens of thousands of visitors a year, and new ones are constantly being added. Every visitor will feel like in a real palace in the interiors of the National Museum.

History of the museum building

The appearance of the museum as we know it today was created at the end of the 19th century. The competition for construction took place in 1876. It was won by the design of the architect Josef Schulz, who excelled above all in the dominant elements, which was decisive.

The construction of the museum took only three years and its access, including the equipped interiors, took place in the 1990s, specifically on May 18, 1891.

Like most famous monuments or cities, the National Museum in Prague was hit by fire. This happened in 2016 when a fire destroyed the attic of the right wing. Fortunately, thanks to the reconstruction, there were no exhibits in the museum. The damage was then estimated at CZK 10 million.

The current appearance of the museum

Today, the museum complex is complemented by a new building, which dates from 1936 – 1937. Since 1962, the historic building has become a national cultural monument.

In the autumn of 2018, the reconstruction of the local building was completed, which opened to the public exactly on the day of the anniversary of the Czechoslovak Republic on October 28. A thematic exhibition was also held on this occasion. During the reconstruction, both the exterior and interiors were improved.

A lookout dome called the pantheon was even made available. It also included the construction of an underground connecting corridor with a new building, where Federal Assembly used to take place. 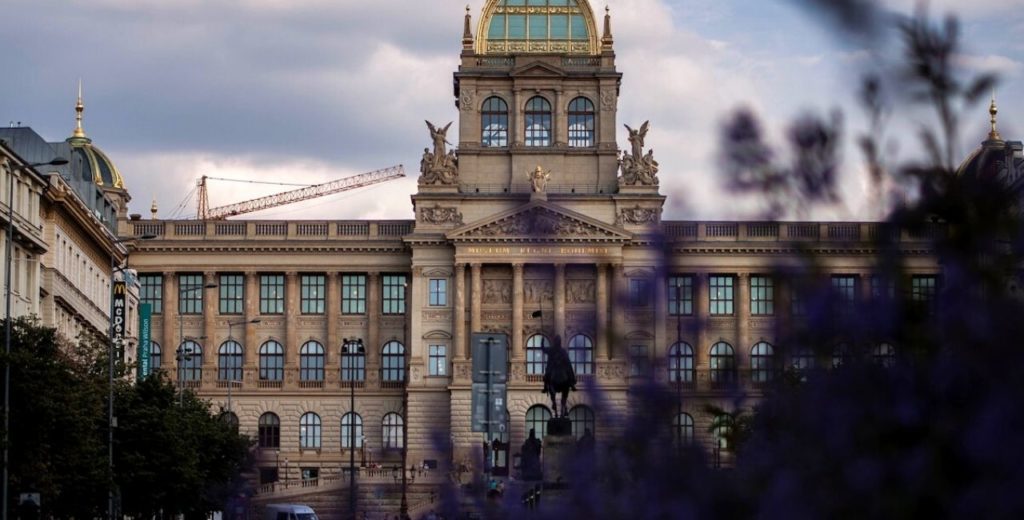 Numerous exhibitions take place in the National Museum. You should not miss the exhibition entitled Museum from the Cellar to the Attic (until 30/06/ 2023) that maps the history and present of the National Museum. Take a look at the life of the Museum as an institution, a historical building, a place where priceless artefacts are stored, as well as a space linked to many interesting personalities.