The new statue of Empress Maria Theresa was unveiled today, October 20, the day when she assumed the Austrian throne in 1740.

The Prague 6 Town Hall commissioned the statue in 2014 for the price of four million CZK. The statue stands in a new park located between the street Milady Horákové and the bastions of Prague Castle.

“It is elegant, majestic, and it will suit on the Powder Bridge (Prašný Most),” says the sculptor Jan Kovářík.

“It reminds me of a skittle,” wrote a Czech citizen on Facebook. “Disgusting, wasted money, mannequin,” are other negative reactions to the statue. Some people think the opposite: “Beautiful, modern and with a clean design. Unfortunately, Czechs are stuck in the past and will not appreciate it. “ 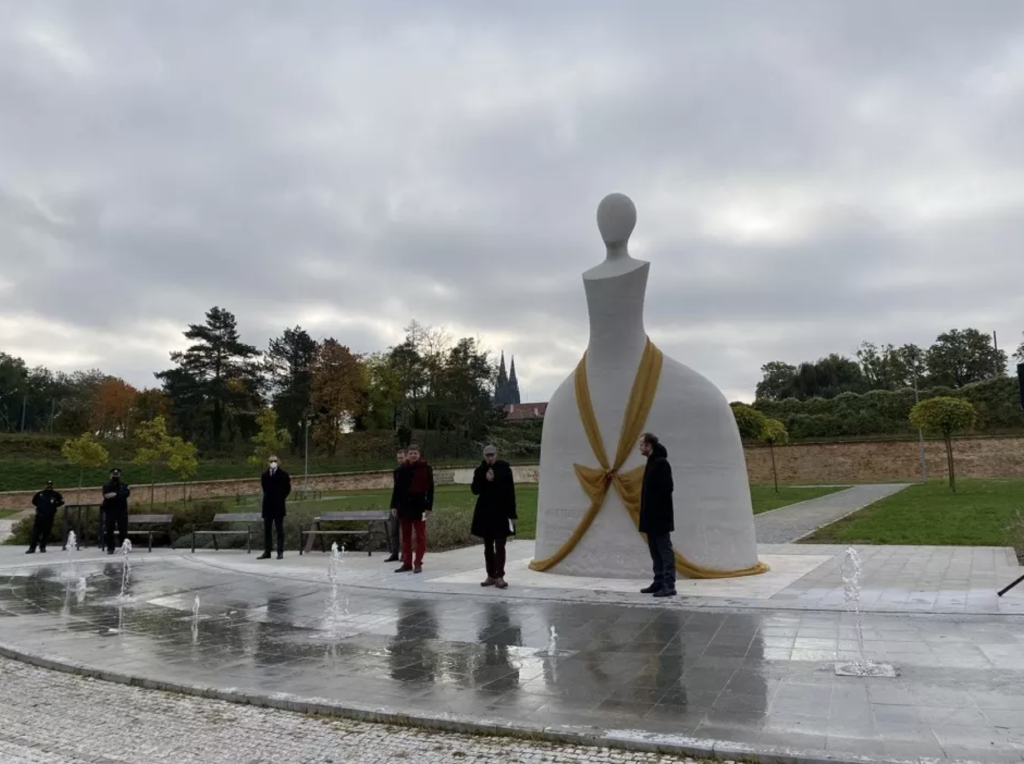 Maria Theresa Walburga Amalia Christina (May 13, 1717 – November 29,1780) was the only female ruler of the Habsburg dominions and the last of the House of Habsburg. She started her 40-year reign when her father, Emperor Charles VI, died in October 1740. As queen of Bohemia, she promulgated institutional, financial, and educational reforms.

She developed the modern centralized state and promoted education, judiciary, and financial reforms encouraged industrial production and introduced registers of inhabitants, real estate, and land. She was the first to start using paper money in Czech territory.

The rule of an empress who liked to present herself as a caring mother of the nation left a bitter after-taste; indeed the Czechs refer to her as ‘macecha Čech’, the stepmother of Bohemia.