The roof of the Lucerna Palace in central Prague is to be opened to the public this weekend.

The organizers decorated the roof in Easter style and created a lively corner with rams and goats.

The whole building carrying distinctive elements of subsiding Art Nouveau and incoming Modernism has been finished in 1921 by Václav Havel (the grandfather of president Václav Havel).

Since the beginning of the construction, social events were planned at the large roof terraces. However, the intent wasn’t realized. Builder Václav Havel passed away within the following year after completion of the construction.

His sons Václav M. Havel and Miloš Havel were more focused on building Barrandov Terraces, Barrandov Studios and cinematic industry. Then the war came, then communists and subsequently long dispute about ownership of the Lucerna that was brought to a successful conclusion by madame Dagmar Havlová, a wife of deceased Václav Havel and owner of the palace. 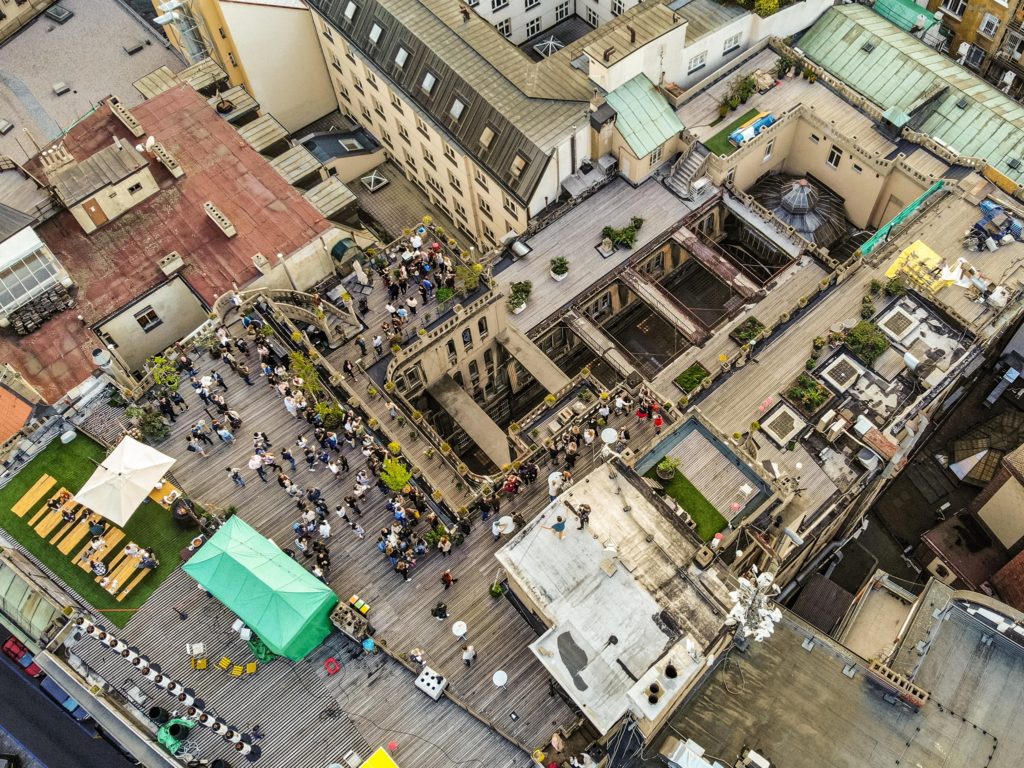 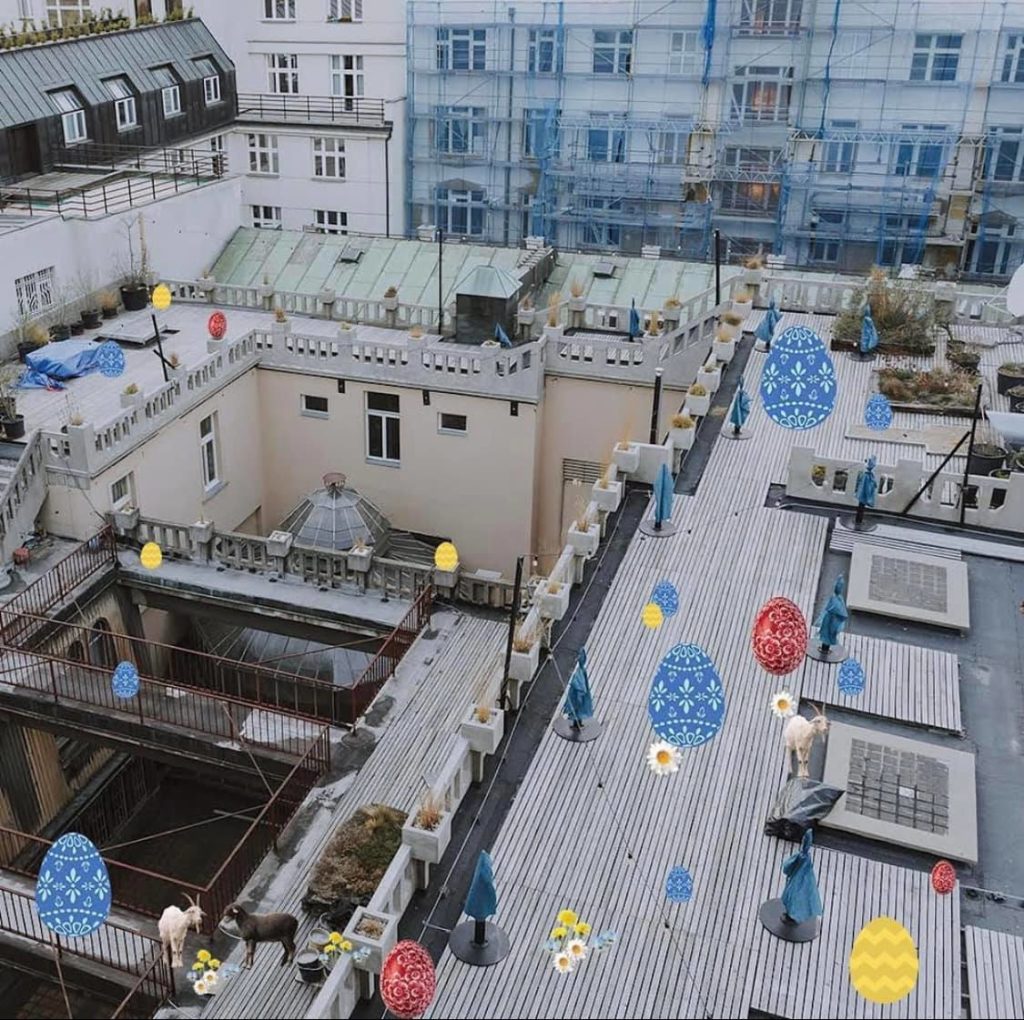 In 2014, investor Jan Bárta instigated a meeting with madame Havlová at her farm Košík and café owner Ondřej Kobza who was looking for a convenient roof, where could a community garden be built according to the model of the famous Brooklyn Grange Farm.

They all agreed and the project was joined by architect Petr Hájek who considerably contributed to the successful renovation of the roof. In its new appearance, it resembles a deck of a transoceanic steamer. New iron railing was built and foremost, the roof was finally opened for a few days for the first time after long 95 years. For 3 days in 2016, for 7 days in 2017 and for 15 in 2018.

Among the events taking place here, there were morning yoga, lectures, book christenings, movies projections, concerts at the dusk with Iva Bittová and Dan Bárta, Holy Mass with Láďa Herian, the roof was converted into a green yard within the project Meadow upon the Lucerna.