The two actors will both receive their awards during the closing ceremony on July 9 in the spa town of Karlovy Vary outside Prague in the Czech Republic.

Rush will receive the Crystal Globe for Outstanding Artistic Contribution to World Cinema, an award that in the past has gone to Michael Caine, Julianne Moore, Jude Law and Judi Dench.

Three of Rush’s films – “The King’s Speech,” “Quills” and “Shine,” for which he won the Academy Award for Best Actor – will be screened at the festival.

Rush began his career in theater with the Queensland Theater Company. An important turning point in his cinematic career came in 1996, when he excelled in the role of composer and pianist David Helfgott in Scott Hick’s “Shine,” which won him an Oscar, a Golden Globe and a BAFTA.

Two years later, he was again nominated for an Oscar, this time for his role in the historical romance “Shakespeare in Love.” Despite his work in cinema, Rush never left stage acting behind. In 2009, he won a Tony Award for playing the lead in Ionesco’s “Exit the King.”

He has been one of Hollywood’s most frequently cast actors since the 1990s. An important film in his career was Bryan Singer’s “The Usual Suspects” (1995), for which he earned a Film Independent Spirit Award. The following year, he excelled in director Julian Schnabel’s “Basquiat,” which was also shown in Karlovy Vary and which brought him his second Film Independent Spirit Award.

The Karlovy Vary International Film Festival began in 1946 and is the foremost film festival in Central and Eastern Europe. This year’s festival, which runs from July 1-9, is the 56th KVIFF and will present more than 160 feature films across 13 sections. 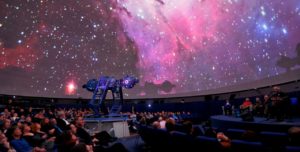 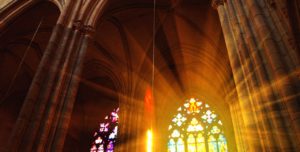 Share via: Next Friday, Jun 10, the Night of Churches will be taking place. In Prague alone, more… 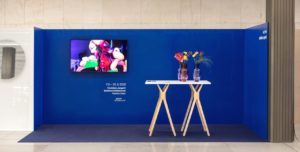