While exploring the area of Petrské náměstí, you may not expect to discover a slice of Punjabi royalty nestled opposite the gothic shape of St.Peter’s Tower. But that’s exactly what the K- The Two Brothers restaurant has bought to the riverside area of Prague 1.

Since it opened in 2014, the two real-life brothers who run the restaurant have served delicious North Indian food in a luxuriously decorated restaurant fit for a king.

Prague Morning met with front-of-house manager Sumit to discuss their story over a curry, rice, and naan. “I never planned to open my restaurant in Prague. I wanted to set up in New Dehli,” he admits. “But after I visited the city in 2011 following a trip to Poland for my brother’s wedding, I fell in love and had to completely change my mind.”

As soon as I saw the building we are now based in I asked my brother: ‘This place has potential, shall we go for it?’ Soon enough we had bought the lease and spent the next eight months renovating the space.”

When you visit The Two Brothers, you step into a portal to ancient Kapurthala, once an Indian kingdom. “I was determined to represent India – and specifically the town of Kapurthala where my parents lived-  authentically,” he said. “I wanted my restaurant to represent the bringing together of Punjabi and Czech culture over food.” Sumit’s quest for authentic representation doesn’t stop at the food, which is cooked by his brother, Rony. 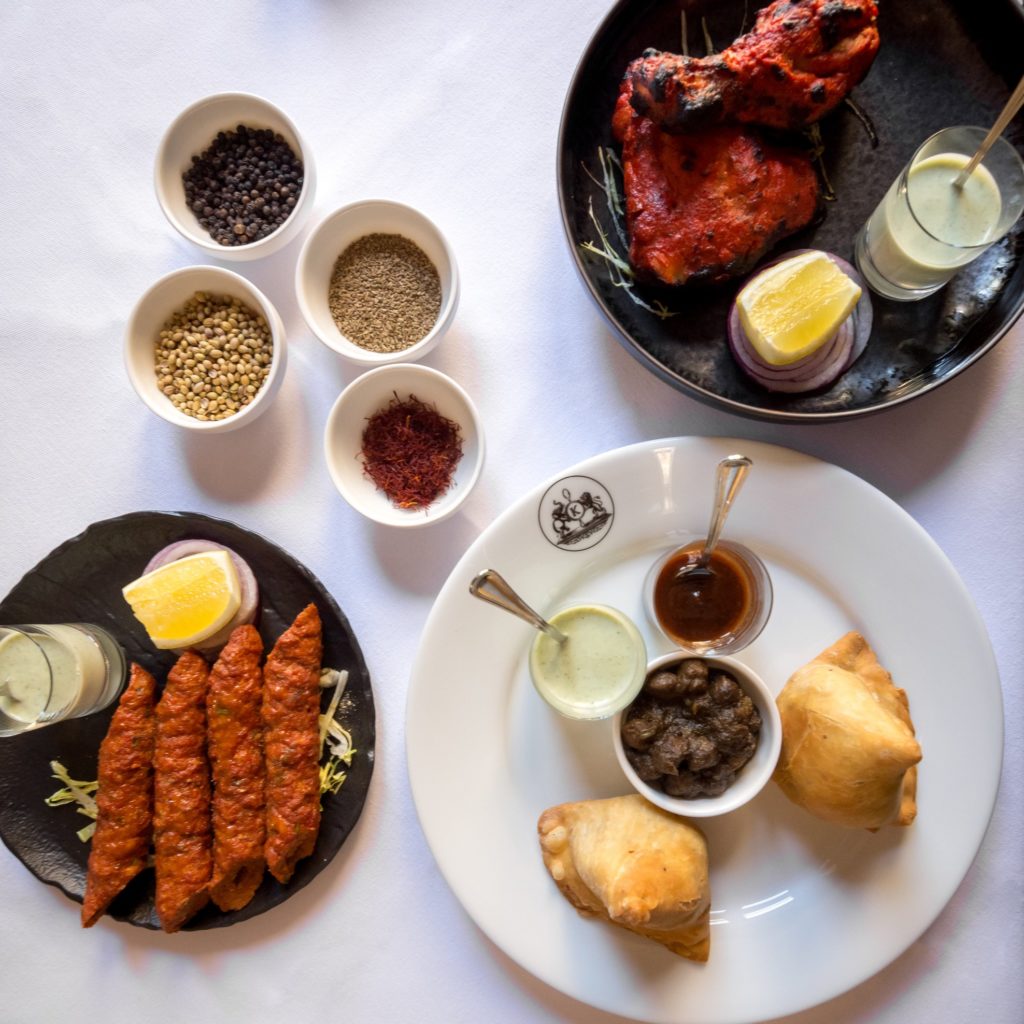 “I have a background in interior design and hospitality, so it made sense for me to combine these two interests. The details were important to me. Our logo consists of an elephant, to represent India, the tiger is taken from the Czech flag, the K stands for my hometown and the spoon facing up to the sky is from my mother who told me this represents good luck. I guess it worked because we are still serving six years later!”

As you sit down to dine on dishes bubbling with rich flavour, you’ll be watched over by a giant portrait of Maharaja Jagatjit Singh, a Kapurthala ruler. Everywhere you look you’ll be greeted by such lavish remnants of Punjabi history. The restaurant is styled after the royal palace, Sumit tells us. The hand-embroidered curtains, chairs, tiger rug, and even the bar were constructed in India.

The restaurant descends from an era when celebration of life, culture, luxury, open-mindedness, hospitality, and happiness all together were a must. Once you’ve soaked in the sparkling chandeliers, gems, and gold trimmings, it’s time to eat.

The Two Brothers offers an expansive menu of meat-based, vegetarian and vegan dishes, ranging from classic North Indian curries and side dishes to starters of pastries and tandoori shashlik. Head Chef Rony spent months learning from traditional chefs at an Indian cookery school to infuse authentic flavours into his dishes. It clearly worked – The Two Brothers has welcomed the likes of Katy Perry and Orlando Bloom, Jackie Chan, Karel Gott, and John Malkovich to dine in. 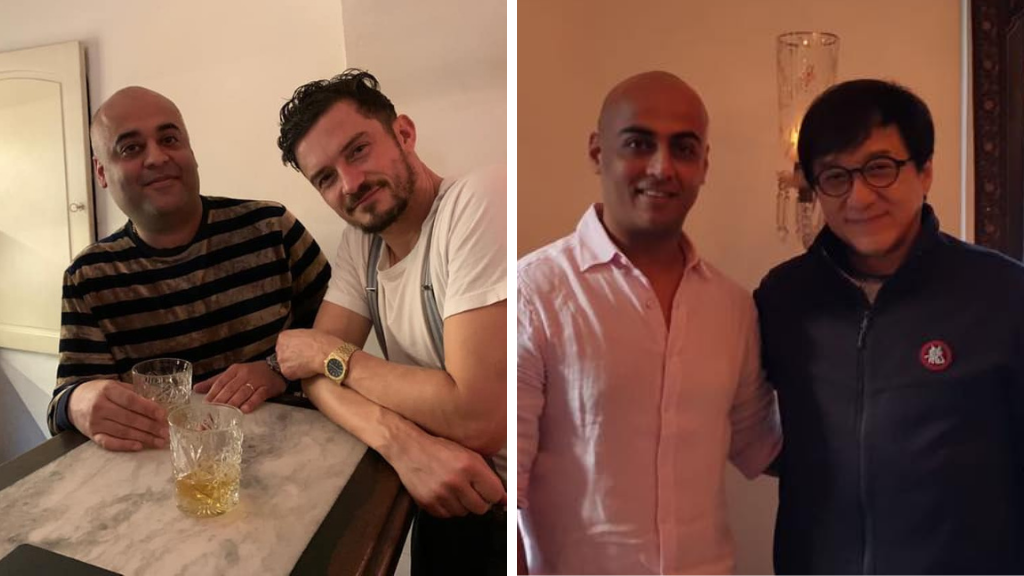 If you want to explore this Punjabi delight for yourself, treat yourself to their lunchtime special. A feast of curry, rice and naan will cost you just 169 Crowns, a deal you can grab between 11 am and 3 pm, Monday to Friday. Outside of these times, the restaurant is open 7 days a week, and Sumit is eager to serve you. “We’ve opened up a private room to help with social distancing while continuing our strict hygiene regime. We are offering takeaway for anyone who can’t make it into the restaurant, but we hope people will come to visit.” 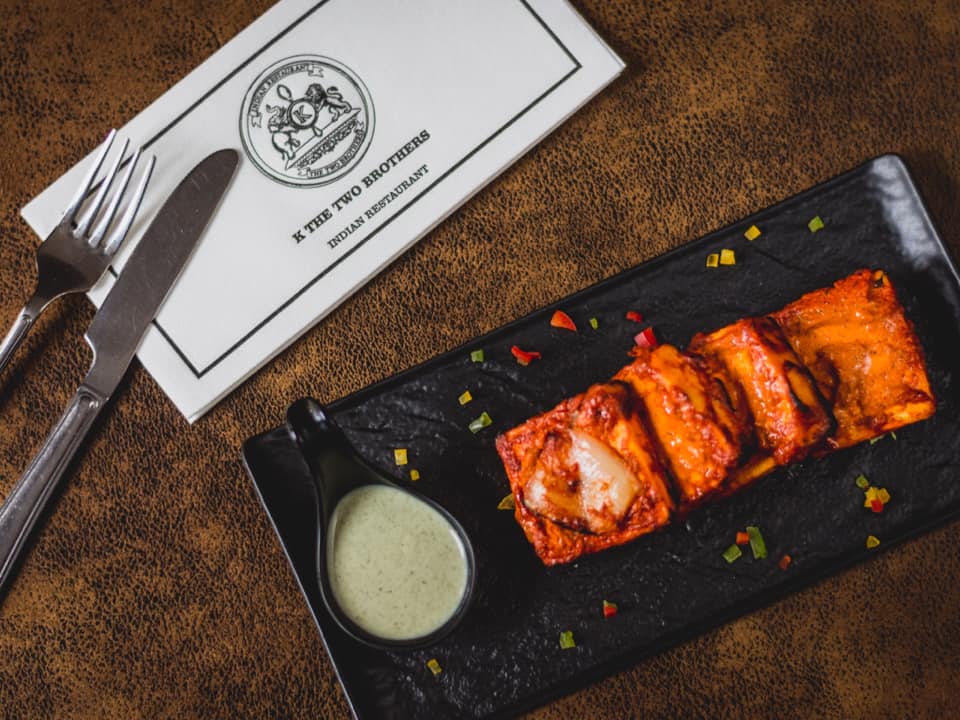